Susan joined the team of specialists on the Roadshow in 2006. As well as being on the show, she is also a Freeman of the Goldsmiths’ Company and has her own gallery in Harrogate.

In an interview with The Stray Ferret, Susan reflected on some of her favourite pieces she has seen as well as voicing her excitement for the upcoming show at Newby Hall.

When asked what it is like to work for the Antiques Roadshow, Susan told The Stray Ferret:

“Working for the show is just great fun and although we are all individual specialists with our own areas of expertise, we work really closely as a team, from production, through to camera men, through to specialists. It’s about everyone putting in 100% to get the effects that everybody sees on the television.” 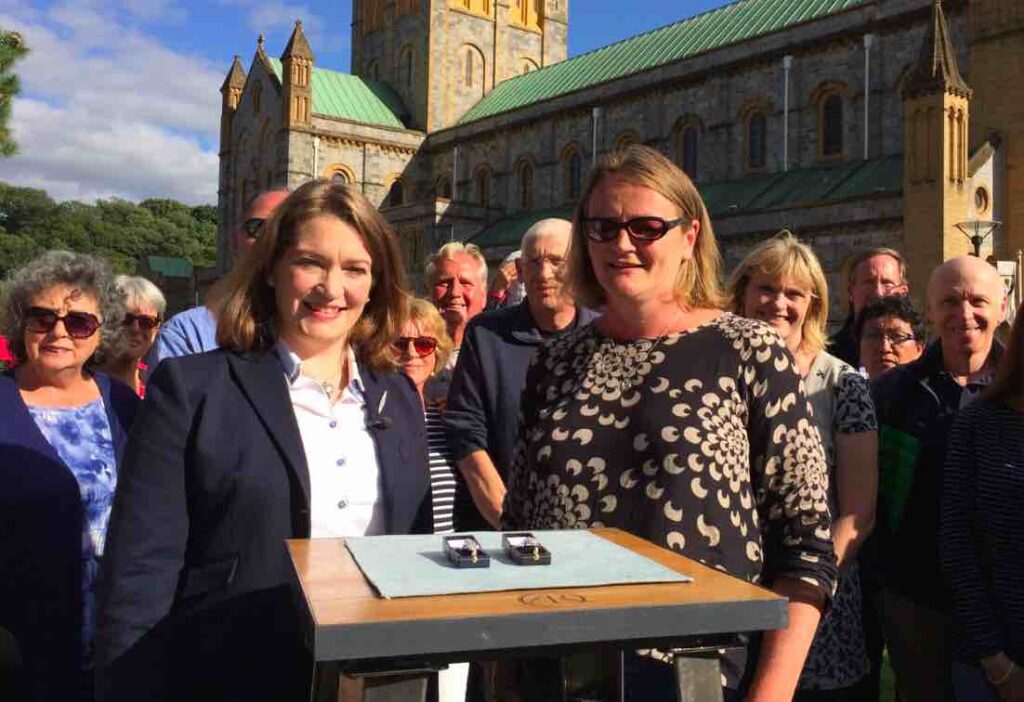 Susan Rumfitt pictured with a client at Buckfast Abbey.

Despite the current climate, Susan said that the show may look a bit different but will still have the superb Antiques Roadshow charm. She told The Stray Ferret:

“From a clients perspective coming to the show, they will still get the same attention as they normally would do. We are all looking forward to doing it in whatever format we are able to. The fact that it is coming back to Yorkshire at such a beautiful spot will showcase our area so well…I am delighted it is coming to Newby Hall.”

Susan was approached by the team at the Roadshow two years before joining, due to her extensive background in antique jewellery. Since then she has seen a number of fascinating pieces, with one of her favourite’s being a gold bracelet originally belonging to Queen Victoria.

This Ripon pie company has been through a lot in its 90-year history. It turned to pizza during the pandemic and has now bounced back to create new jobs.