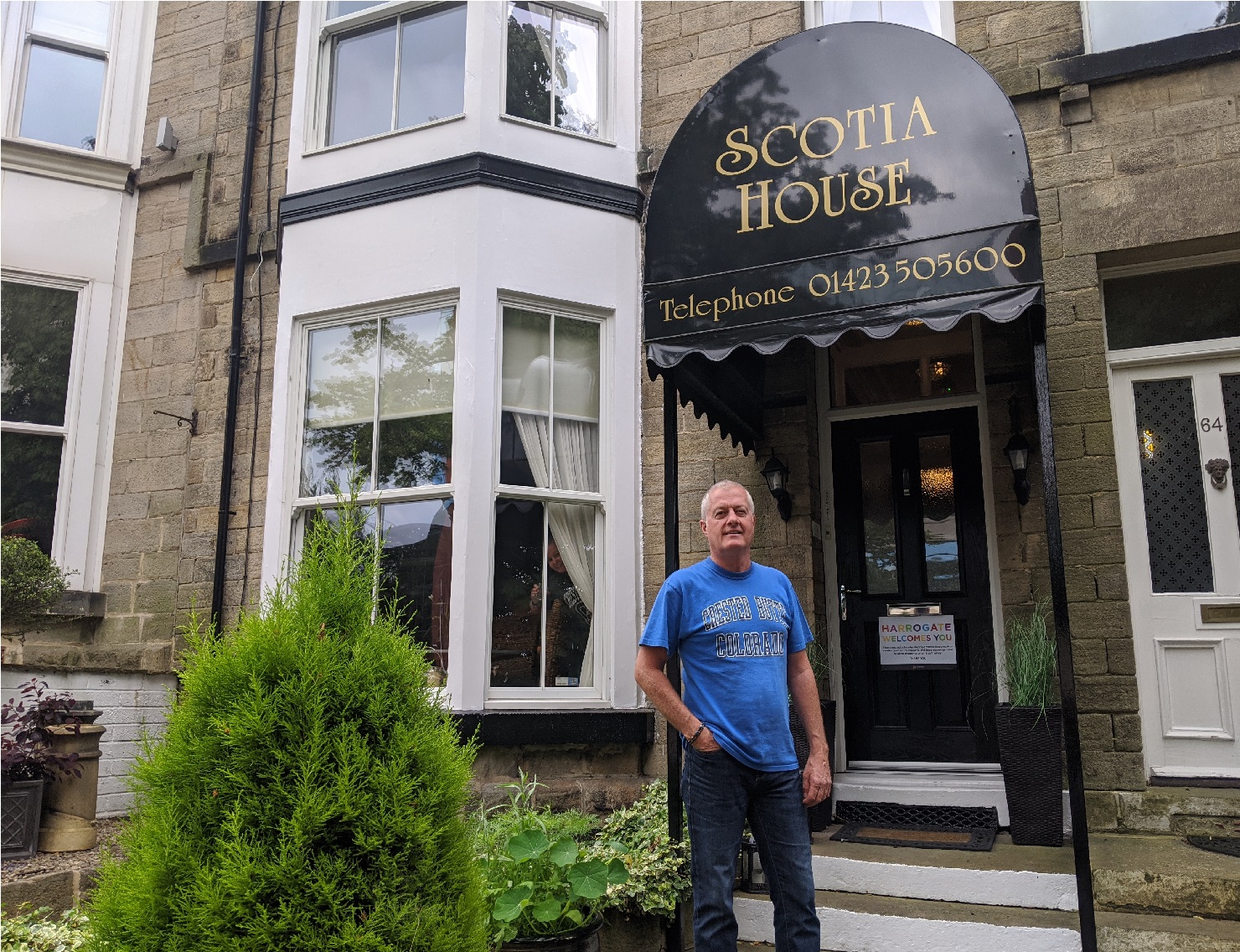 Businesses on Kings Road who normally benefit from Convention Centre trade are trying to stay positive as the news that NHS Nightingale will remain at the site until March.

South African couple Mark and Gill Church only moved to Harrogate in December after searching all over the UK to find their dream location. They fell in love with Scotia House, a hotel on King’s Road that stands in the shadow of the Convention Centre.

Mark and Gill are enjoying welcoming guests again after being closed for several months but Mick said it’s been a “brutal” start to their new life in Harrogate.

Mark watched the announcement that the NHS Nightingale hospitals will stay open from Boris Johnson on the news. He said that whilst he welcomed the NHS using the Convention Centre as a hospital, the longer it stays there the more damage it could cause the town.

“For our business and for the town, it’s very bad”

Mick Wren, co-owner at Cold Bath Brew Co said the Convention Centre being closed until March is a “huge blow” to Harrogate. 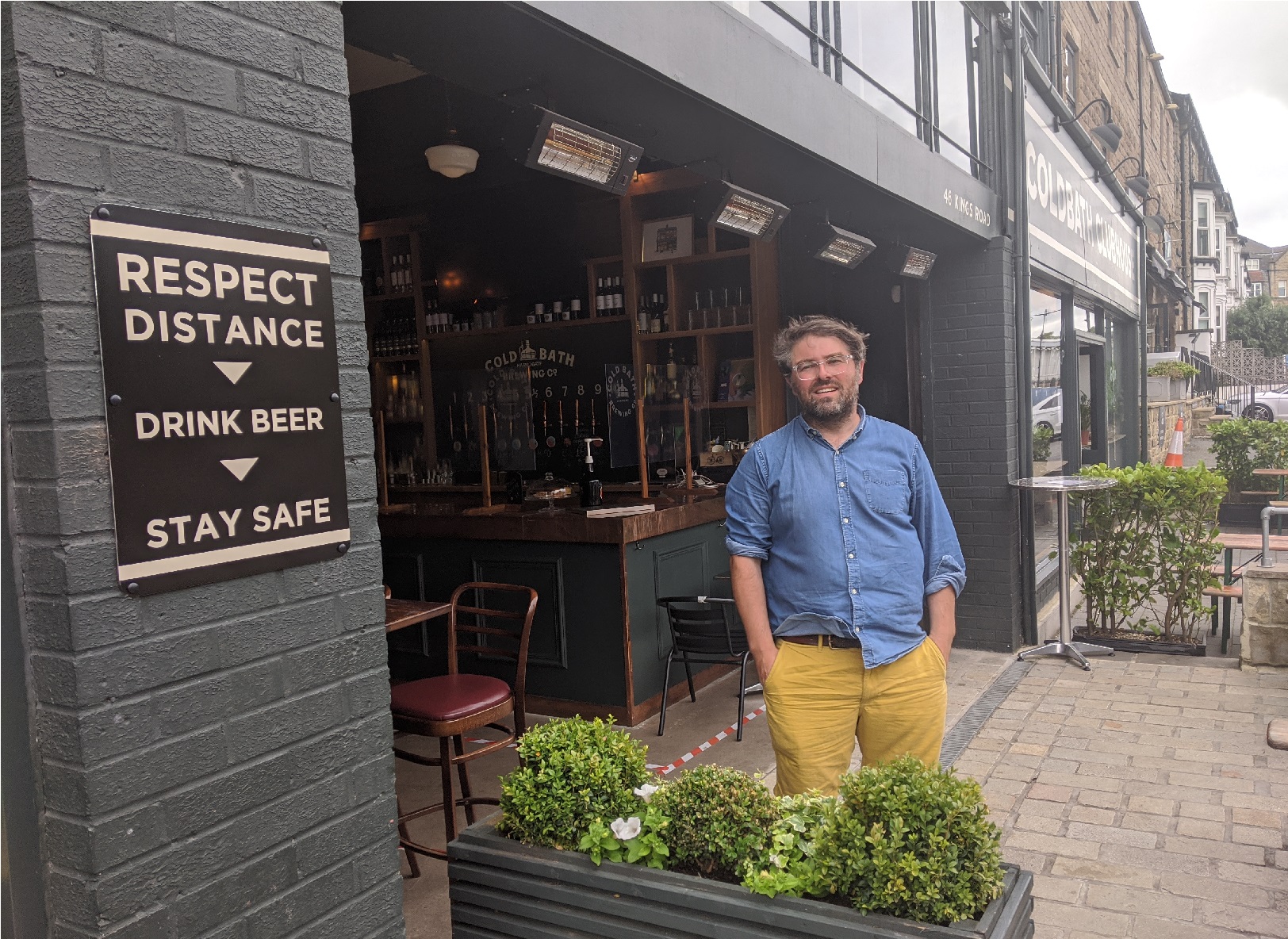 Mick said their business is not as reliant as nearby guesthouses for conference trade and estimates that around 10% of its business comes from people attending events.

He said he hopes that the Convention Centre can return to what it once was.

“I’d like to see it how people tell me it was around 15-20 years ago. But back then there weren’t as many convention facilities like this. Now there are 20 or 30 across the country.”

“The frightening thing is if big ones go somewhere else and like it – then they might not come back.”

Kim Wilson owns the Camberly and the Lodge on Kings Road. She has been part of the Harrogate Scrubbers group making PPE for hospital staff whilst her hotels have been closed. 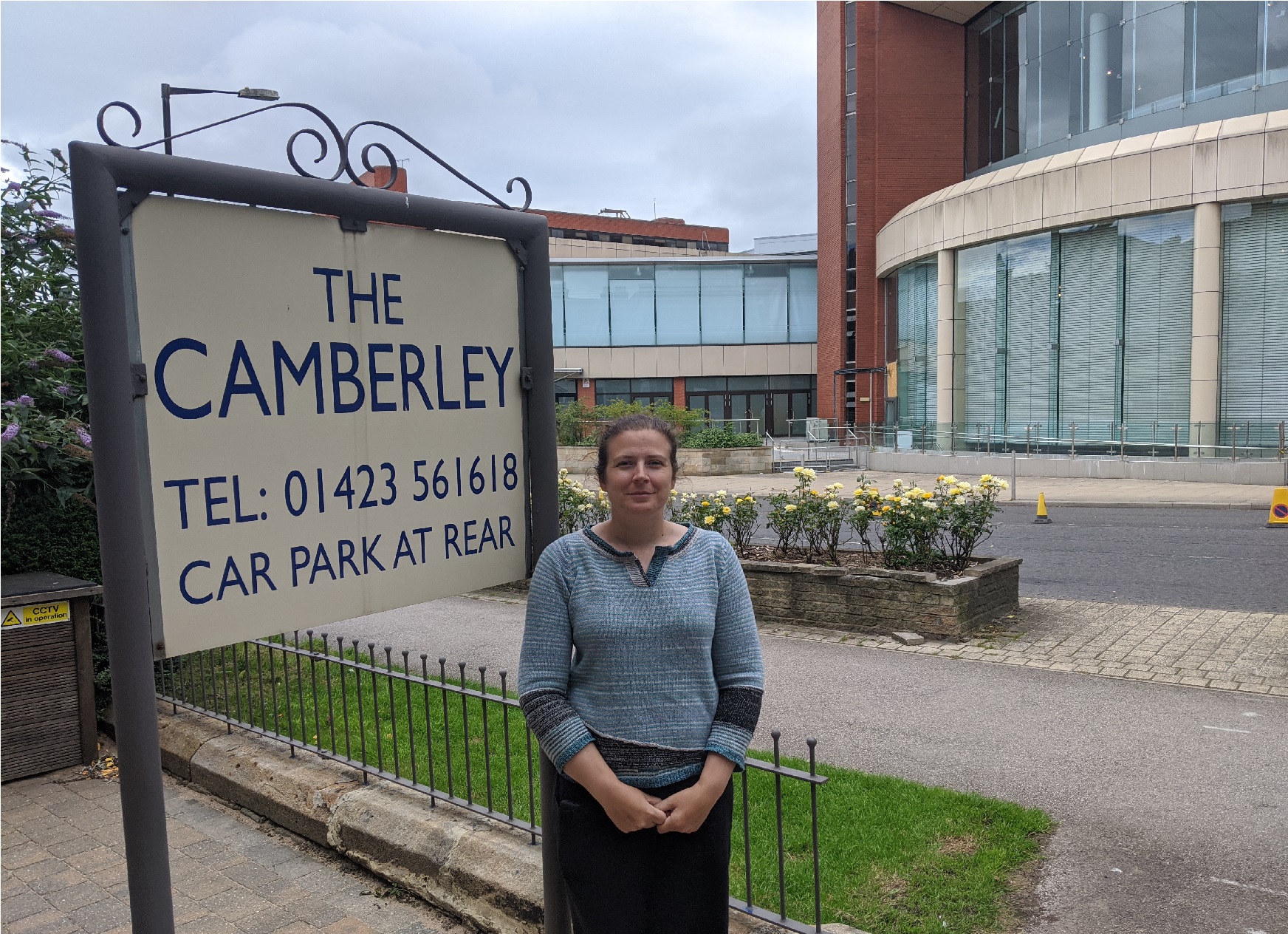 Kim Wilson, co-owner of the Camberley.

Kim said July is normally their busiest month and it’s been tough to miss out on events at the conference centre as well as the Great Yorkshire Show and the Theakston Crime Writing Festival.

There have been calls for the government, the NHS or even the local authority to provide compensation to businesses affected by the Nightingale – which Kim says is wide of the mark.

Looking to the future, Kim said that Harrogate can now position itself as more than just a conference town. She said she is optimistic that things will return back to normal eventually.

“I think things will recover and people will be surprised how quickly things snap back”.