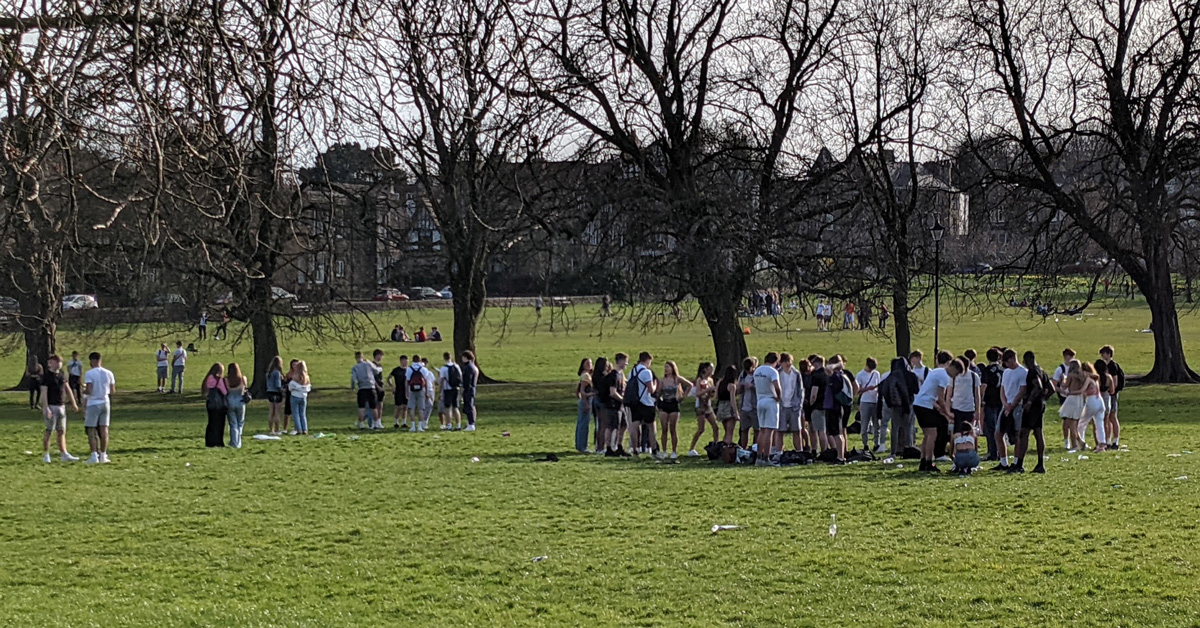 The police did not hand out any fines when people partied on the Stray last week, it was revealed today.

The easing of lockdown combined with good weather led to large gatherings.

Despite evidence many people broke social distancing rules, North Yorkshire Police told a press briefing today it did not issue any fines.

Under current rules, people can only gather in groups of six. But this was clearly being flouted on Harrogate’s Stray last week.

Police were seen interacting with people on the Stray but did not disperse the crowds.

Since March 29, when lockdown restrictions eased, North Yorkshire Police has handed out 11 fines. Ten were for indoor gatherings in Scarborough.

“No fines were handed out but I do have confidence in our officers and PSCOs that if fines were the proportionate response then they would have been issued.

“So outdoor gatherings are governed by the rule of six or two households. These can take place in public spaces or private gardens with social distancing rules in place.

“There are a number of exceptions that we have to take into consideration, including that two households may comfortably exceed six people and that linked households for care and support only count as one household.

“Clearly the continued ‘four Es’ approach is vital to help our officers and PSCOs determine whether there has been a breach in the regulations.

“But my message to the public as the weather gets better as we saw on the Stray that day, people either plan or spontaneously go to public outdoor spaces.

“If you do go to public outdoor spaces you need to make your assessment when you get there as to whether it is safe for you and your family to be there. So that’s the expectation as that is common sense.” 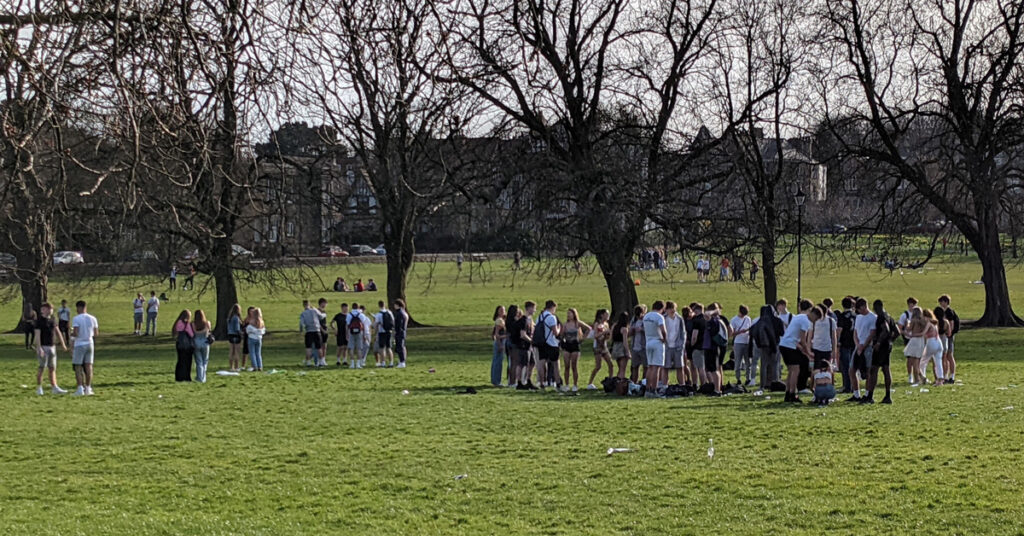 Police officers engaged with those breaking social distancing rules on the Stray but were unable to disperse the crowds.

Some residents were left with a sense of deja vu, as the heavily littered scene was almost an exact replica of what happened on the Stray on various occasions last summer.