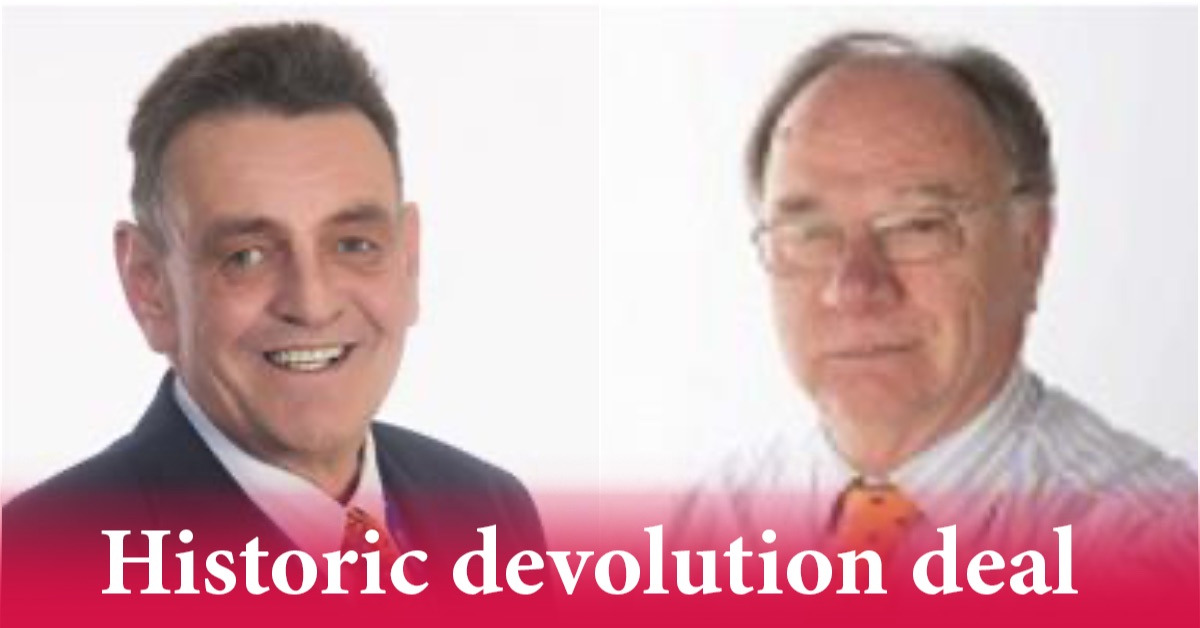 Opposition leaders in North Yorkshire have given a mixed reaction to the announcement that a devolution deal has been agreed and have questioned whether the county’s residents will be fairly treated.

With the Tories achieving a narrow majority in May’s elections, opposition councillors say they will hold North Yorkshire County Council’s Conservative administration to account over how the gain-share or extra funding from government is divided between the county and York.

The comments come as a historic 30 year devolution deal was announced by ministers today, which will mean North Yorkshire and York will see an elected Mayor in 2024 with £540 million pounds of government cash.

Leader of the authority’s largest opposition group, the Liberal Democrats and Liberals, Cllr Bryn Griffiths said he had reservations over devolution and the combined authority and mayor that went with it.

“The only way to get significant money from the government at the moment it seems is via combined authorities. I don’t think it’s the right way to do things, but it’s left areas without one in between the Devil and the deep blue sea.

“I don’t think mayors are very accountable, but if it gives access to funding it’s a balancing matter between accountability and funding.”

‘Not a great exercise in democracy’

A number of other authority opposition members have similar concerns that devolution has proved to be an intensely political process.

“It’s worrying in that it’s a political process as that means a change in government in a couple of years’ time could lead to all sorts of problems with it.

“A new government might not want things to work that way, and then the governance rules that appear to be set in place for it would be an absolute farce.”

Cllr Parsons said suggestions that two North Yorkshire and two City of York councillors would form the decision-making body on the combined authority with a mayor would be a blow for democratic representation and democratic decision-making.

He said the councillors on the combined authority would be from a council’s ruling group there would be no “serious political representation on that body”.

Green Party group coordinator Cllr Andy Brown agreed that devolution “did not appear to be a great exercise in democracy” in the county.

“Genuine devolution would be a fantastic thing for North Yorkshire. Unfortunately it’s not what is taking place.

“At the moment we have a massive exercise in the centralisation of the district councils into one gigantic council and that council has yet to demonstrate it understands fully democratic processes.

Meanwhile, Labour group leader Cllr Steve Shaw Wright said while he believed devolution would benefit North Yorkshire, he was uncertain about the timing.

He said the combination of launching a new unitary authority, starting negotiations with City of York Council and holding mayoral elections was “an awful lot all at once”.

“I know there’s financial benefits, but it’ll not repay what we’ve had cut over the last 10 years.”

He added suggestions that the combined authority would feature just two York and two North Yorkshire councillors was “a recipe for disaster at the worst and deadlock at the best” and that a larger more politically representative decision-making body would be more effective.