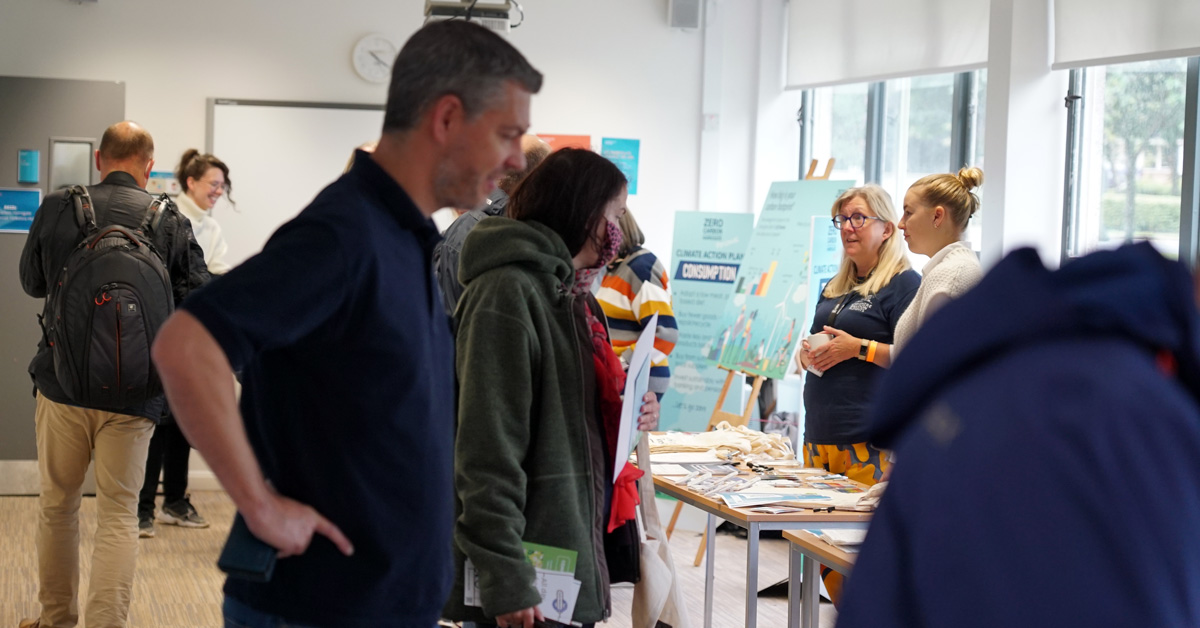 The first event as part of the festival was well attended.

With therapy sheep, a passive house and plenty of environmental experts on hand – the organiser of the first event as part of the Harrogate district Climate Action Festival has hailed its success.

The three-week festival, which encourages local people to reduce climate damage, kicked off with an exhibition at Harrogate College on Hornbeam Park today.

More than 30 exhibitors were at the free event between 10am and 4pm with demonstrations, live music as well as vegetarian and vegan food.

Holly Hansen-Maughan, partnerships and development lead at the college, told the Stray Ferret:

“We have been extremely busy, people have been coming through the doors since the moment we opened despite the weather.

“The people attending have given us some fantastic feedback and our speakers were great, we hope it enourages people to take action.” 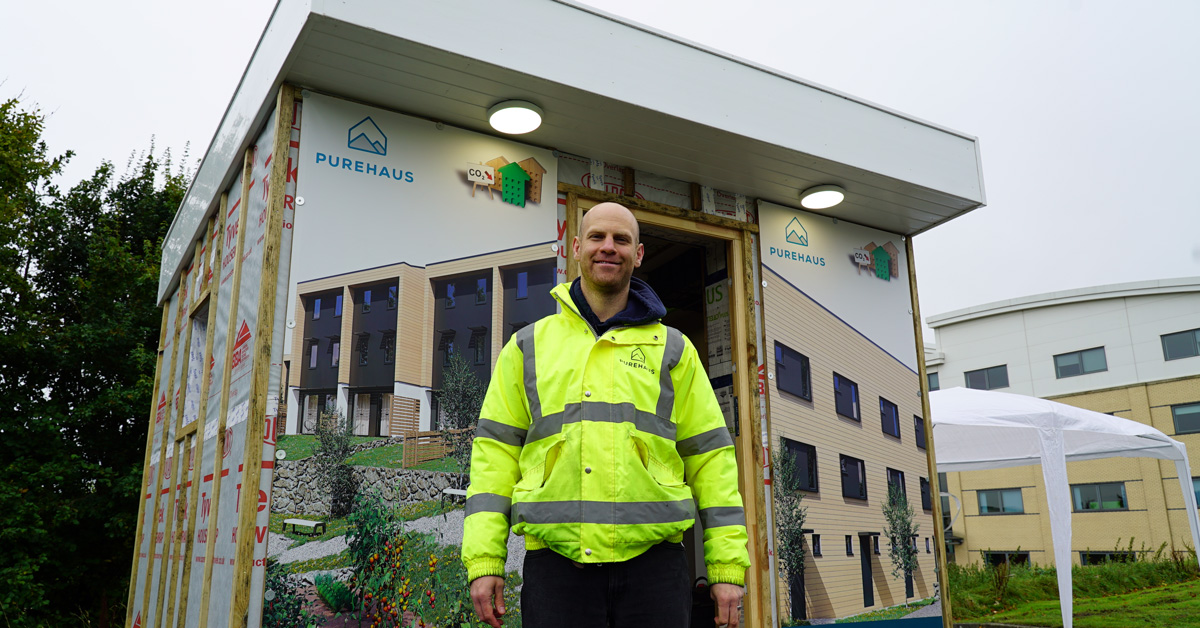 One of the big attractions at the event was a passive house, which Pure Haus built on site for the event. Kevin Pratt, a co-director at Pure Haus, also said:

“Our goal is to revolutionise the way houses are built in the region. There’s a lot of versatility with what we produce, I am really glad that we’re here today.

“There are a lot of misconceptions. There is a slight premium to the material but you get that back.” 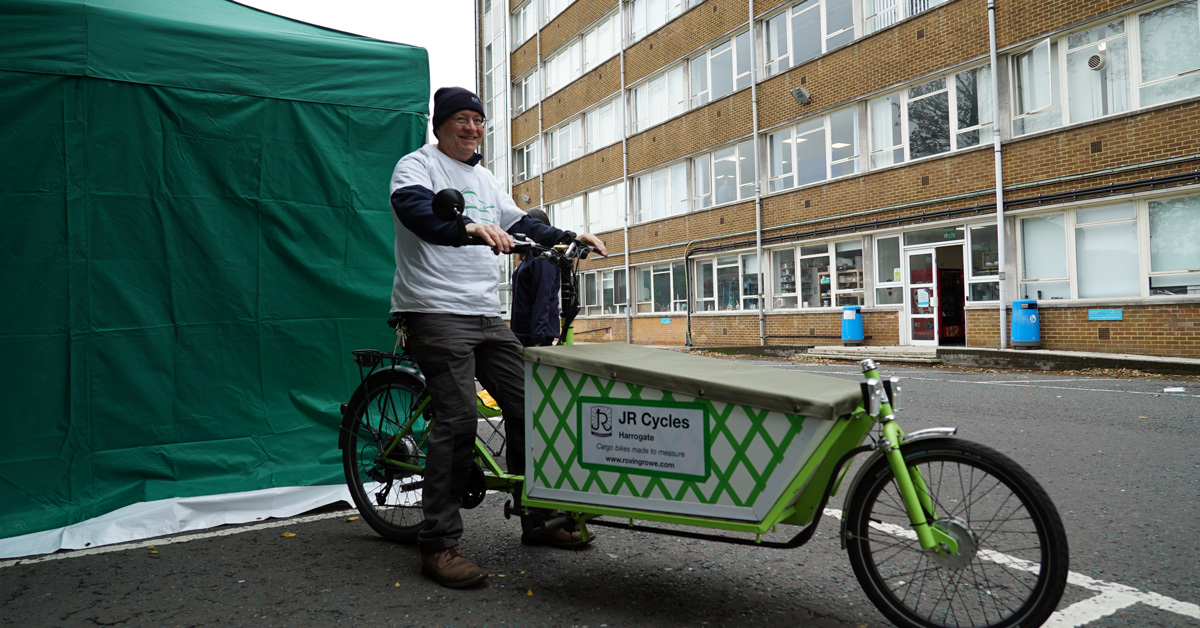 Heather and John Rowe, who set up Resurrection Bikes, were on hand to fix up bikes and show off a specially-made cargo bike.

“We have got this bike because lots of people go to the supermarket and make fairly short trips for a small amount of shopping and that is really bad for the environment.

“It’s bad for people’s health and for people’s wallets, especially with the petrol crisis. So if you have a cargo bike you can use pedal power to get to the shop.” 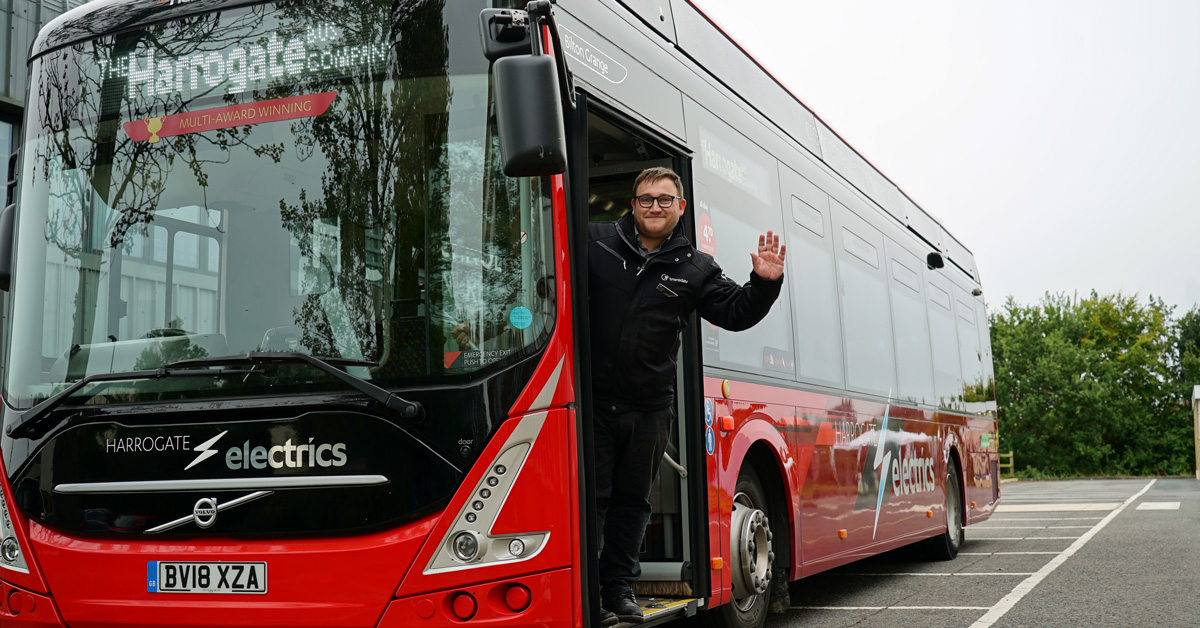 Dale French, who was showing off an electric bus on behalf of Transdev and the Harrogate Bus Company. He said:

“I am here to show off our existing electric buses and also to say that we are investing in more electric buses, we want to electrify our Harrogate fleet.

“So this is step one in Harrogate. Then we need to start electrifying Leeds, Knaresborough and more.” 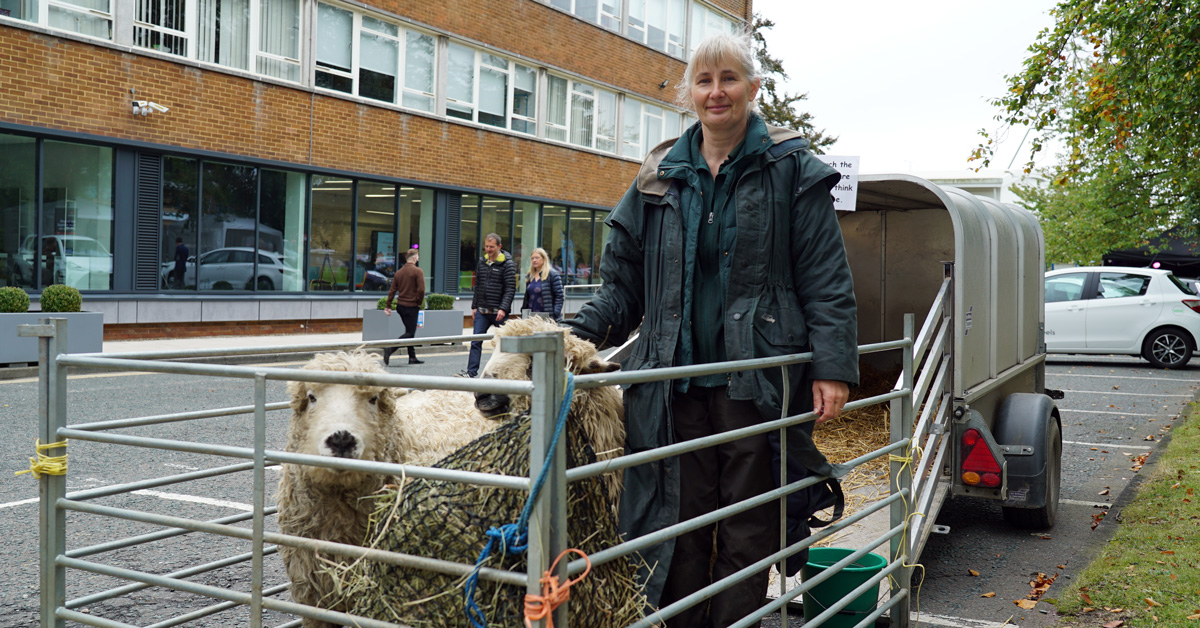 “We have brought the sheep here today because they are part of our management of wildflower meadows, they graze the land and a byproduct is wool.

“Farming has earned a bit of a bad reputation with the environment. I think because we are small it’s easy for us to be sustainable.”