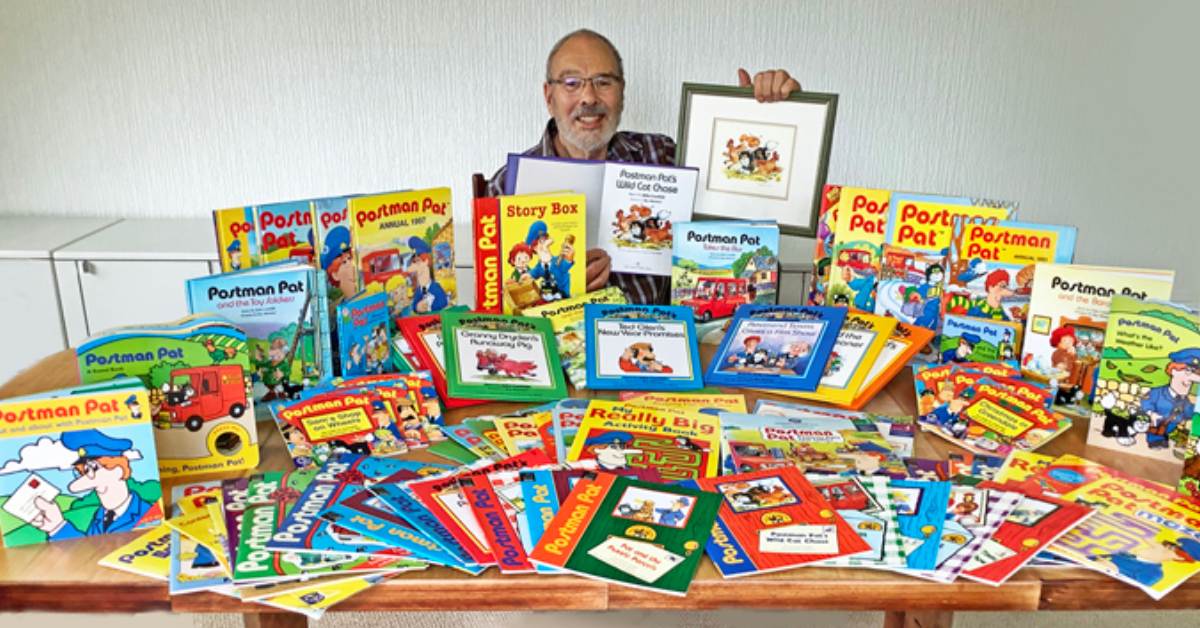 Ray Mutimer from Knaresborough was the main Postman Pat artist for fourteen years.

Now 84 years old, Ray is holding what he believes will be his last exhibition and sale of his original artwork for the much loved children’s books.

Ray has lived most of his adult life in the Harrogate district. Before becoming a children’s book illustrator he was head of art at St Aidens School.  It was only when his son was born that he started creating children’s picture books.

In 1989 he began illustrating the Postman Pat book series and quickly become the franchises’ premier artist.

Looking back on his career Ray said:

“I’m surprised I’ve been paid to do it, I enjoyed doing it so much. I like drawing, I don’t find it difficult. I tried to make the stories come alive as much as possible.

For example if Pat was talking to Mrs Goggins, I’d put Jess the cat in the background on a wall trying to jump on a bird. I liked to create a little subplot. “

In 2001 on its 20th anniversary, the creator of Postman Pat, Ivor Wood, sold the rights to Entertainment Rights and Ray lost his job. He told the Stray Ferret that he thinks it doesn’t have the charm it had.

“The original had a help you neighbour feel and a wonderful sense of community. When Ivor sold it, it changed and was brought up to date. I think they spoiled it.

The exhibition is part of Knaresborough’s FEVA festival.  Roy said he could have sent his illustrations  to London to be sold but he wanted to do it locally so people could enjoy them.

“I get Grandmother’s buying the pictures and want to take a photo with me and their baby grandchildren. It’s embarrassing but lovely” . 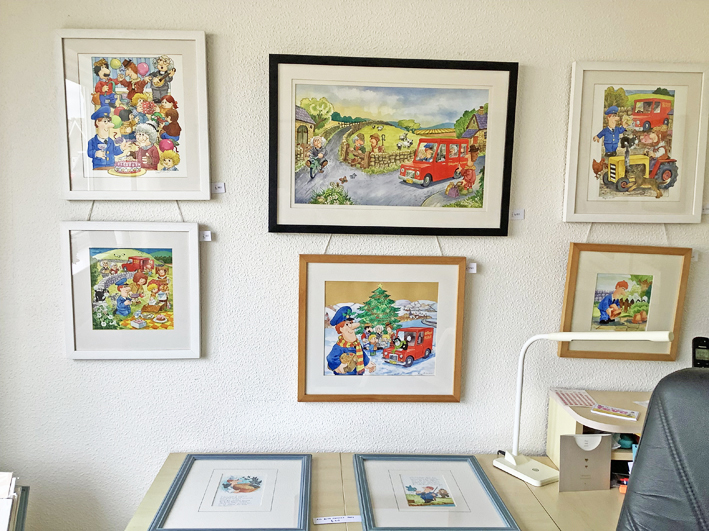 Some of Ray’s original illustrations