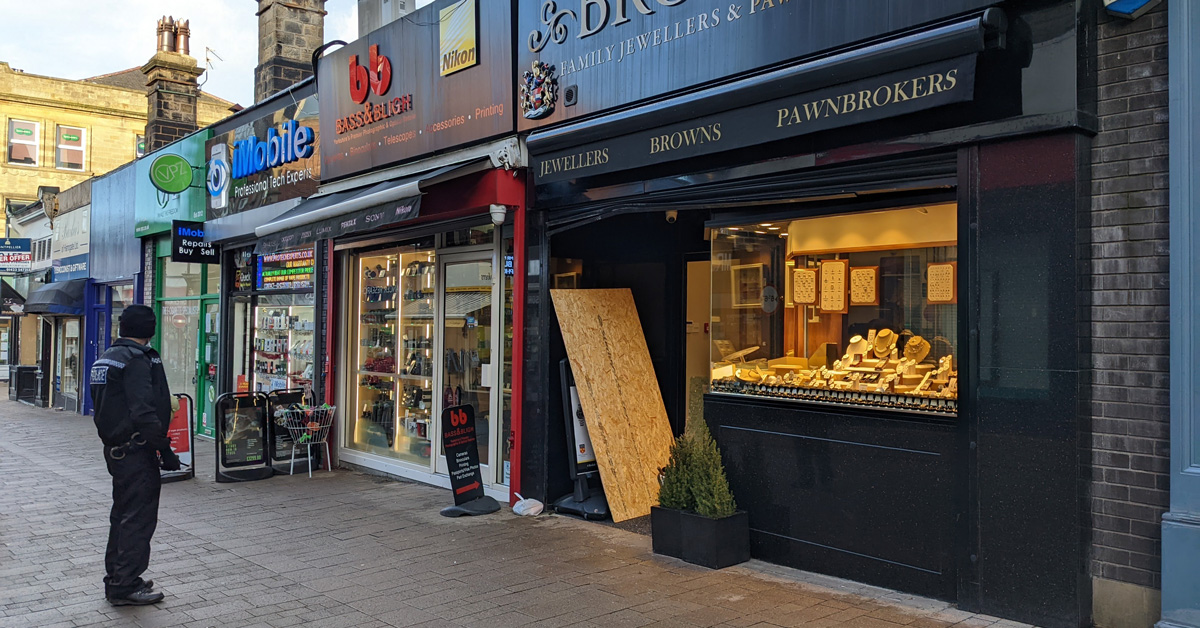 The shutters appear to be damaged and the door has been smashed.

Police are investigating after thieves smashed their way into a jewellery shop in Harrogate overnight.

Browns Family Jewellers on Beulah Street has been a hive of police activity today with officers carrying out investigations. The jewellers was broken into at 2.30am this morning.

At this time it is unclear how much jewellery, if anything, the suspects managed to take from the shop.

“I can confirm that the intruder and fire alarms, due to a smashed window and the presence of smoke in the property, activated at 2.28am today.

“It appears that the suspects entered the building but it is not yet clear if anything was taken.

“CCTV and forensic examinations are ongoing along with neighbourhood enquiries.”

North Yorkshire Police has asked for anyone with information on the break-in to get in touch by calling 101. Alternatively call Crimestoppers anonymously on 0800 555111.