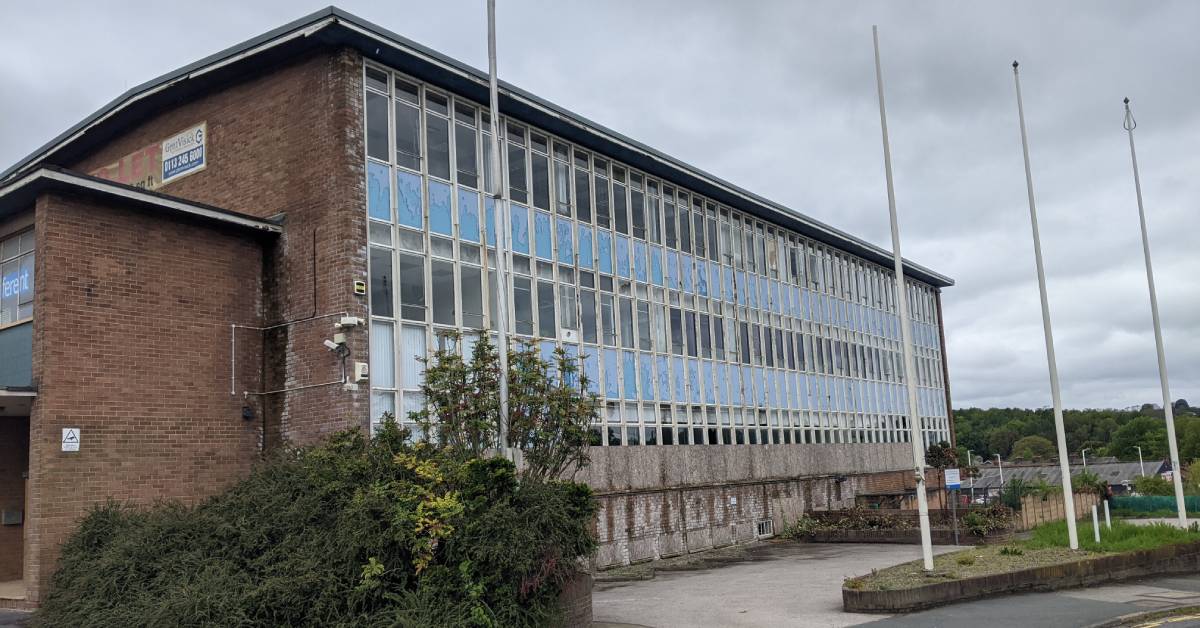 Pannal and Burn Bridge Parish Council has criticised Harrogate Borough Council for leaving the village with an “eyesore” of a development on the former Dunlopillo office site.

Last month the borough council approved a plan to demolish the office block and replace it with apartments, despite backlash from residents and Harrogate and Knaresborough MP Andrew Jones.

The proposal will see the 1961 office block replaced by 48 one-and two-bedroom apartments.

The parish council has criticised the borough council for granting permission for the development, which it says will mean the village has “a more hideous, more obtrusive building”.

It added it had written to Wallace Sampson, chief executive of the borough council, to “express its frustration” at the decision.

A spokesperson for the parish council said:

“The parish council has written to Mr Sampson, expressing its frustration that because of Harrogate Borough Council’s failings, the parish will have to live with an unsightly, even larger eyesore than it has suffered since that same council’s failure back in 1960 to prevent the initial build.

“The problem is how Pannal and Burn Bridge Parish Council could afford to take the matter to judicial review, having legal limits as to how much taxpayers’ money could be spent on such a review? This shows the total imbalance of the whole planning system which is geared in favour of developers with very deep pockets, irrespective of right or wrong.”

Under the plans, the site will be split into two blocks, one with four storeys and another with six.

There will also be one car parking space per apartment plus additional spaces for visitors at the back of the building.

However, the plans have proved controversial with residents, the parish council and Mr Jones criticising the development.

Mr Jones wrote to Michael Gove, communities secretary, to ask for him to intervene “should the council’s local planning powers not be sufficient to enable full scrutiny of the application”.

He said the development should not have been lodged under the permitted development rights, which the application has been made under.

Johnson Mowat, which submitted the application, said in its planning documents that the scheme would be an improvement on the current empty office block, which has been deteriorating for several years.

The Stray Ferret has approached Harrogate Borough Council for a response to the criticisms.