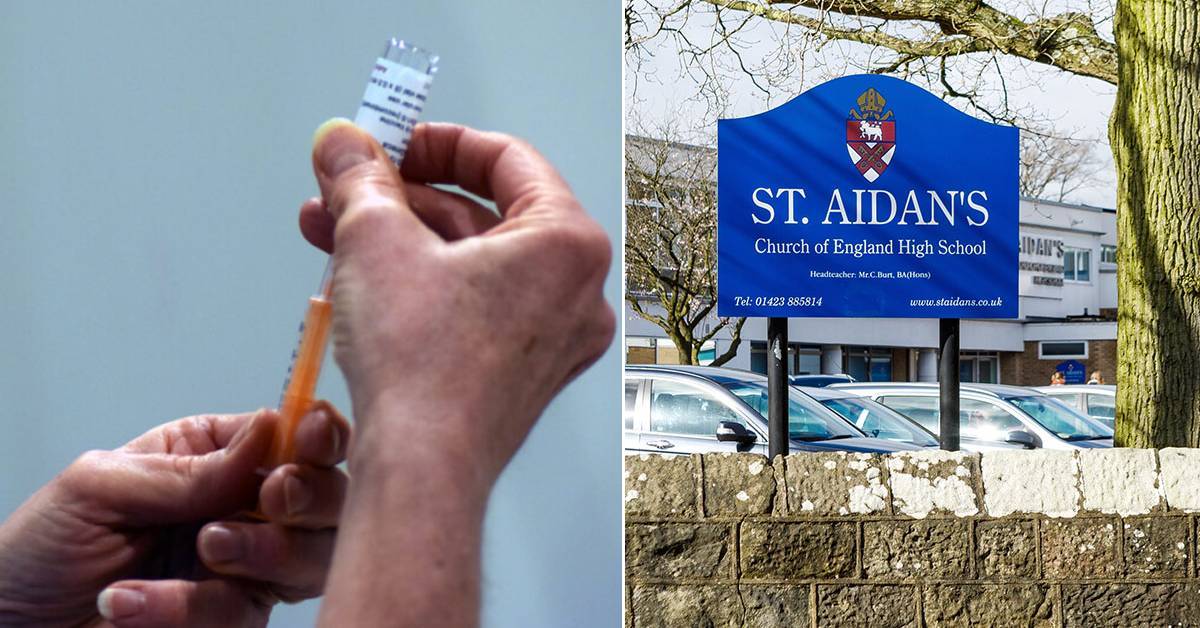 A group of parents of St Aidan’s Church of England High School pupils will form a ‘human chain’ outside the school tomorrow to protest against giving covid vaccines to children aged 12-15.

Children will be able to get their first shot of coronavirus vaccine from next week, the government has confirmed. It says this will reduce the chances of children getting covid and reduce the spread of the virus.

However, a group of Harrogate mums and dads angered by the move will hold a demonstration tomorrow. At least 10 parents are expected to take part in the protest on Oatlands Drive at 10.30am.

One of the parents, Laura Brett, told the Stray Ferret that giving vaccines to schoolchildren was “100% not worth the risk” and she hoped the protest would send a message to government.

“We need to do something. It’s like a bad dream. The narrative the government gives us doesn’t make sense.

Another parent, Alexandra Campbell, told the Stray Ferret she was taking part in the protest because she doesn’t believe the vaccine will benefit children.

“The Joint Committee on Vaccination and Immunisation have not recommended it for children but the government are ignoring this and doing it anyway. No one knows the long-term effects so why on earth would anyone want to put this in children’s bodies.

“This should be about choice, not pressure, virtue signalling or guilt.”

The Stray Ferret contacted St Aidan’s but did not receive a response by the time of publication.