0 Items
Picnic bench near Pinewoods goes up in flames
by 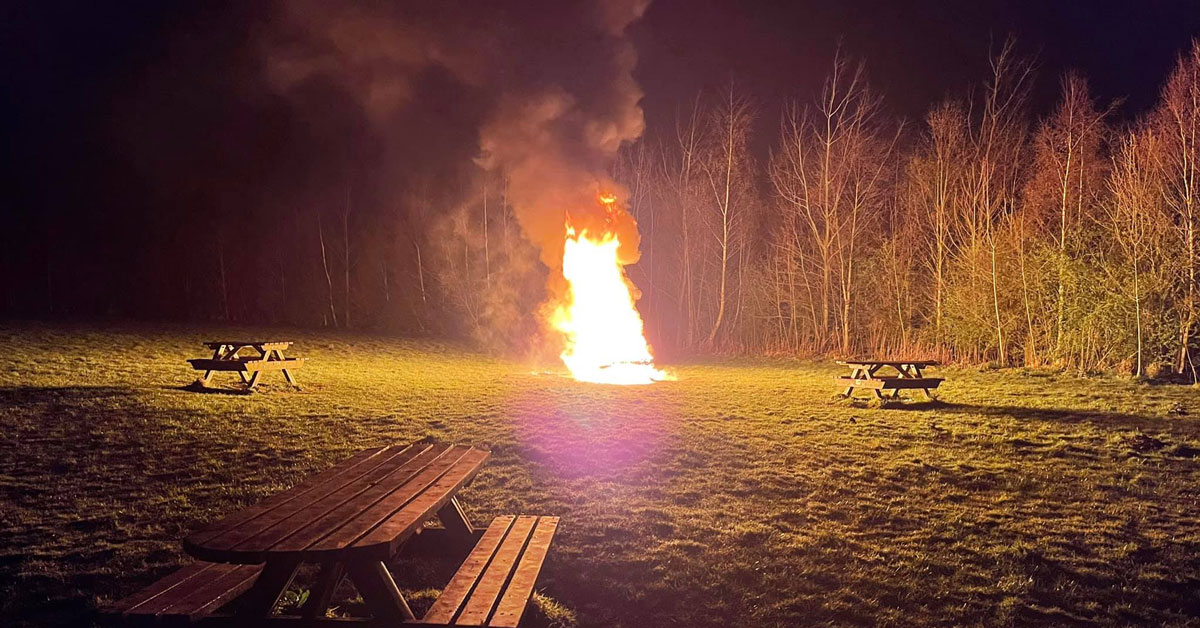 One of the picnic benches went up in flames. Photo: Ed Marshall

A picnic bench in Irongate Field near the Pinewoods in Harrogate went up in flames last night.

Firefighters from Harrogate attended the blaze at 9.30pm last night and used two backpack sprayers to dampen down the area.

North Yorkshire Fire and Rescue has now confirmed it believes the fire was set deliberately.

The person who found the fire said that he found beer bottles around the bench.

“A crew from Harrogate attended a fire in the open, this turned out to be a fire to a picnic bench.

“They used two knapsack sprayers and dampened down the area. The cause is believed deliberate.”