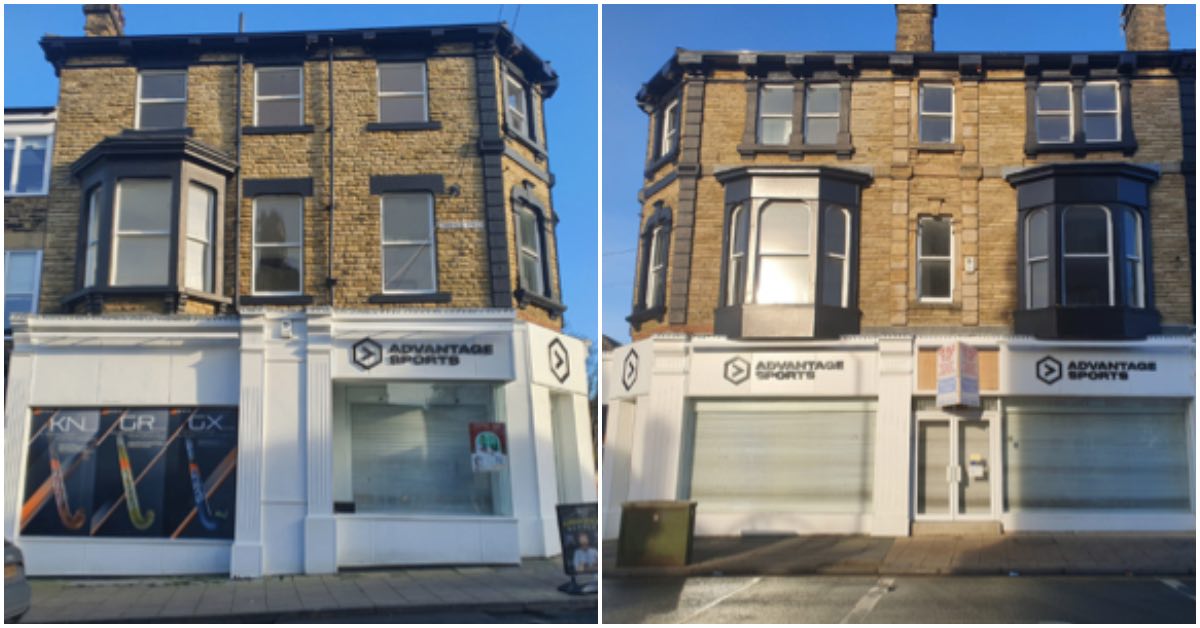 Plans for five flats to be created above a Harrogate shop have been approved.

The proposal submitted by investment company Quarters of Leeds is for the space above the former Advantage Sports shop on Oxford Street.

The shop closed in October last year after being a fixture in the town centre for many years.

Under the plan, the first and second floors will be divided into five flats and the ground floor will be retained as a retail unit.

Four one-bedroom and one two-bedroom flats will be created.

Harrogate Borough Council has granted permission for the scheme to go-ahead.

The developer said in documents submitted to the authority that the plans would help with housing for the town.

“The proposal will help support the creation of much-needed housing, giving the high street a new lease of life, while still retaining part of its retail character.”