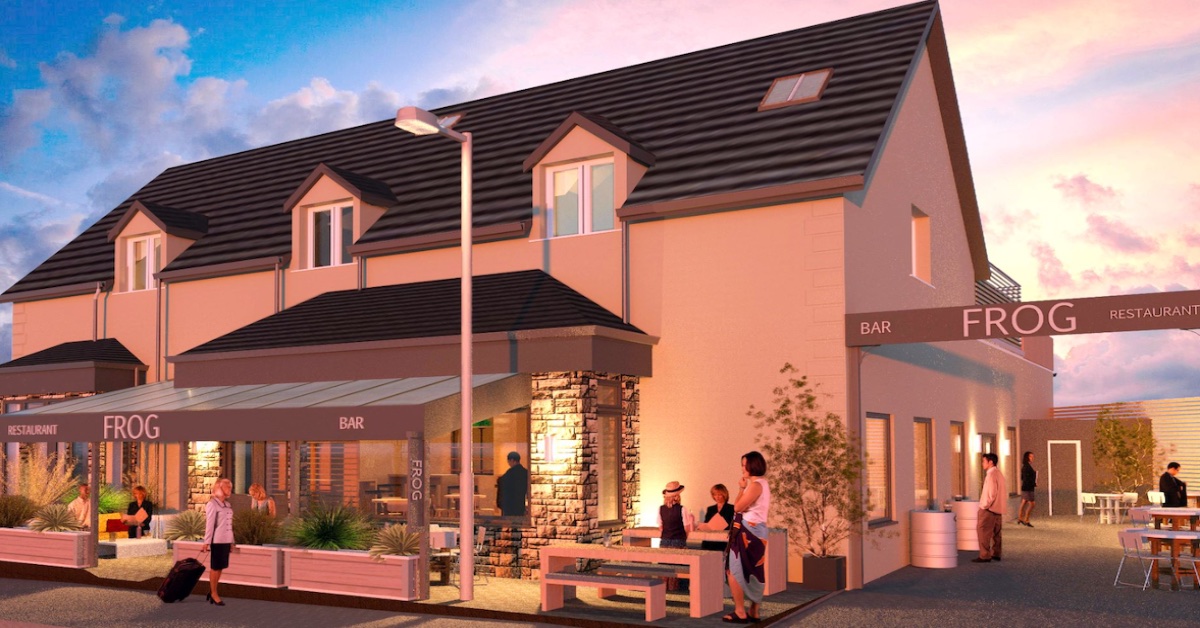 The design for the restaurant, which would be based on King's Road.

A proposed new bar and restaurant on Harrogate’s King’s Road has applied for a premises licence.

The premises would be situated in Ocean House and the former Ramus seafood shop. If approved, it would significantly liven a part of town not known for its nightlife.

GM Developments, which is based in Leeds, lodged plans with Harrogate Borough Council in October for the scheme.

Under a licensing application, the bar, called Frog, would be open from Monday to Sunday from 10am until midnight.

The application also seeks permission for the retail sale of alcohol on site.

The new restaurant, which would be based in Ocean House and create up to 20 jobs, would seat 70 people indoors. There would also be a bar, external pavement and courtyard seating.

The business would be managed by Roger Moxham, one of the founding owners of Harrogate’s Cold Bath Brewing company.

“We will serve a diverse array of global meals rooted in Asia and the Americas, which we intend to rotate throughout the year.

“The menu will be underpinned by a weekend brunch offer all supported by a full range of hand crafted cocktails and beers and an interesting selection of soft drinks, teas and coffees.”

The council will make a decision on the premises application at a later date.

The figures appear to have calmed fears raised by the local Liberal Democrats that the scheme would result in up to 3,600 job losses in the district.