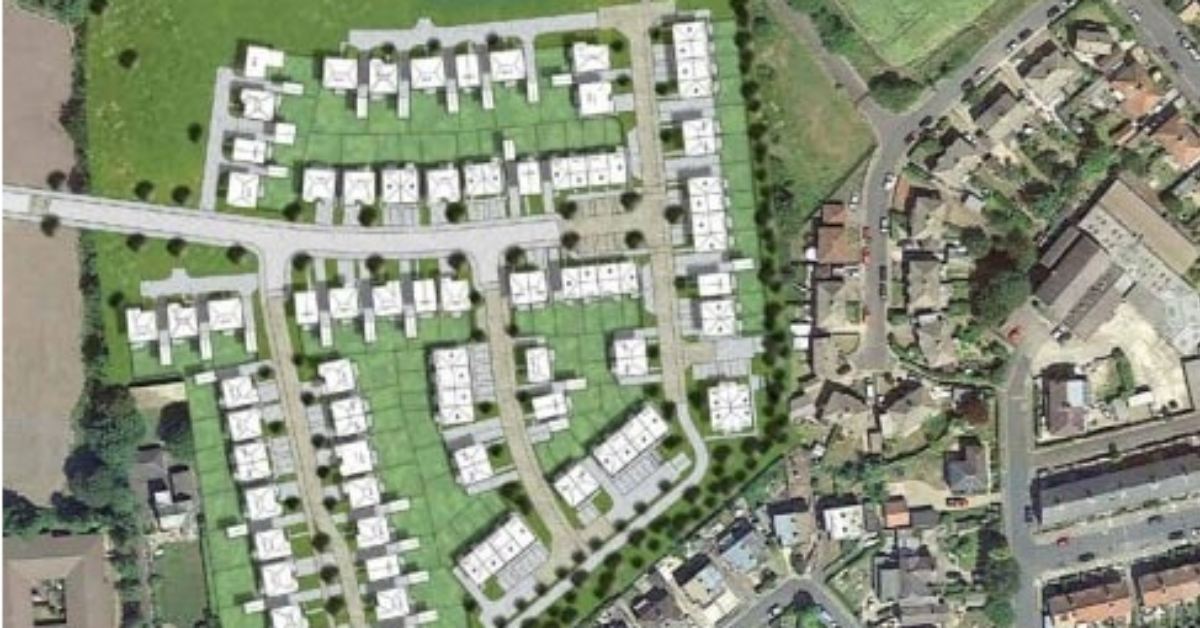 Harrogate councillors have approved controversial plans to build 95 homes on a grass field described by residents as a “vital green corridor” connecting the town to the countryside.

Redrow Homes were awarded planning permission to build the homes at Granby Farm at a meeting today despite complaints from residents that it would result in the loss of the last remaining link between the Stray and the town’s surrounding scenery.

Those who have contested the plans over the past year also pointed towards an assessment report published in 2016, which said around half of the site should be maintained as a green corridor under any housebuilding plans.

This, however, was only a recommendation and not made an official policy when the Local Plan was adopted last year.

Speaking at today’s Harrogate Borough Council planning committee, Liberal Democrat councillor Pat Marsh voiced her objections to the plans and questioned why the assessment of Granby Farm was ever carried out.

“I won’t be supporting this – I don’t think it is achieving what the council set out when it went to the effort of pulling together a site assessment for inclusion in the Local Plan where it clearly puts into perspective what this site was meant to achieve.

“If we didn’t want to take note of it, why have it assessed?”

Today’s approval of the plans also follows warnings from worried locals that a planned access road connecting the nearby Devonshire Gardens development would “decimate” a parkland created for residents less than two years ago.

Richard Clark, an agent for Devonshire Gardens Residents’ Association, said the new street set to be built over Pickering Gardens would “split” the popular outdoor space in two.

“While this proposal includes replacement open space, splitting the existing space in two to allow access undoubtedly reduces its usefulness. Simply providing more does not address this.

“The access route proposed would of course be cheaper for the developers than securing access via Kingsley Drive, but being the cheaper option does not justify granting permission.”

Locals living south of the site on Roseville Gardens had also lodged complaints that the proximity of the new homes would “severely compromise” their privacy, although council planning officials said all guidelines had been met and that a cycle lane and landscaping measures would reduce the impact.

The plans – which include 38 affordable homes – were voted through by seven votes for and four against.

Once construction is completed, there will be a mix of one, two, three and four-bedroom properties.

“The Granby Farm site forms a natural extension to our previous development at Devonshire Gardens and has been proposed for development since the drafting and eventual adoption of the Local Plan.

“It sits in an ideal location for new housing within walking distance of the town centre but also the extensive amenity space at the Stray. We will improve this relationship further through new and improved pedestrian and cycle links.

“The proposals have been subject to a number of changes in consultation with officers, consultees and neighbouring residents.

“The development of the site will lead to significant benefits, not least the delivery of housing to meet identified demand.”