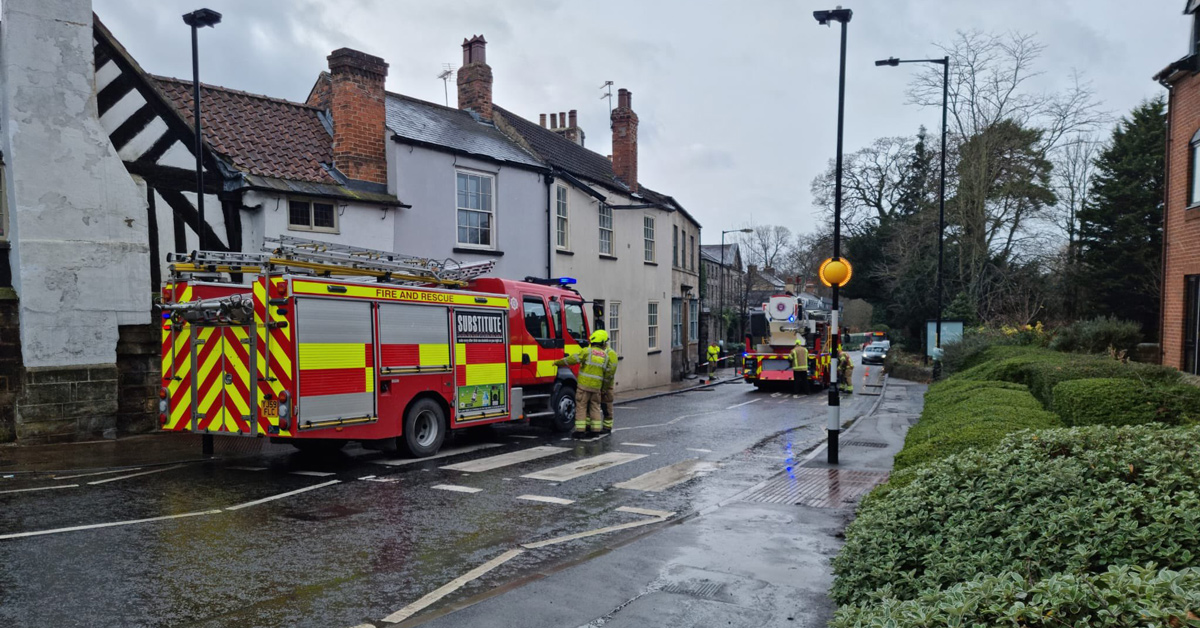 Police tweeted this image at 12pm.

Update: Bond End is now open to traffic once again.

Police have closed Bond End in Knaresborough due to structural problems at a building next to the road caused by strong winds this afternoon.

Firefighters from North Yorkshire Fire and Rescue are on scene trying to remedy the issue.

Pictures from the police show guttering close to falling. It is unclear if there are any other issues with the building.

North Yorkshire Police tweeted at 12pm that the road is due to open to traffic again at 12.30pm.

Traffic is Knaresborough is currently building. Avoid the area if you can.