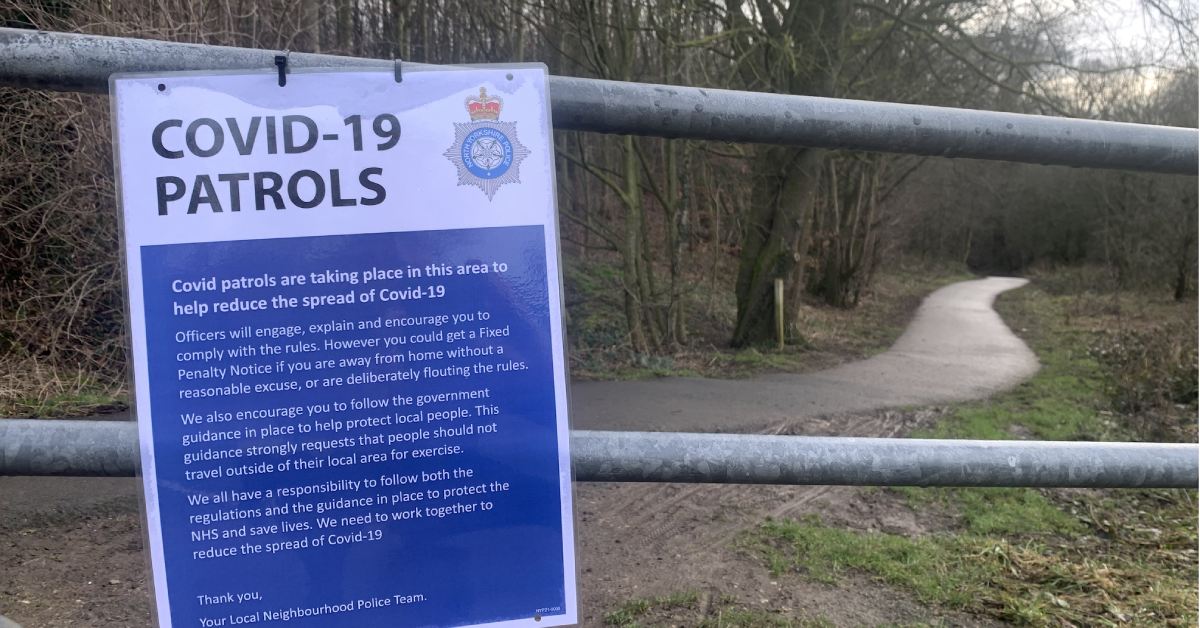 The poster on Nidderdale Greenway in Ripley.

Police have put up posters at Harrogate district beauty spots telling people they could be fined if they don’t have a reasonable excuse for being there.

A new batch of North Yorkshire Police posters appeared this week during school half-term at various locations, including the one pictured on Nidderdale Greenway in Ripley.

The posters say covid patrols are taking place in the area and officers will engage with people to ensure they are complying with the rules. They add:

“However, you could get a fixed penalty notice if you are away from home without a reasonable excuse, or are deliberately flouting the rules.”

Nidderdale Greenway, along with other beauty spots, is popular with dog walkers and people exercising. Many people drive there with their dogs.

There has been widespread confusion about how far people can travel to exercise during lockdown.

A Harrogate Borough Council newsletter last month warned people they “run the risk of a fine” if they drove to into the Nidderdale Area of Outstanding Natural Beauty, which includes Fewston and Swinsty reservoirs.

But some people commented that the law does not state how far you can travel to exercise.

A North Yorkshire Police spokesman told the Stray Ferret the posters had been placed in popular walking sports as part of the effort to limit the spread of the virus. He added:

“Residents in the district can drive to such locations to take exercise, which is an exemption under the health protection regulations.

“The posters and the patrols are there to protect local people from those who travel considerable distances from outside their own area.”