Pride for Harrogate Town fans ahead of Wembley
by 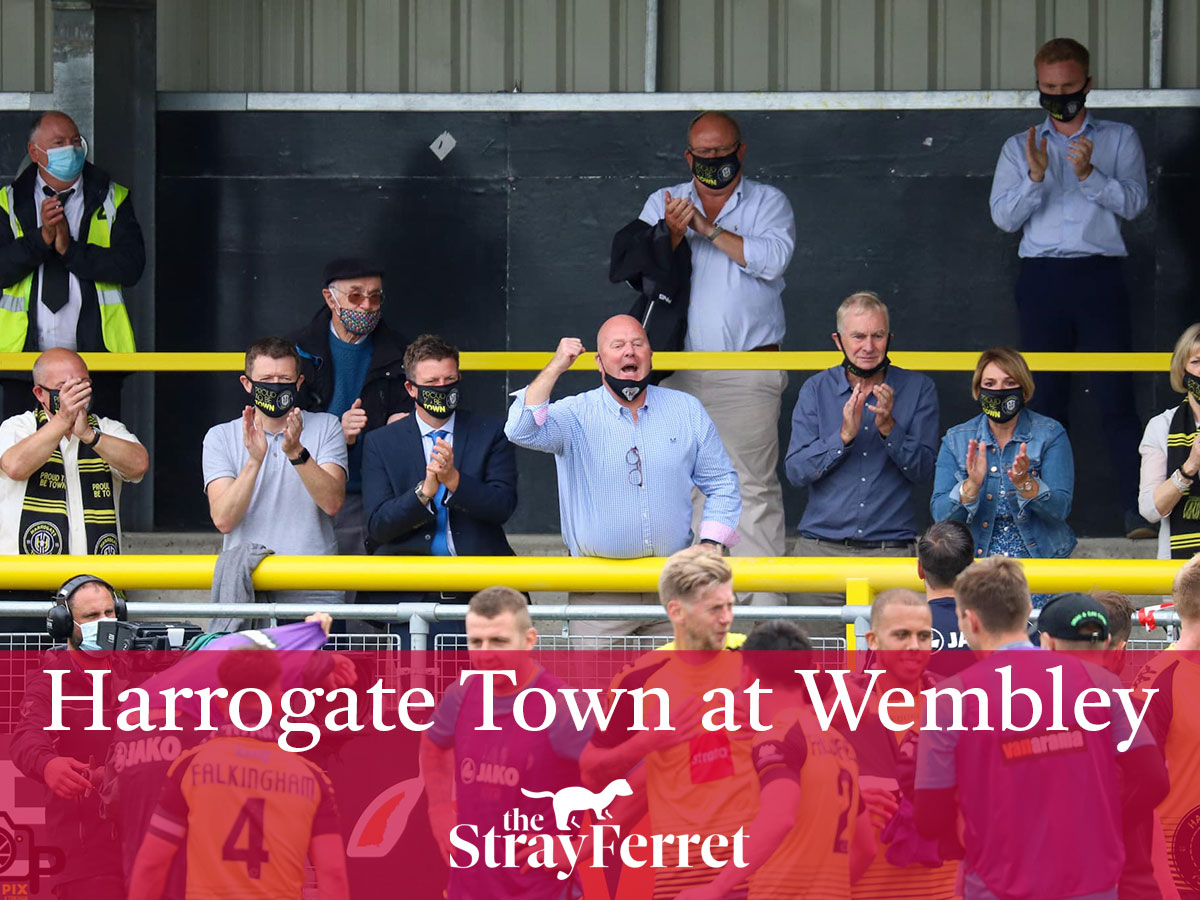 Supporters of Harrogate Town have a sense of pride ahead of the biggest game in the club’s history this Sunday as they look to clinch Football League status.

While fans will be absent from Wembley on match day, Town will have the backing of thousands at home as some watch from their living rooms or in the company of fellow fans at the pub.

For Jordan Ford, of the Harrogate Town Supporters Club, the feeling of watching his team in the final is more one of excitement than nerves.

“I feel more excited than nervous to see my club at Wembley.

“The players have been at the club for many years and it will be a great experience for them to see what their hard work has brought them.”

Promotion to League Two would see a £1 million windfall for Town and hosting the likes of Bradford City and Bolton Wanderers at the CNG Stadium.

Mr Ford, who organises the travel for supporters to away games, said the prospect of travelling to such places with Town is enticing.

“There’s a lot more northern places in League Two, so there will be interest.

“It would be amazing to play teams like Bradford, and Bolton were in Europe not so long ago.”

However, the road to the Football League would be bittersweet as supporters are absent from Wembley due to the coronavirus pandemic.

The 90,000 seater stadium will be empty as Town play Notts County for a place in the EFL, but Mr Ford said the supporters will still play their part.

“It’s frustrating but that’s the way it is.

“Notts County fans are in exactly the same position and we want to do what is best.

“This is the situation we are in and we have to make the best of it.”

Town booked their place in the final after a 1-0 win over Boreham Wood last Saturday. After 150 days since a football was kicked at the CNG Stadium, some supporters were anxious about the restart.

Rob Nixon, who has followed Town for the past five years, said the feeling of getting to Wembley was sweeter after the long break.

“When we got promoted last time and they did so well, it was quite a crazy situation to be in.

“We have been doing better than before and it is a natural progression. But it’s not not quite the same feeling when we are not there.

“The feeling would be more palpable for us if we were there.”