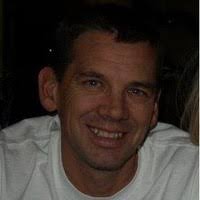 As Director of Community, Mr Campbell’s role for the past 3 and half years, had responsibility for a range of council services including housing, parks, waste and health and safety. The job has a salary of £89, 727 per annum.

Harrogate Borough Council said Mr Campbell’s departure did not affect its ability to respond to the crisis and issued a one line statement on how it proposes to cover the role:

The director of community role responsibilities have been shared by the other directors on an interim basis.

Mr Campbell had been the lead Director for last years controversial UCI cycling event which cost the council more than £600,000 and saw global audiences of more than 300 million but left many unhappy at the damage it caused to the Stray and the town’s retailers furious over its impact on trade.

Mr Campbell has not been available for comment. Someone who worked closely with Mr Campbell and wished not to be named told the Stray Ferret:

“After 3 and a half years Paul had seen so many budget cuts and cost saving reviews of waste services, the street cleaning service and the Parks Service, that I think he was planning to move on. I think he delayed it because he had the opportunity to work on the UCI championships and to establish the Council’s housing company and push up the level of affordable housing”

The council’s commercial housing company referred to is Bracewell Homes that was established a year ago. Mr Campbell had been a director- that role has now been taken by Trevor Watson, Director of Economy and Culture. The council said Bracewell had yet to sell any homes:

Bracewell Homes’ business plan to sell three homes in its first year of trading is largely on track but the coronavirus pandemic has impacted the completion of several property sales.