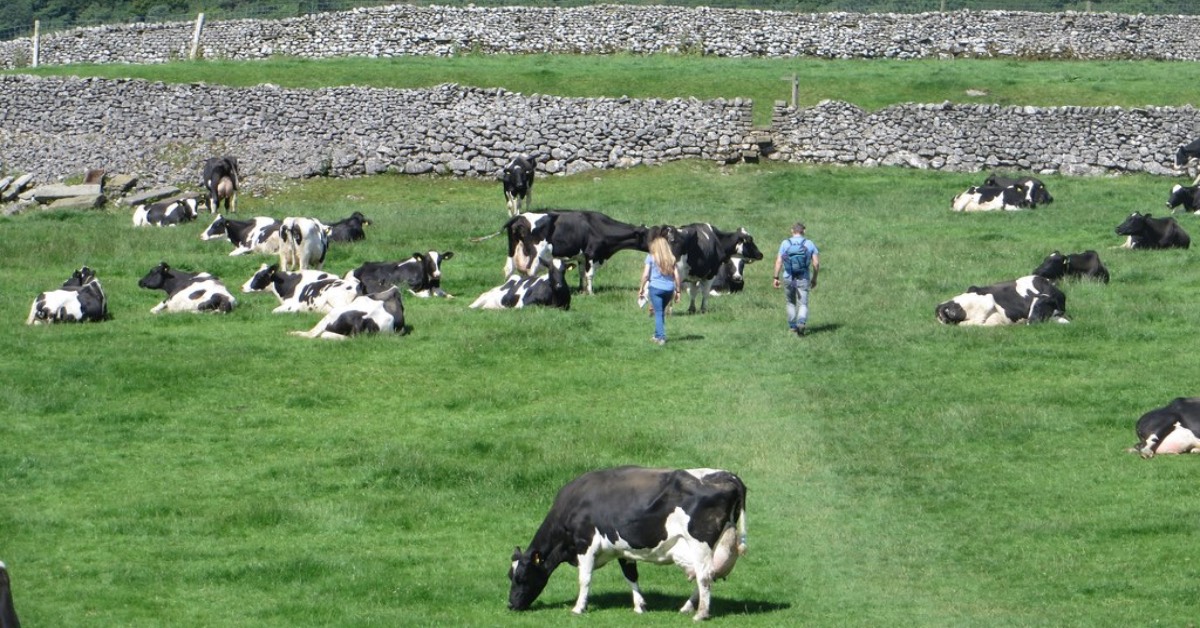 A Harrogate district rambler has urged walkers to follow safety advice amid ongoing problems with cows on public rights of way.

The district is popular with walkers and also has a lot of cattle. Many walkers are nervous about passing the animals, particularly if dogs and calves are also involved.

A blog called Killer Cows, which includes accounts of livestock attacks, recently featured a post from hikers in Little Ribston, between Knaresborough and Wetherby.

It describes how a man and a woman walking a dog were “surrounded” by 50 cows on a public footpath. It says the cows tried to trample the dog and head-butted the man in the shoulder. The post concludes:

“We were both terrified. We are lucky to still be alive.”

It is not an isolated incident and sometimes the issue has tragic consequences,

An inquest in Harrogate in July found that Dave Clark, a deputy headteacher at Richmond School, died after suffering a blow to the chest from a cow which ran at him on a public right of way in a field in Richmond last year.

‘It is a problem’

Andrew Willoughby, who is part of the Harrogate Group of the Ramblers, said clashes on public rights of way between hikers and cattle continued to be an issue.

Farmers are entitled to graze cattle on public rights of way.

However, the number of incidents has prompted both the National Farmers Union and the Ramblers Association to issue advice to walkers and farmers.

“The main thing is when you go into a field, you just do not know if there may be some aggressive cattle.”

What walkers should do

The NFU and Ramblers Association both urge walkers to be “mindful” that the countryside is a “working environment” where cattle graze.

The NFU says walkers should be “vigilant” and “try to stay away from animals and to be aware of their movement”.

Dogs should be kept under close control, but owners are advised not to hang on to them if threatened by cattle. Instead, they should let go of the lead and let the dog run to safety.

“This offers the best chance of a safe outcome to both you and your dog. If you feel threatened by animals protecting their territory or young, do not run. Move to the edge of the field and, if possible, find another way round.”

Further guidance urges walkers not to get close to cattle. Walkers should also avoid getting between cows and their calves, the advice says.

It adds that, if cattle do begin to follow, then hikers should walk on quietly.

Mr Willoughby added that people should avoid bright coloured clothing when walking in fields with cattle in them.