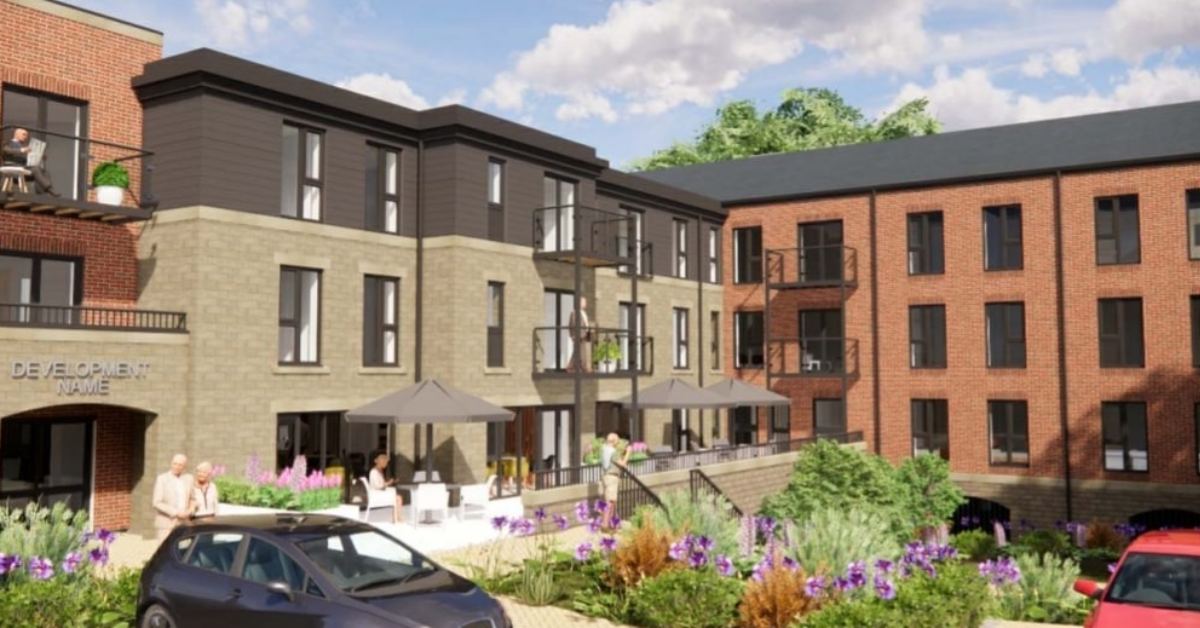 Developers behind plans for 61 retirement flats in Knaresborough have said reducing the size of the scheme would be “unviable”.

Adlington Retirement Living, part of the Gladman group, wants to build the flats with additional care facilities on land adjacent to the single-track Grimbald Bridge on Wetherby Road, alongside the River Nidd.

Councillors on Harrogate Borough Council’s planning committee have twice delayed making a decision on the proposals after concern over its size, flooding and impact on local health services.

Now, the developer has said reducing the scheme’s size and moving it further away to reduce flooding fears would not be “necessary or indeed achievable”.

In a letter to the council responding to its deferral, Robert Gaskell, planning manager at Gladman Retirement Living Ltd, said:

“The applicant has investigated both of these requests and concluded that neither are necessary or indeed achievable.

“A further reduction in the number of units (bearing in mind the loss of over 11,000 sq ft to date) would make the scheme unviable, mean care and support cannot be provided as efficiently, and lead to unaffordable service and well‐being charges.”

“The applicant asks that the council decide on the application as it stands‐ which has been assessed to accord with every single relevant development plan policy and relevant elements of national policy, has no objections from any statutory consultee, has significant material benefits, and has continuously been recommended for approval.”

The response follows concern at a planning committee meeting in May that the apartments amounted to “overdevelopment”.

Cllr Pat Marsh, a Liberal Democrat member of the committee, said at the time:

“It is the numbers that are being asked for on this site which are problematic.

“It is too large. If they want to do it, I would like to see them cut the numbers down considerably and move that building further away from the river.”

However, this objection was later withdrawn after a £40,000 developer contribution was agreed.

The scheme will now be considered by the borough council’s planning committee at a meeting on Tuesday, June 21.

Council officers have recommended that the development be approved.