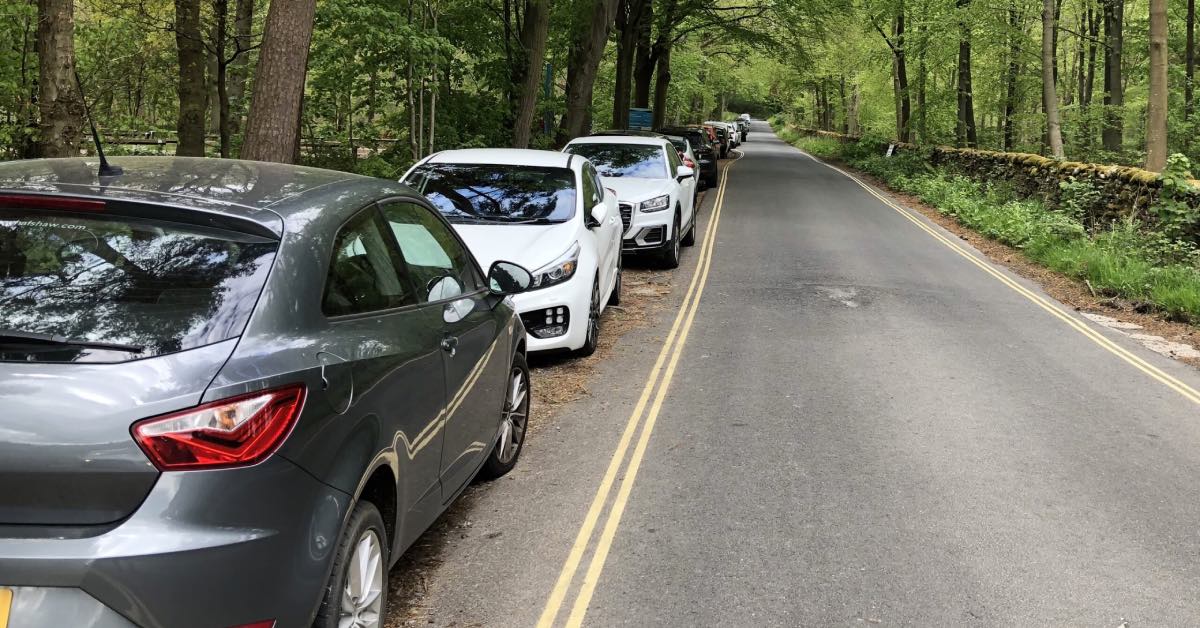 Two local councillors have said the proposed introduction of parking charges at three local reservoirs could cause “tremendous” problems for local residents and visitors.

Yesterday, Yorkshire Water announced it would be introducing parking charges at Fewston, Swinsty and Thruscross reservoirs on a trial basis.

Comments on social media indicate many people believe parking at these much-loved beauty spots should remain free.  Yorkshire Water has said all funds raised will be reinvested in the sites.

Harrogate Borough councillor Victoria Oldham and parish councillor, Graham Hebblethwaite, both felt the charges could put off visitors using the car parks and that they’d park on nearby roads instead.

All three reservoirs are surrounded by farmland and narrow roads. Both councillors believe increased parking on the roads would create traffic problems, be a danger to pedestrians and potentially block the road to farm machinery.

“It will cause tremendous problems. I can understand if they are planning to make improvements but these come at an expense to others.

“When you’re out walking in a beautiful environment such as the Washburn Valley you often get distracted by the scenery but putting a timer on parking means some people may miss out on what is around them.”

Cllr Oldham said she’d be willing to talk to Yorkshire Water alongside residents about the plans.

Graham Hebblethwaite, chair of Washburn Parish Council, who lives half a mile from Fewston reservoir said:

“We have white lines on the road but that doesn’t stop people parking on them, I can’t ring 101 every time a car parks on the lines there’s just not enough time. It’s an easy money maker but they don’t have to live with it, it’s locals who will experience the problems.”

The Harrogate group of ramblers often visit the reservoirs, it said in the short-term it won’t cause problems but as it looks to plan future walks the charges could mean they choose not to start from one of the reservoirs.

“Anything that discourages walking in the countryside is a retrograde step. In the longer term it is likely fewer led walks will start from one of the reservoirs.

“The Washburn Valley is virtually inaccessible on public transport so a parking charge could put some people off and makes a place of beauty less accessible.”

Those commenting on social media called for the money to be invested in refurbishing public toilets and removing fallen trees off the land. Yorkshire Water has said the money will go towards the first ever in-house Yorkshire Water ranger team.

The nine rangers will help visitors enjoy their stays, do maintenance jobs and tackle anti-social behaviour that poses a threat to people, wildlife and the environment.

“We have thought long and hard about the introduction of these charges. We believe we’ve catered for all types of visitors we see. Whether they are looking for a day out or to visit every day to walk their dog.

“As well as improving security and safety at our sites, the parking charges will also be used to fund a variety of conservation, community, and facility improvement projects. It will also help wildlife to thrive on our sites.

“Ultimately, we hope that during the trial we will see incidents of fly tipping and antisocial behaviour decrease; making these sites safer and more enjoyable for people, and more wildlife friendly too. Likewise, we hope that the charges will encourage people to at least consider travelling via public transport, cycle paths, and walking routes rather than by car.”