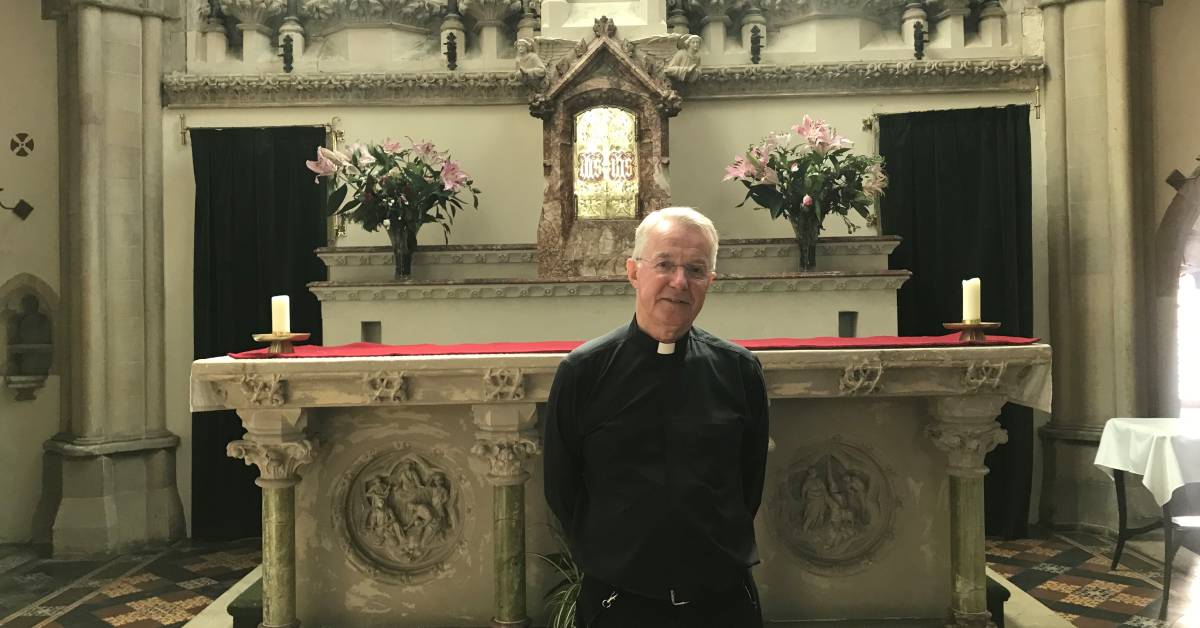 Glad to be back - Fr Smith in front of the high altar at St Wilfrid's, where he is saying Mass once more

One of Ripon’s architectural gems is sparkling brightly after the completion of the first phase of a £500,000 restoration.

Parishioners supported an appeal that helped to pay for the refurbishment and renewal works at St Wilfrid’s Catholic Church, on Coltsgate Hill.

After months of attending services at the parish’s community centre, they can now attend Mass and say prayers in the Grade II* listed building, whose features include ornate reredos screens designed by Victorian architect Edward Pugin.

The screens, which provide backdrops for the high altar, and side altars dedicated to Our Lady and St Joseph, have been cleaned and restored by specialists. 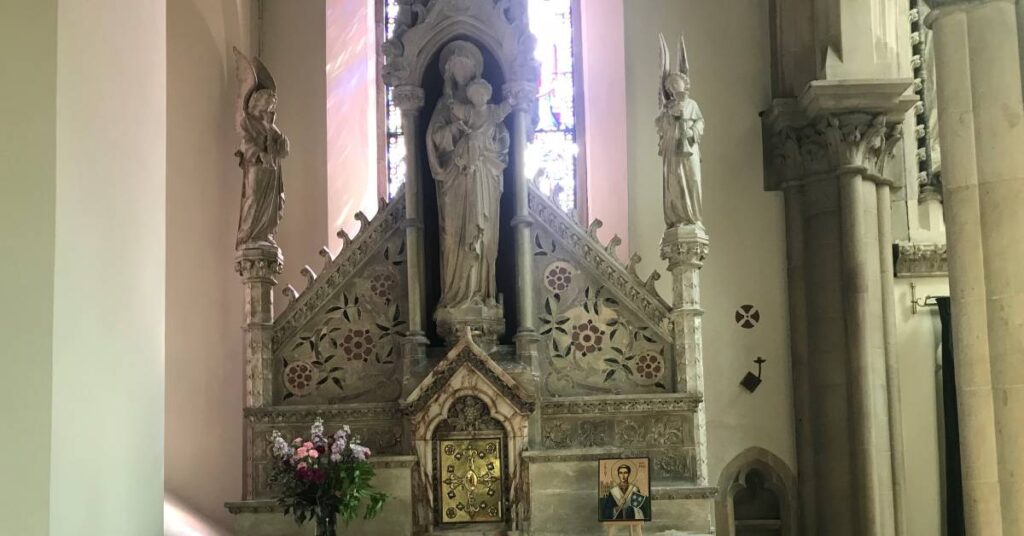 The Lady Chapel, with its Pugin-designed reredos

For Canon Ian Smith, it’s a welcome return, following a life in lockdown for the parish, though he told the Stray Ferret:

“Our need to use the community centre had a good effect in bringing people closer together and helping them to get to know each other better.

“However, it is lovely to be back and see the church returned to its former glory.”

“The work was made possible thanks to Barrie Price and his fundraising committee, while I also say a thankyou to principal contractor Willoughby’s  who have done a great job.”

The reopening of St Wilfrid’s was originally planned for Easter, but had to be re-scheduled because of a hold-up in the supply of specialised glass to replace windows in the church tower.

St. Wilfrid’s, which opened in 1862, is recognised as one of finest parish churches in England.

In 1909, fittings from the private chapel at nearby Studley Royal, were transferred to St Wilfrid’s following the death of  George Frederick Robinson the Marquess of Ripon — the city’s first Catholic mayor since the Reformation and a former Viceroy of India. 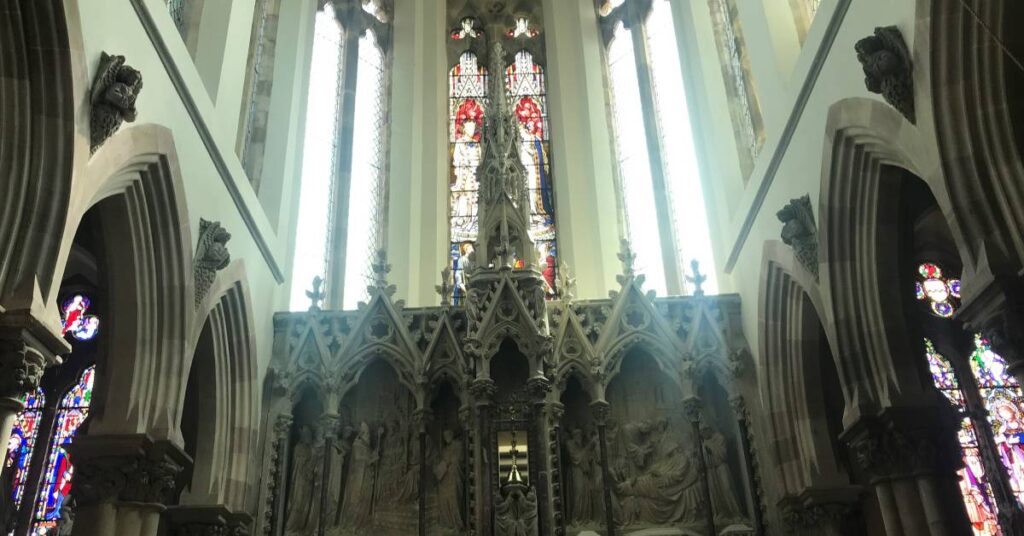 The marquess, who converted to Catholicism, had previously created the Lady Chapel within the church.