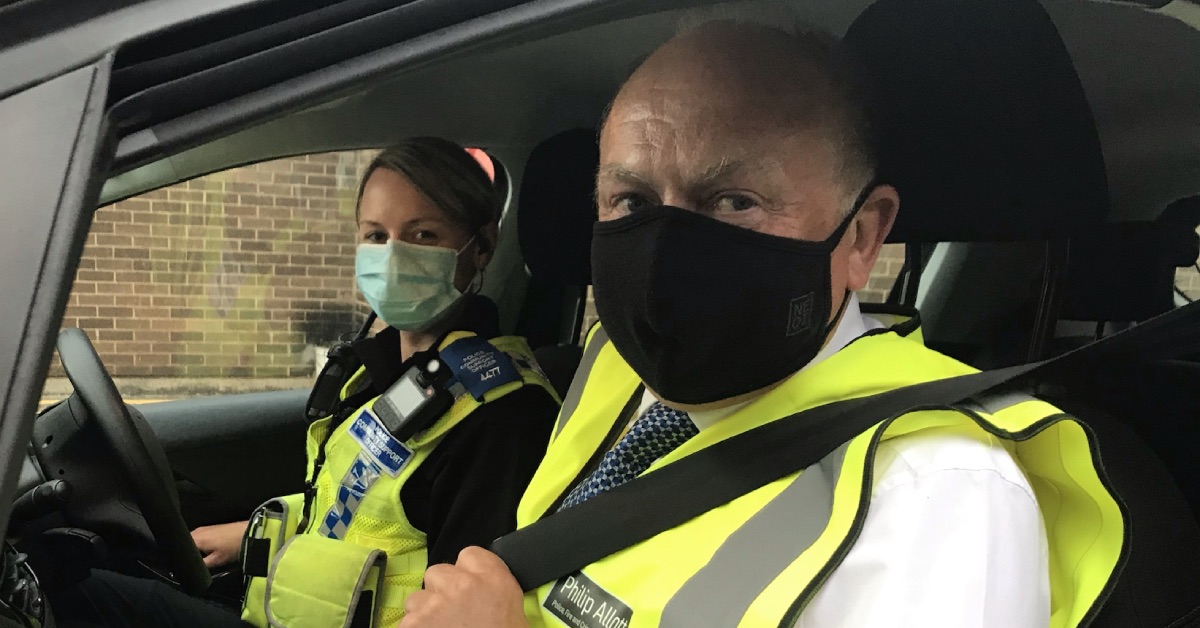 The North Yorkshire Crime Commissioner has pledged investment in Ripon after he joined a local officer on patrol to discuss to the city’s recent spike in anti-social behaviour.

Commissioner Philip Allott was driven around the Bondgate area by Police Community Support Officer, Sue Whitehead, to discover how the force is tackling crime on the frontline.

Mr Allott said he intends to give local officers the resources they need. This includes a phased investment in the city’s combined police and fire station on Stonebridgegate.

Short-term plans are set to go before the executive board next week which could see the old smokehouse tower demolished to make space for new development, such as extra office space.

Longer term plans involves a new combined station but Mr Allott said this wouldn’t be for three to four years.

“It was good to meet the local policing team and hear about the issues that they face daily.

“Inspector Langley and I discussed options for providing diversionary activities for young people in the city which we can look at.

“I also looked at the facilities for the police officers in Ripon and Chief Constable Lisa Winward and myself both agreed that some investment is needed in the building.”