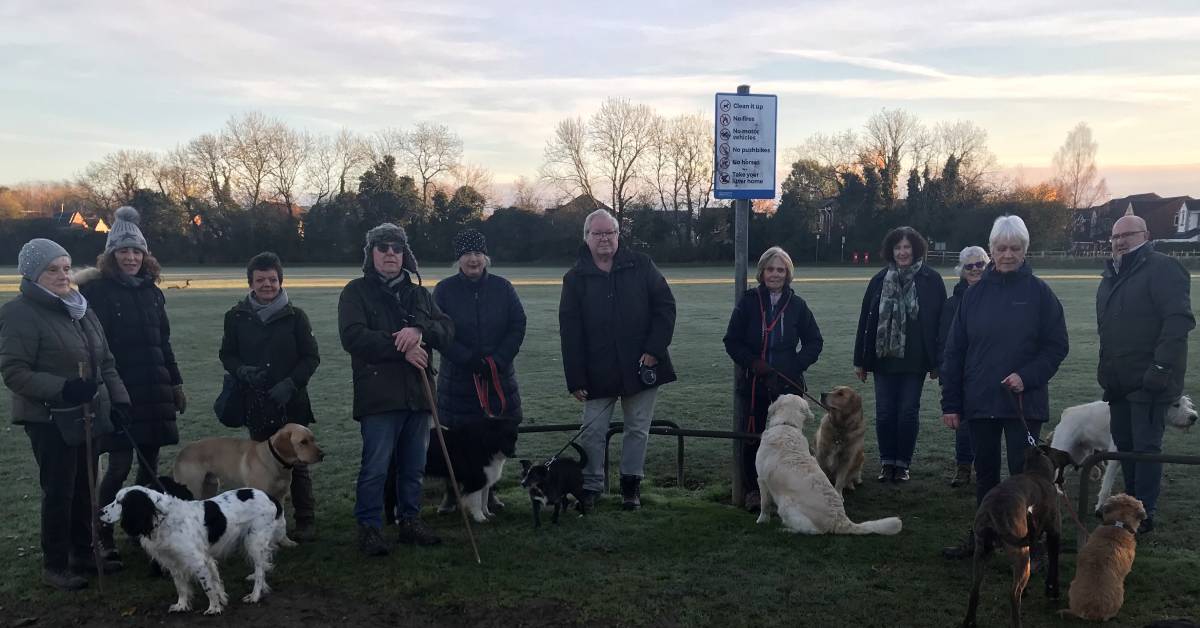 Dog owners (pictured above) who visit Hell Wath nature reserve in Ripon on a regular basis, fear a potential future clash with cyclists.

The area, with its wooded and riverside walks and wildlife, is popular with people who take their dogs there for daily exercise.

Currently, signage at an entry near the football pitches (pictured below) states ‘no pushbikes’ but there are concerns that this could change, if a cycle route was created on the site, following an approach from the community. 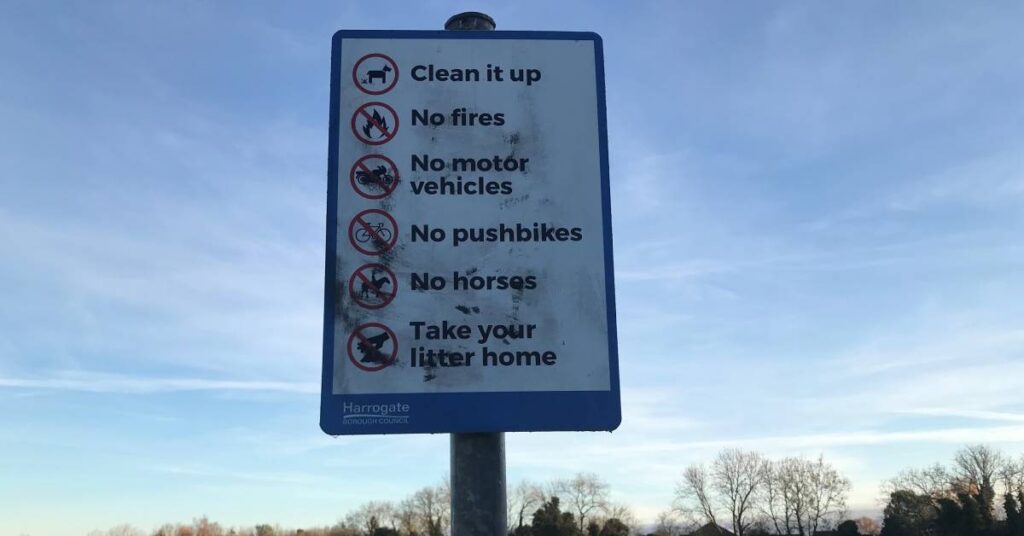 Dog owners Janet Anderson and Brian Don, who attended a Friends of Hell Wath committee meeting earlier this month, made their feelings known.

“Dogs and cyclists just don’t mix in a setting like this and we are very worried that we will not be able to let our dogs off the lead, to get the exercise they need, for fear of them being involved in an accident with a bicycle.”

“We have absolutely no issue with paths being made more accessible to people in wheelchairs, but a cycle route is a completely different proposition.”

Discussions about a possible route for cyclists were initiated following a community event held at the nature reserve in September by the Skell Valley Project, headed by the National Trust and Nidderdale Area of Outstanding Natural Beauty.

Working with volunteers, the project aims to bring about environmental and other improvements to a 12-mile stretch of the river valley – part of which runs through Hell Wath.

The minutes of the Friends of Hell Wath meeting of 1 November meeting, state:

“The committee confirmed that it had been approached about a cycle route and that it also had reservations.

“It also noted that Hell Wath is secured for community use and the committee is not the arbiter for who can use it and should therefore explore whether safe access for cycling could be facilitated.”

Committee chair, Councillor Stuart Martin, who was not present at the 1 November meeting, pointed out:

“Friends of Hell Wath are consultees and should there be any plan for a cycle route, or improved access for people with limited mobility, we will be consulted alongside all statutory bodies and the public.”

Mr Don welcomed the opportunity for wider consultation and said:

“Hundreds of local people take their dogs to Hell Wath each week and some of them have been going there for up to 50 years. It is important for our voices to be heard

“We just ask that any consultation that takes place is publicised in a way that can be accessed by everybody – particularly older people who are not familiar with the use of social media.”