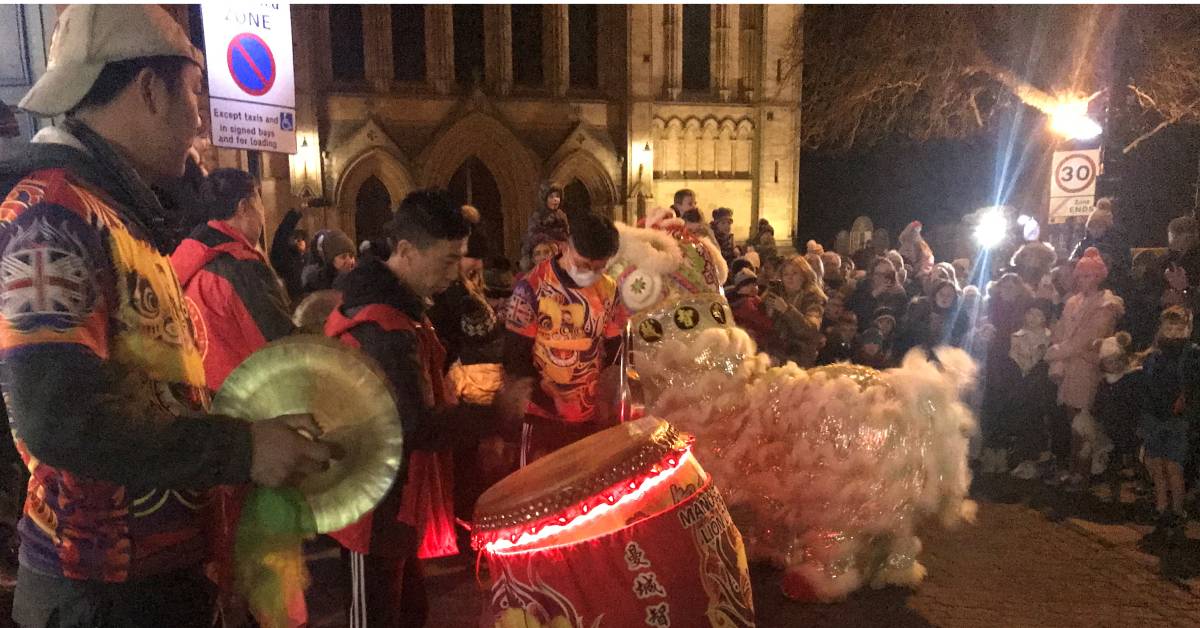 A large crowd gathered in Kirkgate to join in the celebrations

Bambudda restaurant in Ripon served up a taste of Chinese New Year celebration with a lion dance yesterday evening.

The colourful event was due to take place on Kirkgate at 6pm, but the dancers and musicians were held up in traffic on their way from Manchester.

However, a large crowd of people, including families with young children, returned for 7.30pm to see two puppet lions gyrating to the percussive beat of drum, cymbals and tambourine.

The Chinese New Year, or Spring Festival, dates back more than 4,000 years and is the longest holiday of the year in China. This year is the year of the tiger. 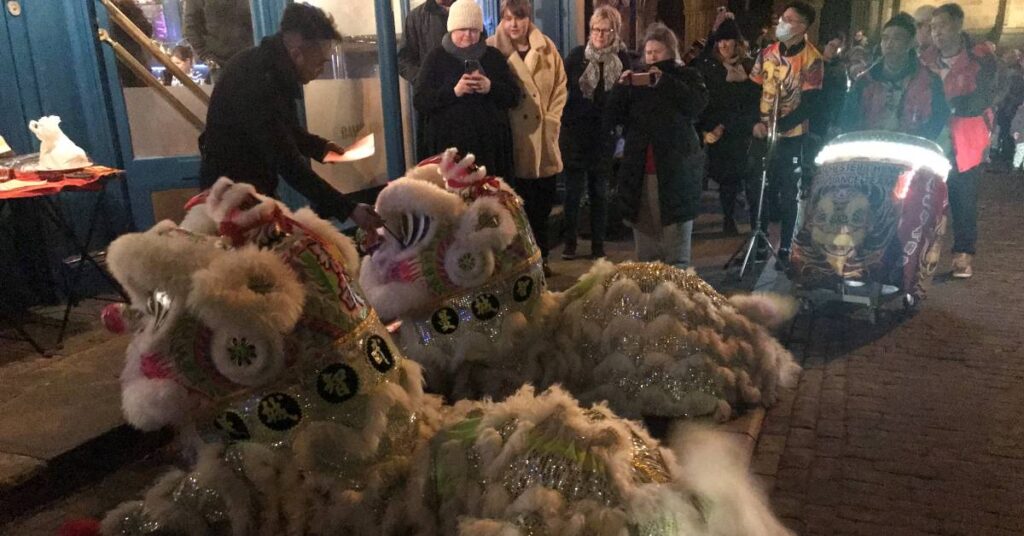 The lions ‘scare off evil spirits and bring positive energy’

The celebrations will last until 15 February and end in China and other countries with a spectacular Lantern Festival, which features ancient spiritual traditions and celebrates family reunions and society.

Some ancient Chinese traditions were on display in Ripon, as Bambudda owner Benjamin Wu, who was born in Hong Kong,  told the Stray Ferret:

“It is believed that the lions will scare off evil spirits and bring positive energy.”

“They can also bring good luck and good health, which is what everybody wants and I’m delighted that so many people came to share and enjoy this cultural tradition with us. “ 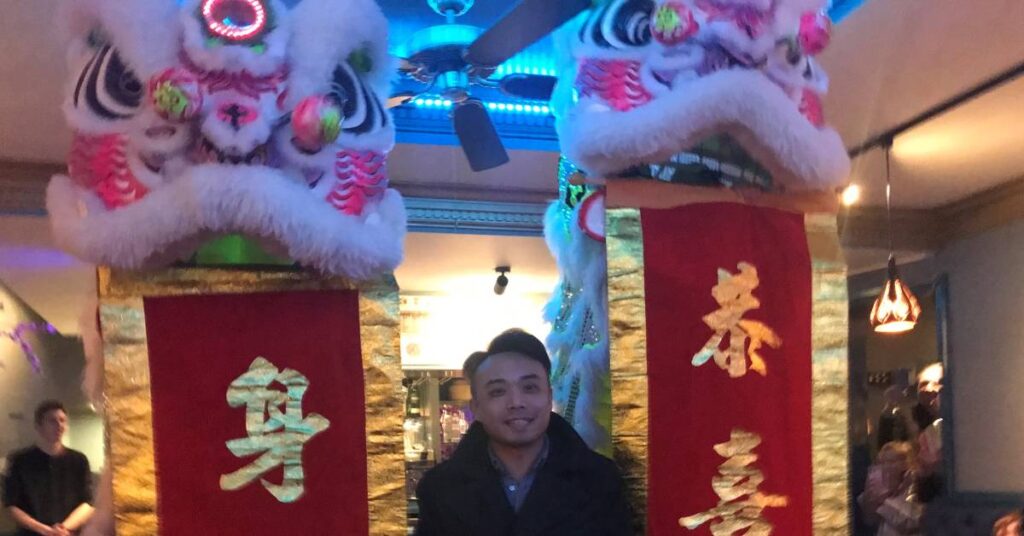 “I come from Vietnam and the New year is also celebrated there in a similar way.

“It’s like Christmas in this country and is a time to be with family and friends.” 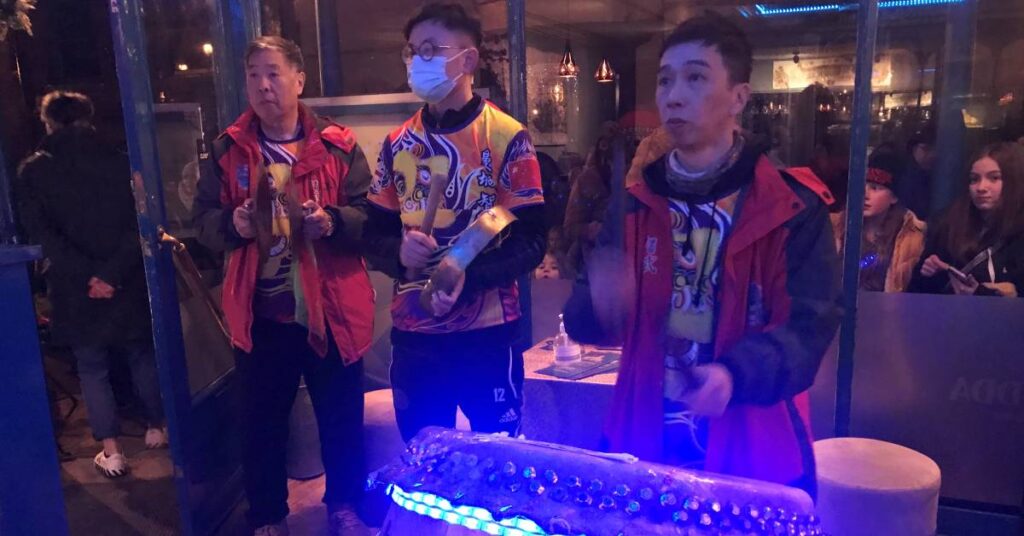 “We’ve brought the lion dance to Ripon since we opened four years ago, but we couldn’t hold it last year because of the covid lockdown.”