0 Items
Ripon sends giant birthday card to the Queen
by 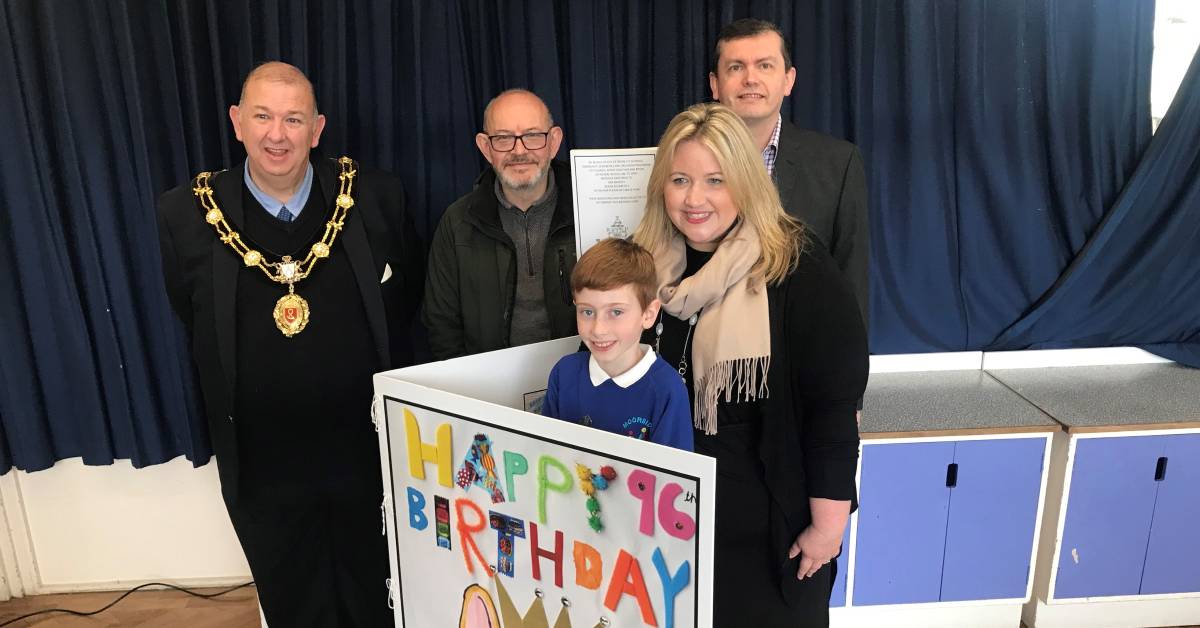 The right royal city of Ripon is sending many happy returns to the Queen — along with a very special card.

The card, larger than any Buckingham Palace or Windsor Castle windowsill can accommodate, has been produced in time for delivery for the monarch’s 96th birthday on April 21.

Accompanying eight-year-old Edward Blythe’s giant imaginative creation, will be a book containing thousands of birthday greetings from the people of  Ripon.

“I decided to have a corgi wearing a crown as my design, because I know they are the Queen’s favourite dog. 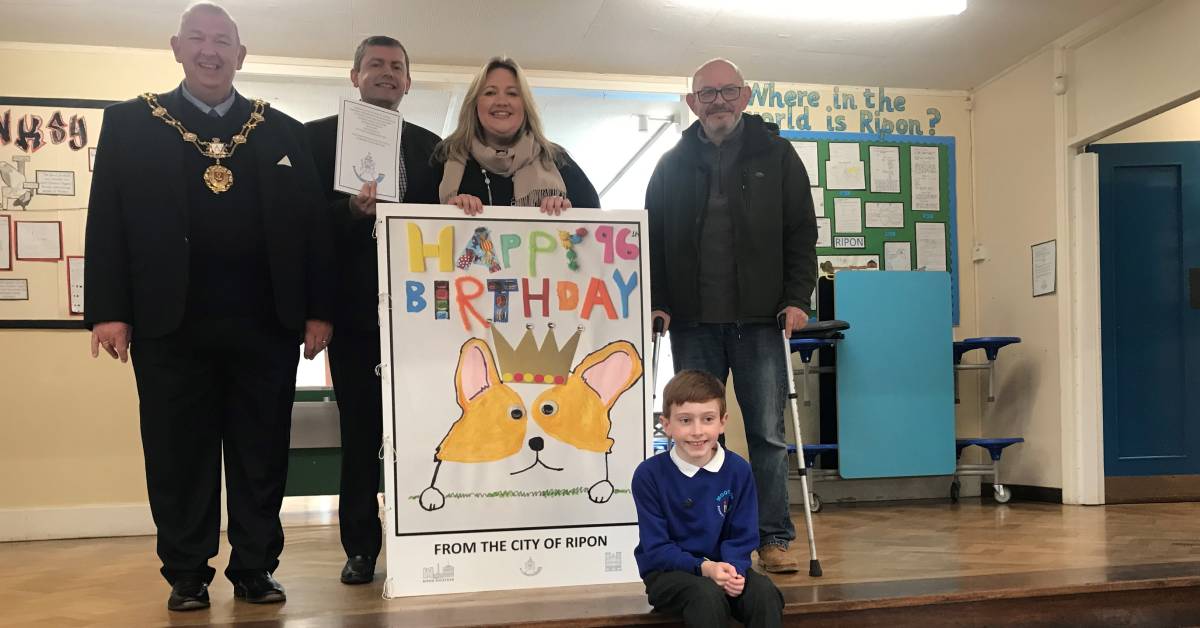 Edward and his winning design, is pictured with, from the left: The Mayor of Ripon Councillor Eamon Parkin, city council leader Andrew Williams, Claire Rowett, headteacher of Moorside Primary School and Jeremy Dunford of Ripon Together

Ahead of its extensive programme of platinum jubilee events in June, Ripon City Council decided it would be a fitting early kick off to the celebrations, if it sent the Queen a special birthday card.

Hundreds of primary and secondary pupils and students at schools in Ripon and the wider area, took part in the project, supported by the council, Ripon Cathedral and Ripon Together.

“This city has extremely long royal roots, going back to Alfred the Great in 886 and his donation of a ceremonial horn to his loyal supporters, for fighting off a Viking attack.

“Ripon also fought on the side of the Royalists in the English Civil War and our Royal Engineers have enjoyed the Freedom of The City since 1949.”

“As well as being a good fun exercise for the schools, asking children to create a special card for the Queen, has provided a creative way of letting them find out more about her incredible 70 years of service to this country.”

“This is a fantastic achievement, well done to him.

“We are currently planning our jubilee celebrations as a school.”

Production of the card was handled by Jeremy Dunford, of Ripon Together, who said:

“It will be sent by special delivery – Royal Mail, of course!”