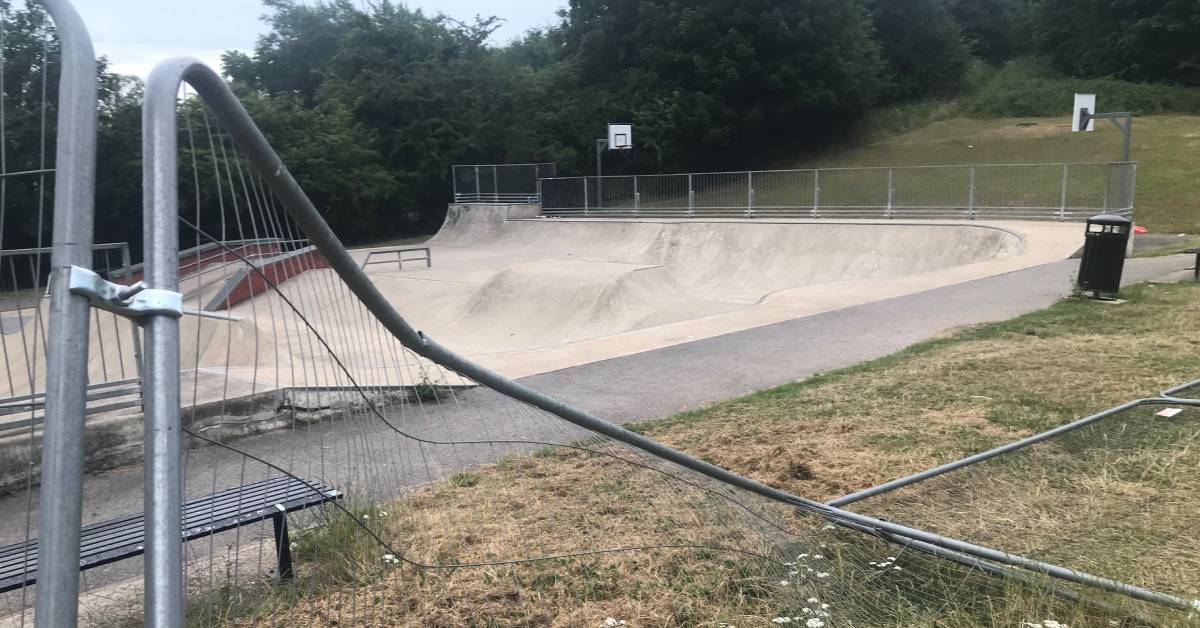 Two youth charities aiming to engage Ripon’s young people in positive activities believe they are being hindered by restricted access to recreational facilities.

Fencing installed at the Jack Laugher Leisure and Wellness Centre has made the skate and bike park at Camp Close a no-go area for Inspire Youth’s support vehicle and the outreach sessions delivered from it.

The skate park adjacent to the leisure centre has, in previous years, provided a focal point for meeting with so-called ‘hard to reach’ children.

“Because we no longer have access to the site with our vehicle, we can’t hold our sessions there.

“That is a blow, because the kids see this as one of few places in Ripon where they can meet with us and talk about their issues, fears and concerns in a confidential way and one in which they will receive a sympathetic hearing.” 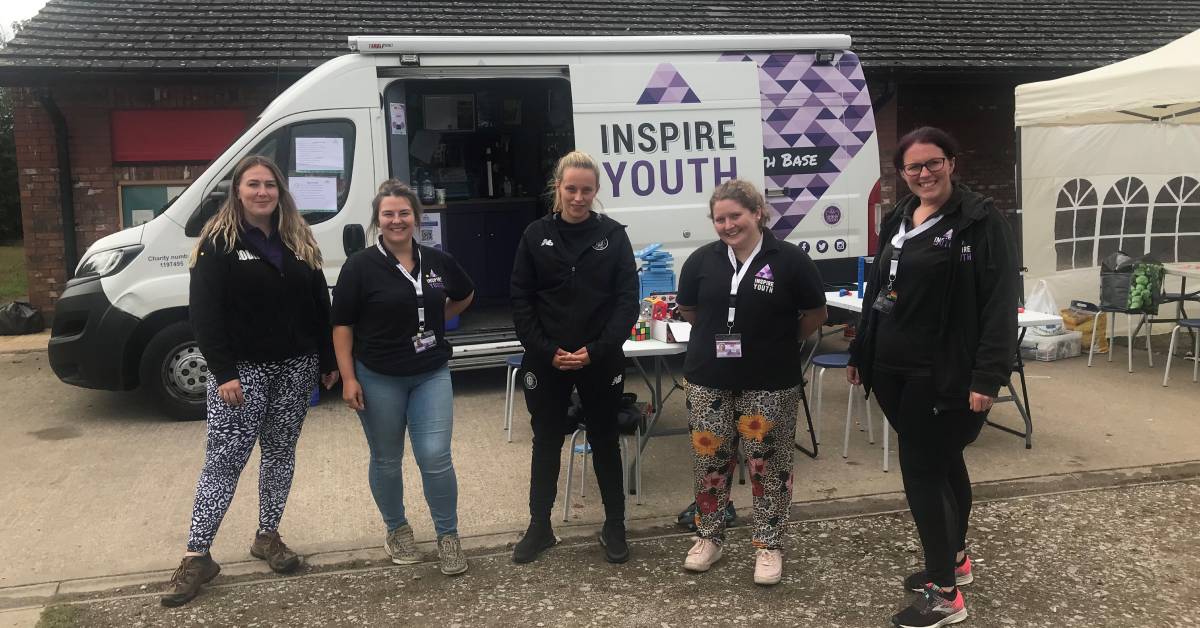 “We are engaging with and supporting young people, some of whom feel they have been marginalised and unfairly blamed for the city’s problems of anti-social behaviour.

“It’s very much a case of giving a dog a bad name, but we are determined that we will not turn our backs on children who need help and encouragement, instead of constant criticism.

“They are our future and need to know that they are members of the community with a valuable contribution to make.”

Jayne Shackleton, Ripon YMCA’s community and development manager, said that young people had told the charity that they miss Inspire Youth’s outreach sessions and want to see them back at the skate park.

“We will continue to monitor the area and consult with young people and work alongside partners in the hope that the skate park will become and remain a safe, accessible space for young people and meet their needs”.

The original £10.2 million contract for the leisure scheme was to provide a new six-lane swimming pool, a fully refurbished leisure centre, children’s playground, a car park with charging points, in addition to restoration of the football pitch and landscaping of the site. 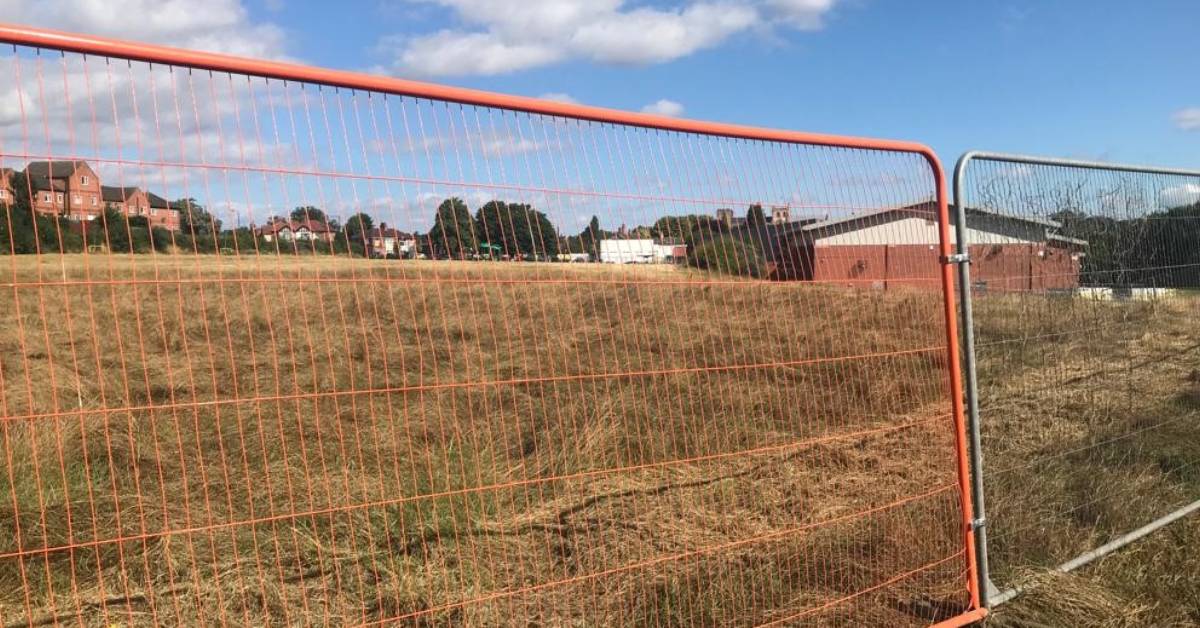 No ball games this summer at the Camp Close site

More than 14 months after the scheme was initially scheduled for completion, the project is almost £5 million over budget and further, as yet, undisclosed monies are to be committed by Harrogate Borough Council for ground stabilisation work under the leisure centre and provision of a temporary gym on site, while that work is carried out.

In the meantime, the playing fields donated in perpetuity by Alderman Wade for ‘the benefit of the children of Ripon’ will remain fenced off.

Last week, however,  with the support of Ripon Panthers Junior Football Club and Harrogate Town FC coach Chloe Hickson, Inspire Youth organised coaching sessions at Hell Wath and other locations are being sought.

What did the council have to say?

A Harrogate Borough Council spokesperson said that Inspire Youth and the YMCA have not been denied access to the site.

“The skate park and basketball court are available for everyone to use and can be accessed via Knaresborough Road.

“Our community safety team work proactively with partners in Ripon around engagement with young people. And we encourage both of these organisations to continue do their outreach work in the area.”

In response to the Stray Ferret’s question about when children will be able to play football once more at Camp Close, the spokesperson, said:

“The football pitches will remain fenced off, while we carry out ground stabilisation works at the original Ripon Leisure Centre, to ensure people are kept safe while construction vehicles are moving round the site. This will be restored towards the end of the project.”

“The plaque to recognise Alderman Wade will also be reinstated on completion of this multi-million pound investment for the people of Ripon.”