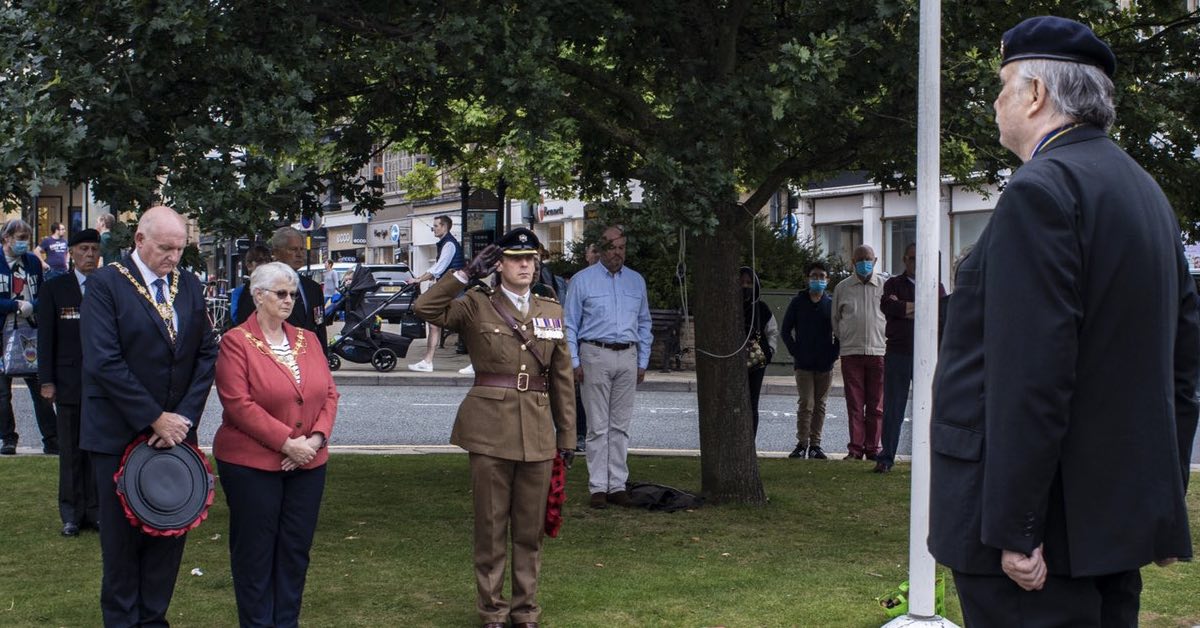 People from across the district came together today to commemorate VJ Day on its 75th anniversary.

Today commemorates Victory over Japan which led to the end of World War Two.

Services were held in Harrogate, Ripon and Knaresborough to remember all of those who served and sacrificed their lives in the Far East to bring an end to the war. A two minute silence took place at 11am to remember the fallen.

Similar to VE Day in May, celebrations had to be reduced to allow for social distancing.

In Harrogate, members of the public, local dignitaries and members of the armed forces gathered to pay their respects at the war memorial. The Mayor of Harrogate, Councillor Stuart Martin, said it was an “honour” to lay a wreath this morning. 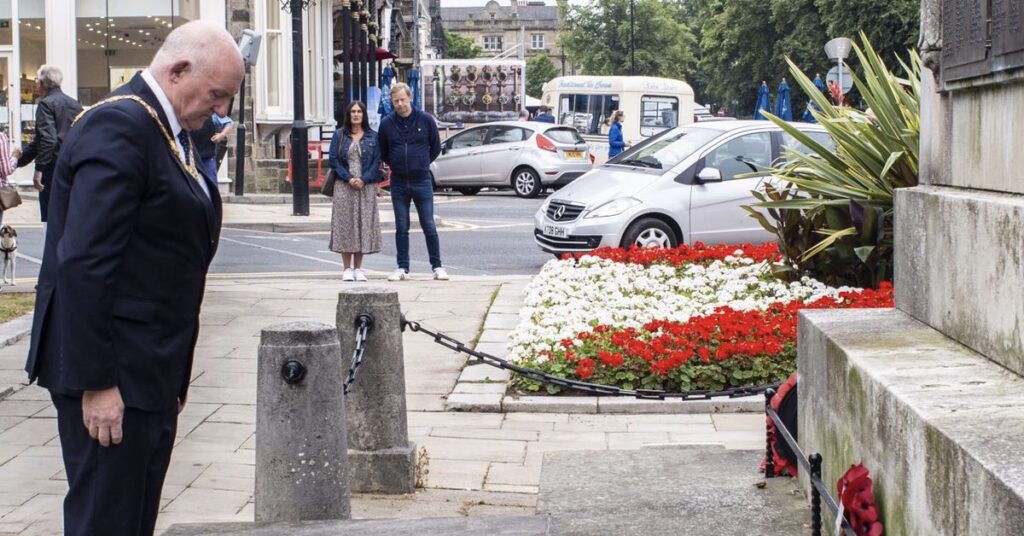 Members of the Knaresborough branch of the Royal British Legion arranged a service at the town’s war memorial in the castle grounds. During the service the newly refurbished commemoration bench was unveiled.

In Ripon, a small service was held within Spa Gardens with local representatives placing a wreath on the war memorial.

“On landmark days like these, we take a few minutes to remember what the men and women of the armed forces have done for us in every theatre of war and continue to do for us in keeping the peace.”