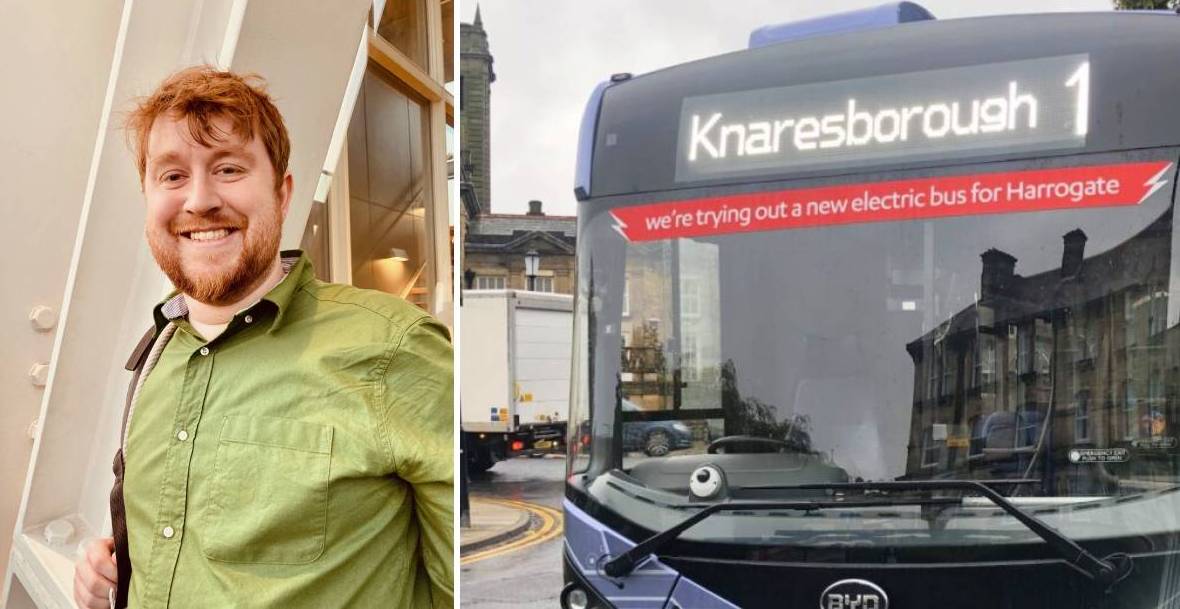 Mr Schallmo’s 14-year-old daughter is a pupil at King James’s School in Knaresborough.

Each morning she gets the number 1 from Starbeck, which is one of the company’s busiest bus routes in the Harrogate district, running up to seven times an hour.

But well-documented staffing issues have forced the company to cancel services, sometimes at short notice.

Mr Schallmo said his daughter is currently late for school at least once a week after buses failed to turn up.

“Its hit and miss when they arrive. She’s often been left standing there.”

Can’t all fit on

The number 1 route is served by single-decker buses.

But with schoolchildren sharing the bus with rush-hour commuters, it means if a bus doesn’t turn up they can’t always all fit on the next one.

“It’s not good when I have to run her in and call the school to say she will be late again because the bus hasn’t turned up.”

Transdev has had difficulties hiring new bus drivers since the covid pandemic.

The company recently launched a campaign offering qualified drivers a £1,000 bonus if they joined.

Mr Schallmo said he was also frustrated to see the company recently increased the cost of a weekly ticket on the number 1 from £4.30 to £6 whilst offering a service his daughter can’t rely on.

“It’s getting beyond a joke. I know they have bus driver shortages but they don’t seem to be doing anything about it.

“What frustrates me is they don’t have an answer. It’s been terrible.”

Steve Ottley, general manager at The Harrogate Bus Company, which is a division of French firm Transdev, said:

“Firstly, it’s disappointing and we apologise that Mr Schallmo believes we haven’t given him an answer he would like but we would invite him and anyone else who may wish to, to engage with us via email to [email protected] or via many other contact points as found at harrogatebus.co.uk.

“We fully realise how frustrating it is for our customers on the occasions when we are unable to provide the high standard of service expected. We are doing a lot behind the scenes to respond to current industry-wide challenges around recruitment and retention of drivers — including by offering increased salaries to new and existing drivers, and by promoting opportunities to join us on the front of all our buses, on billboard advertising and via social media.

“This approach is already delivering positive results – we currently have 15 new colleagues preparing for new driving jobs in Harrogate at The Academy, our own in-house training facility in Starbeck.”

Mr Ottley also explained why the company has increased its prices:

“Everyone will be aware that the price of almost everything is rising at the moment, especially fuel and energy, and unfortunately, we are also not immune to these increased costs — price changes are a common factor across many businesses at the moment. Along with many other transport operators across the country, we have now reached a point where we need to ask our customers to share some of this with us.

“We have held prices down for a while now. This will be our first fares change since September 2019 – and our tickets are still good value, especially compared with other forms of transport, including the car.

“These changes will allow us to continue recovering from covid, increasing timetables back to pre-pandemic levels, investing and improving wage rates — all after almost three years of holding down fares. We’ve also taken this opportunity to simplify our ticket range where we can to make travel easier, while still offering flexibility to our regular customers.”