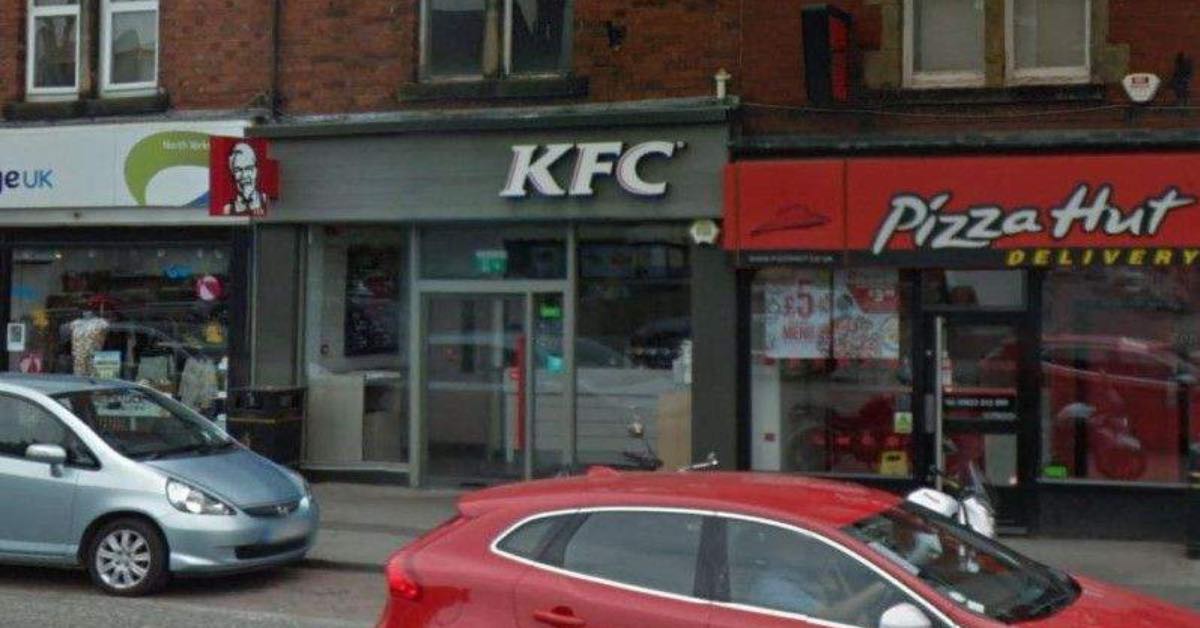 KFC has withdrawn plans to expand its premises in Starbeck.

Under proposals submitted to Harrogate Borough Council, the fast-food chain planned to take over and convert the former Age UK shop next door to create more space for seating.

An area for 14 seats would have been created and a new disabled and unisex toilet installed.

The conversion of the unit would also have seen a new main entrance built.

While the current KFC is mainly used as a takeaway, the fast-food chain said the plan would help it function as a restaurant.

Pegasus Group, which submitted the plans on behalf of KFC to the council, said in planning documents:

“The proposal seeks to utilise it as a seating area directly associated with the existing KFC premises next door. The existing KFC is a Sui Generis takeaway use.

“The proposal will allow for a seating area to be introduced meaning that the existing KFC could operate more as a restaurant.”

Now, the fast-food chain has withdrawn the plan. No reason has been given in planning documents for the decision.

In a letter to the council, local resident Peter Walker said the High Street already had enough takeaways.

“Starbeck High Street has more than enough takeaways at this time. Expanding the current provision detracts further from the character of the area, increases the risks due to vermin and drives away other businesses who would suffer further from queues of delivery drivers.

“We already have rubbish dumped in the area by customers of this business. The number of occasions I have had to clear away half eaten chicken from this shop is growing.

“The waste attracts rats and we are seeing more of those in the area this summer. Chicken bones are a health risk to dogs and I have to exercise vigilance just to take my dog for a walk.”

The Stray Ferret has approached KFC for comment, but has not received a response by the time of publication.