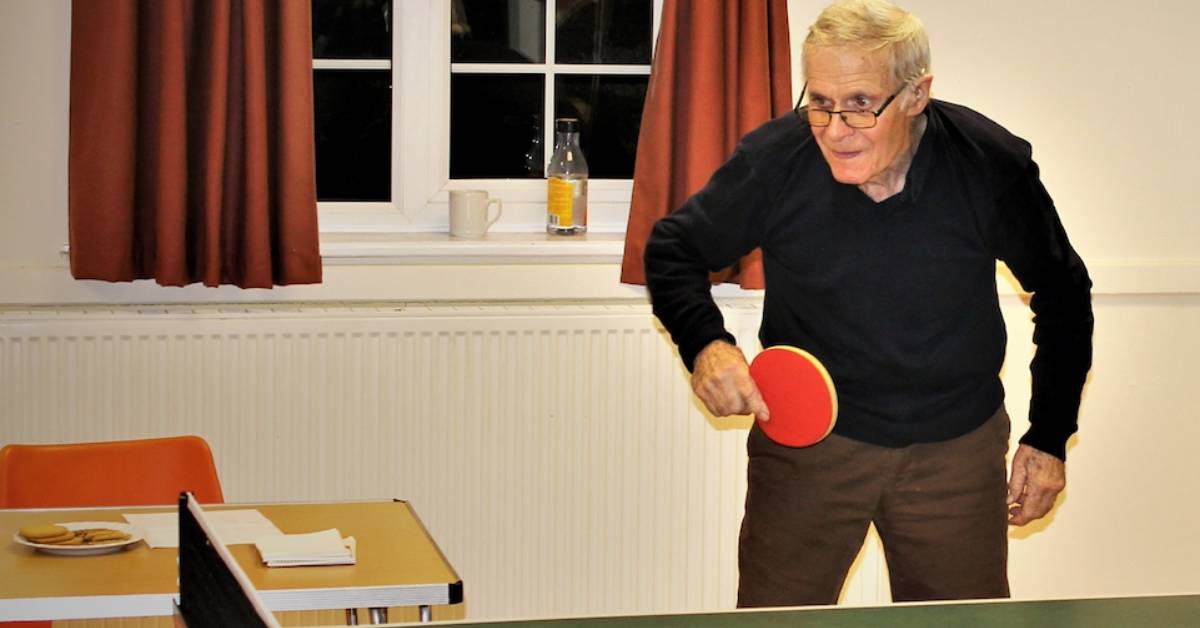 Last weekend was the 21st Staveley table tennis marathon — a unique event where the village hall is kitted out with tables for games that last from 9am to 8pm on Saturday and Sunday.

Mr Barker was inspired to start the event to support cancer charity Macmillan as there were some nurses that lived in the village. He thought table tennis was the most weatherproof way to run a fundraiser in the winter months.

Charities that have benefitted from the marathon include Martin House Children’s Hospice, St Michael’s Hospice and Children In Distress, among many others.

“We’ve never stopped since, we’ve kept growing the number of charities we support.

“We’ve gone on nicely. I always try to choose charities for people who want help and can’t help themselves.”

Mr Barker has lived in the village all his life, except for a couple of years in the 1950s when he served in the military during the Suez crisis.

He’s still sprightly and handy with a racket.

“I might make more tea then I play games these days but I always enjoy a game. I will continue having this marathon as long as i can.”

Last weekend over 60 players took part, including players in the Harrogate league as well as amateurs and villagers.

The marathon is supported by Staveley resident and chairman of the Harrogate Table Tennis Association, Graham Bowland, who managed to play for 19 hours.

Mr Barker said the fundraiser is a great way to meet new people and is an event that everyone in Staveley looks forward to.

This year, all money raised will go towards charities that tackle Parkinson’s disease.