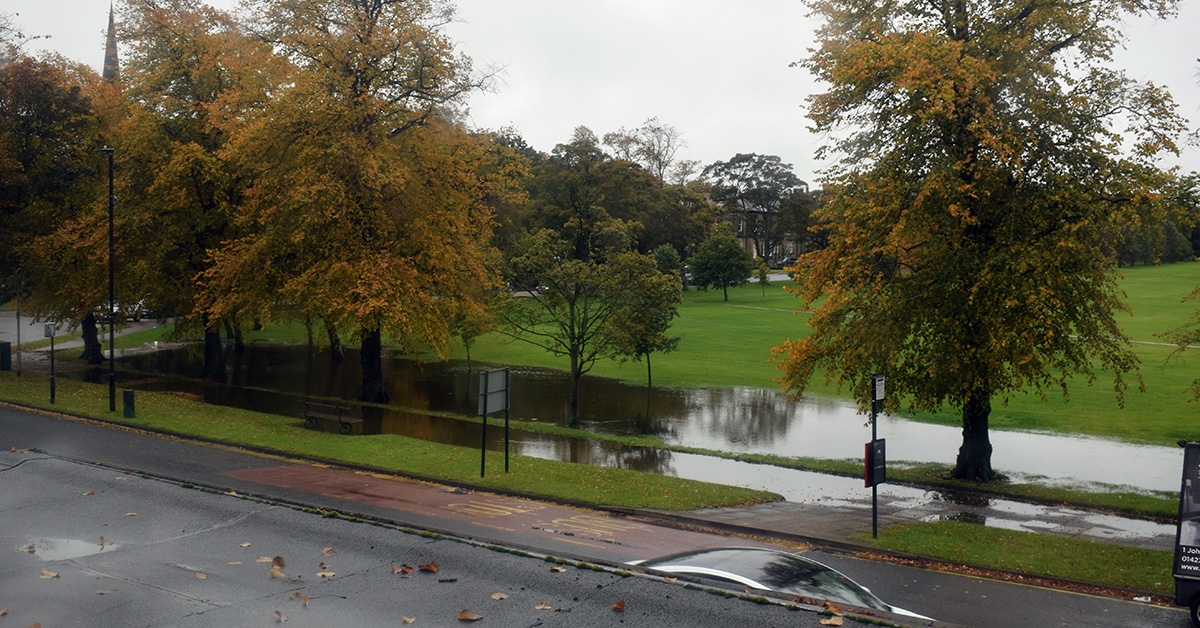 The West Park area of the Stray was flooded this morning after the first night of heavy rain since Harrogate Borough Council spent £20,000 improving drainage.

Several large puddles covered the Stray this morning, the largest of which is at the corner of West Park and Otley Road.

The council announced in April it had awarded £130,000 to Glendale Services to restore the Stray after last year’s UCI Road World Championships caused widespread damage.

More than £20,000 of this was set aside to improve poor drainage, which caused regular flooding. 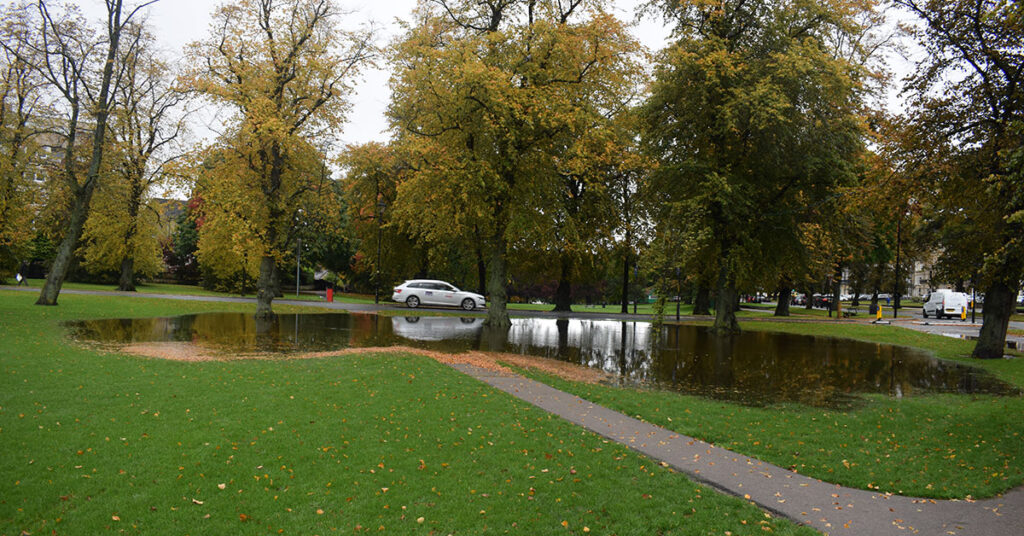 More puddles on the corner of Beech Grove and West Park.

Council leader Richard Cooper said the investment would “address the historic drainage issues at the corner of Otley Road and West Park” that had been “an issue and frustration to local residents for a number of years”.

But today’s evidence suggests the problem of flooding remains.

“Overnight, there was a significant amount of rainfall that has resulted in numerous areas in Harrogate and across the district experiencing standing water. West Park Stray being one of them. This standing water will filter through to the drainage channels in due course.” 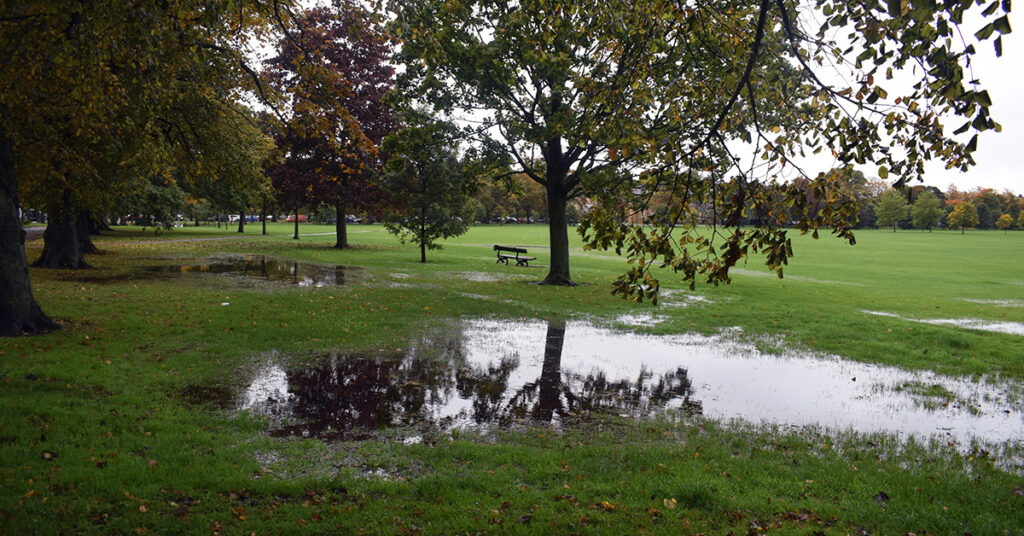 The council promised to fix the problem.

The Stray Defence Association said it believes the work did not fully repair the damage and said it remains “dangerous” – something the council disputes as “frankly ridiculous.”

West Park Stray: A year at a glance