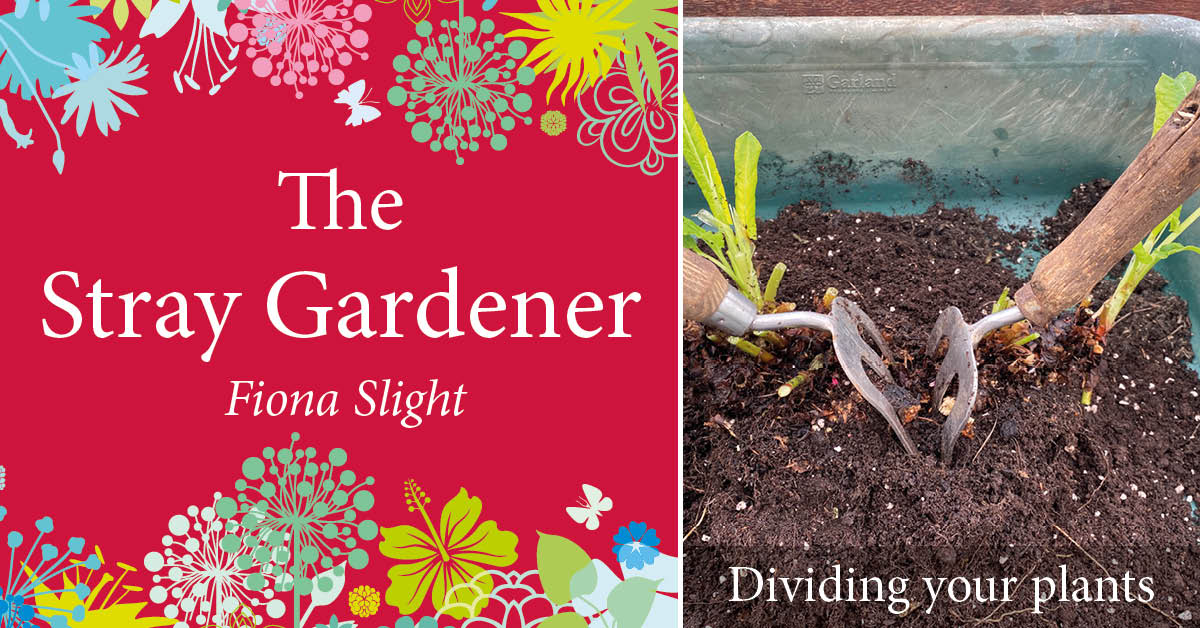 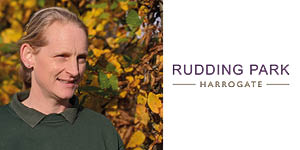 The Stray Gardener is written by Rudding Park’s Kitchen Gardener, Fiona Slight. Fiona has worked in horticulture for more than 30 years in the UK and abroad, and specialises in growing fruit and vegetables for fine dining. This month, Fiona explains how to divide your plants and why it’s beneficial.

As we start to ease towards the autumn, the cooler and wetter weather gives us an opportunity to think about dividing some of our herbaceous perennial plants. This is the time of year I start eyeing up the plants around the garden to decide which ones could do with a little TLC. For most perennials, it’s a way to not only rejuvenate plants but it also gives us a chance to reduce clumps where plants are starting to out grow their space and also a way to increase the number of plants you have at a fraction of what they would cost if you bought them in. 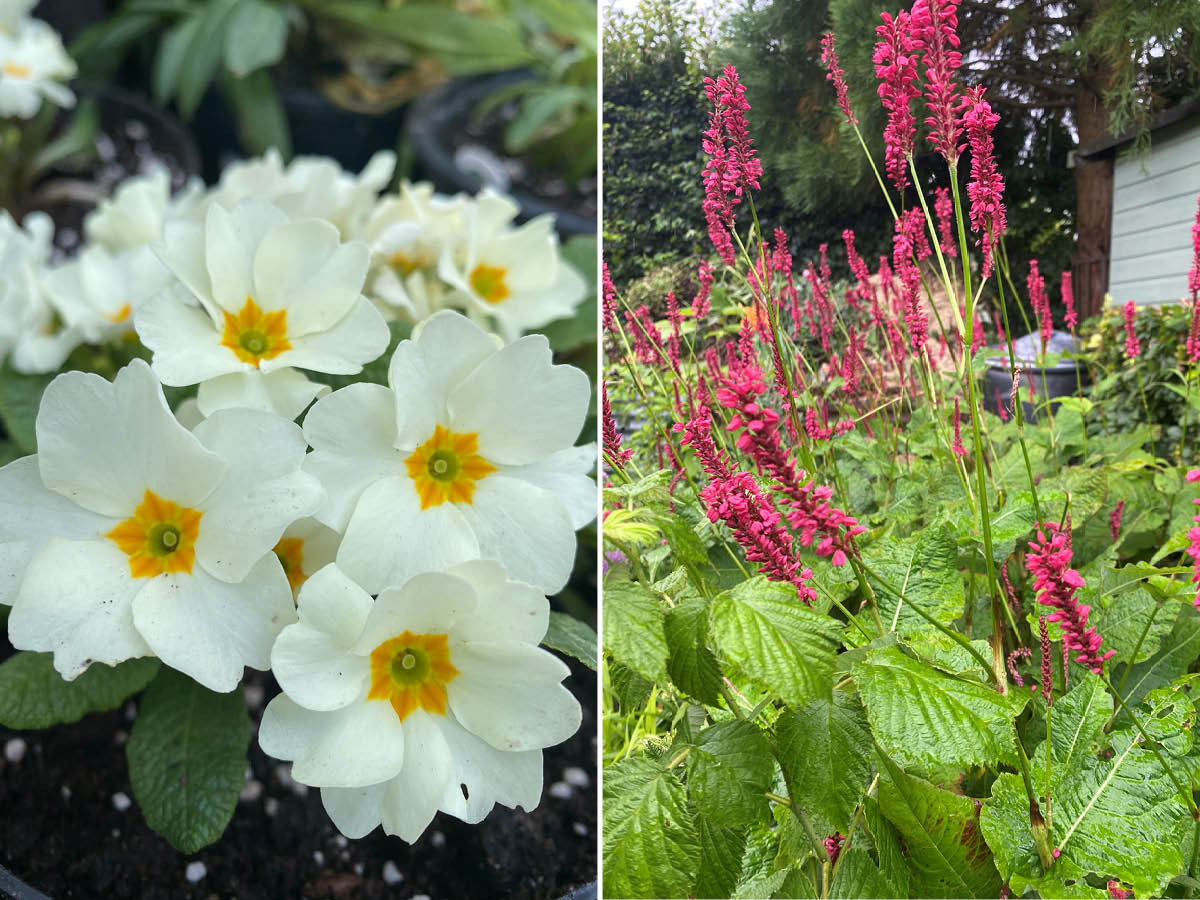 Primula is best divided directly after flowering. Persicaria is very easy to divide.

There are a multitude of different plants that can be divided in the autumn, although it is a good idea to check before you start as some plants such as agapanthus and several of the grasses are best left until the spring as they divide more successfully then. Some spring flowering plants such as irises and primulas are best divided in June and July as soon as their flowers have finished, as this is when they tend to produce their new roots. Plants such as persicaria, anemone, aster, phlox, geranium, salvia and alchemilla (lady’s mantle), will all divide very successfully in the autumn. The secret is to make sure they are watered well once divided and are kept damp until they start to establish. 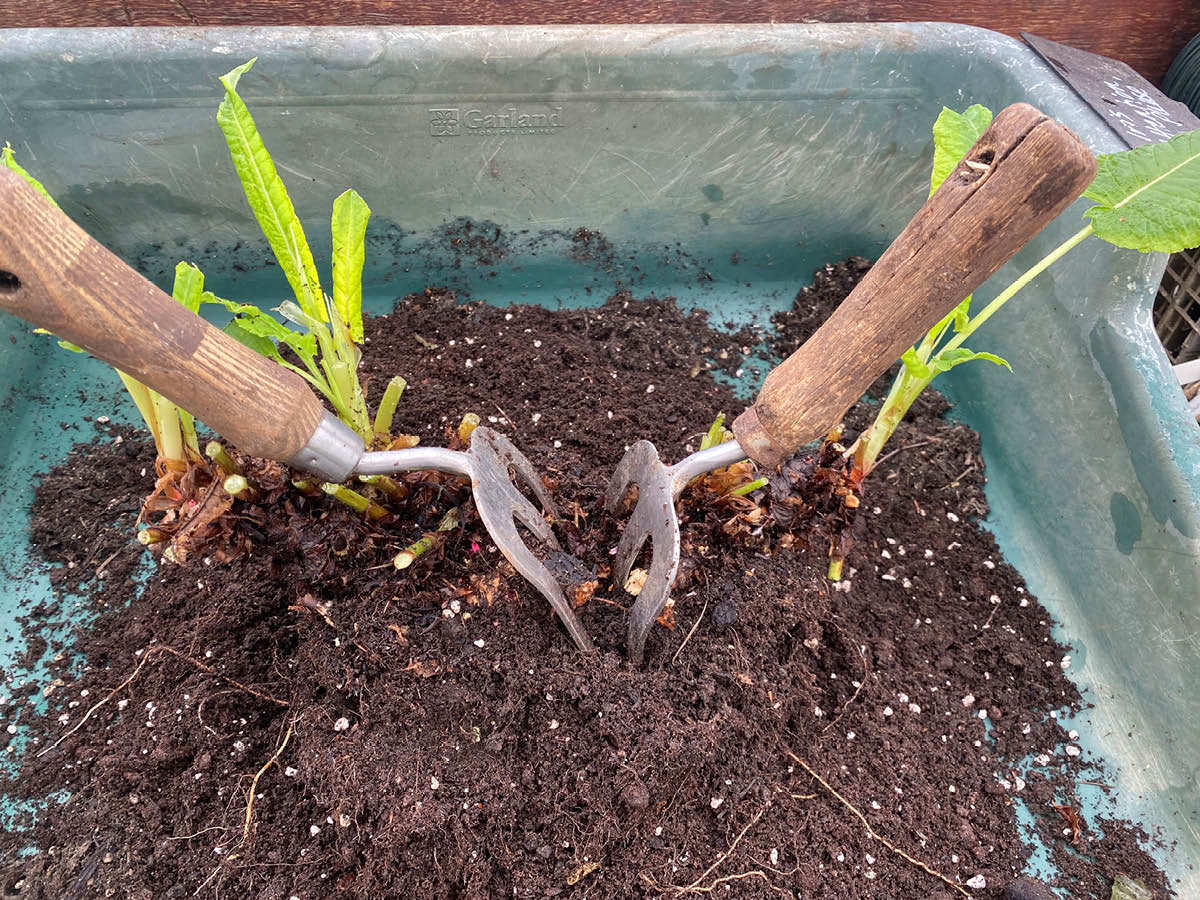 Dividing Persicaria – use garden or hand forks back to back to help divide them.

The technique of dividing is easy. Simply lift the plant out of the ground gently with a garden fork, and shake off any excess soil to be able to see the roots clearly. Some plants will divide themselves rather conveniently as you lift them and then it is just a case of teasing them apart with your hands. Some plants have a much denser root ball, which may need two forks which can be placed back to back in a convenient gap and gently levered apart to divide. This can be done several times depending on the size of the clump. 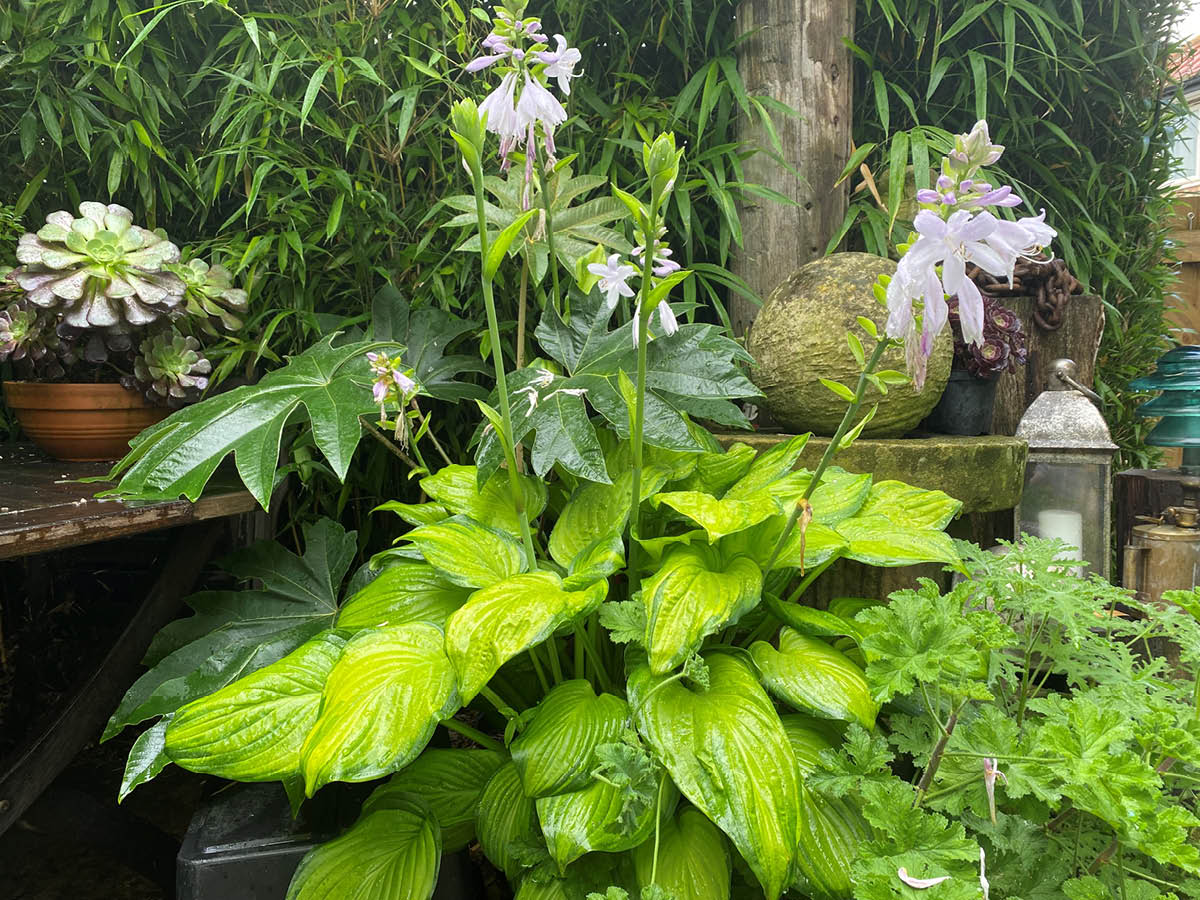 Hosta is best divided when the leaves have died back and you can see the growing pints more easily.

Occasionally some plants may need an axe or a spade to cut them apart. Quite a few of the grasses and bamboos tend to need this treatment to divide them more easily. It is best to aim to get between three to five growing points at least for each division, to ensure the plant will establish well in the ground.

Once you have finished dividing your clump it is important to get them planted as soon as possible. If it is a dry, sunny day, it’s worth having some sacking or a tarpaulin to cover them up with to keep them as moist as possible until they are replanted. They should be planted at the same depth as before adding garden compost, leaf mould or other soil conditioner to the planting hole. Don’t forget to water them in well when finished! 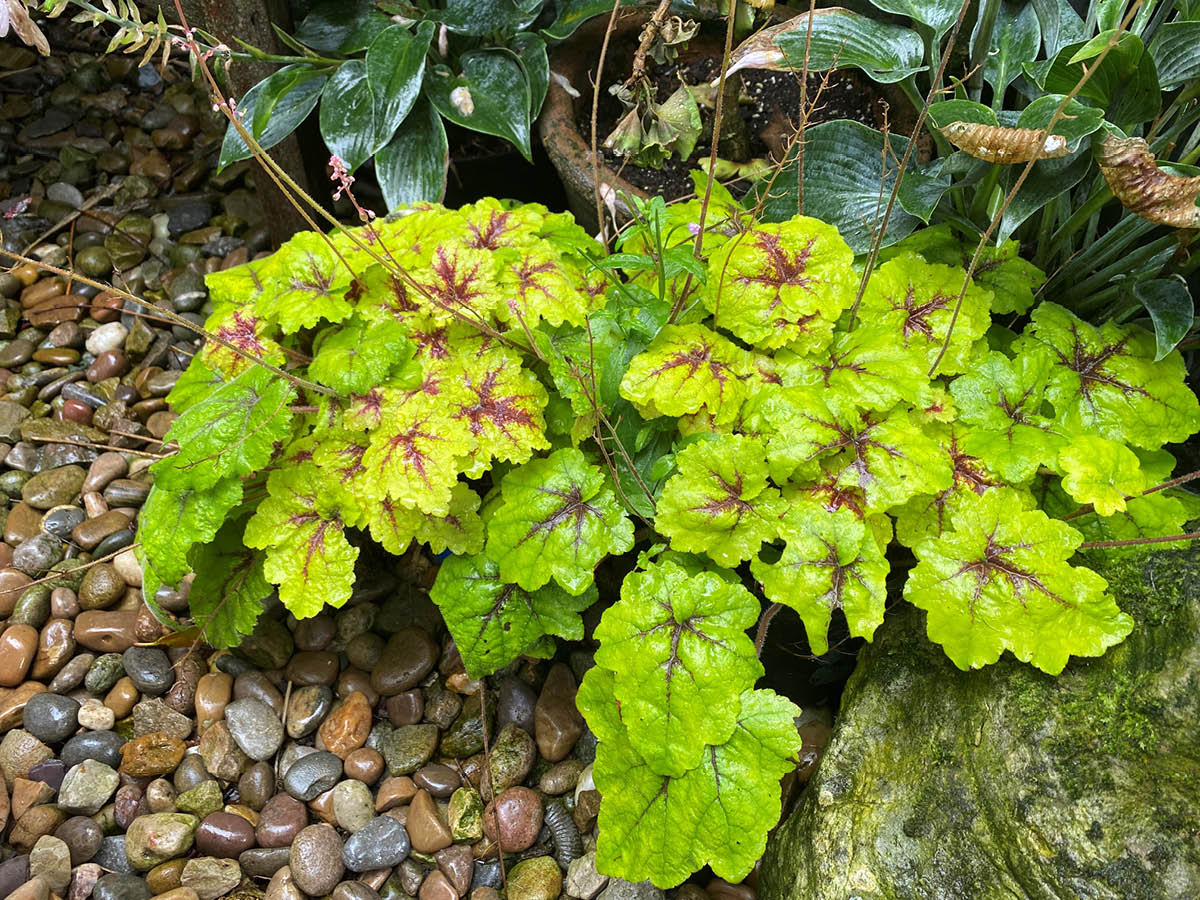 Heuchera should be divided regularly to keep them in good health.

If you are not quite ready to put them in their final position, it is worth potting and storing them in a sheltered position – making sure to water them regularly until you need them. It also gives you an opportunity to have spare plants ready and waiting for other areas of the garden, or to share with friends.