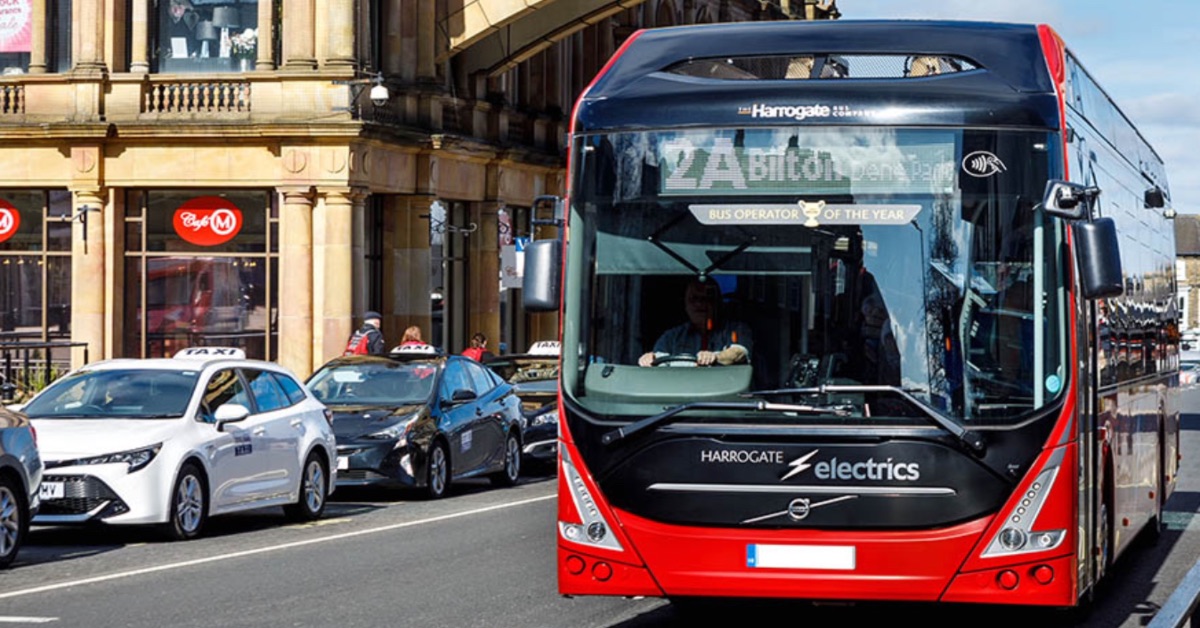 Harrogate councillors have signalled their strong support for ideas including more bus lanes and a smart ticketing system to boost use of public transport.

Members of Harrogate Borough Council’s overview and scrutiny commission will put the ideas to North Yorkshire County Council to support a multi-million pound bid for government cash, which could help pave the way for a greener transport.

The ideas, which also include more electric buses and more frequent services in rural areas, are part of a wider move to reduce car travel.

But after years of cuts to services and declining passenger numbers, there are questions over how willing motorists will be to make the switch to public transport.

Speaking at a meeting on Monday, Cllr Michael Harrison, the Conservative representative for Killinghall and Hampsthwaite, said:

“All these ideas to make buses more attractive are clearly welcome but we must not kid ourselves that if people do not use them and they are just running empty tins of fresh air, then eventually they will fail.

“We need to be realistic about running empty buses because the funding will always run out if no-one is using them.”

£7m a year on bus passes

North Yorkshire County Council is the area’s public transport authority and subsidises around £1.5 million a year to keep services running.

It also spends about £7 million a year on bus passes for the elderly and disabled, as well as their carers.

The county council is currently drawing up bidding proposals for the government’s new bus strategy, under which £3 billion is to be made available to make buses across the country cheaper and easier to use.

The bid is being prepared through a Bus Service Improvement Plan and so-called enhanced partnerships where the county council will agree to infrastructure improvements in return for better services from bus companies.

Cllr Phil Ireland, cabinet member for carbon reduction and sustainability at Harrogate Borough Council, said the proposals would play a key part in funding a greener future and highlighted the importance of collaboration between Harrogate’s two bus companies – Transdev and Connexions.

“These two key pieces of work will unlock the potential of future funding via the national bus strategy, so it is vital that the county prepare these and that we feed in Harrogate Borough Council’s views.

“We have particularly discussed the integration of tickets and had a long debate about trying to resolve the impasse between Transdev and Connexions.

“I’m no miracle worker and I can’t guarantee we will be able to overcome that problem.

“But it is important that we do get this integration moving forward and get collaboration between bus providers in the district if we are going to persuade people to discard their cars and use public transport more frequently.”

Under the plans for smart ticketing, passengers would be able to use their tickets on different modes of transport and with different travel companies.

Councillors have also signalled their strong support for a Harrogate park and ride scheme, which county council officials are currently looking into. There are two potential sites for this – land near Pannal Golf Club and another site near Buttersyke Bar roundabout south of the village.

It comes as the county council is currently piloting its on-demand bus service, YorBus, which allows app users to book and track services on-demand in the Ripon, Bedale and Masham areas.

Since its launch in July, 726 journeys have been completed with an average customer rating of 4.9 out of 5.

Staff departures due to mandatory vaccines have forced some council-run homes in the Harrogate district to scale down services.