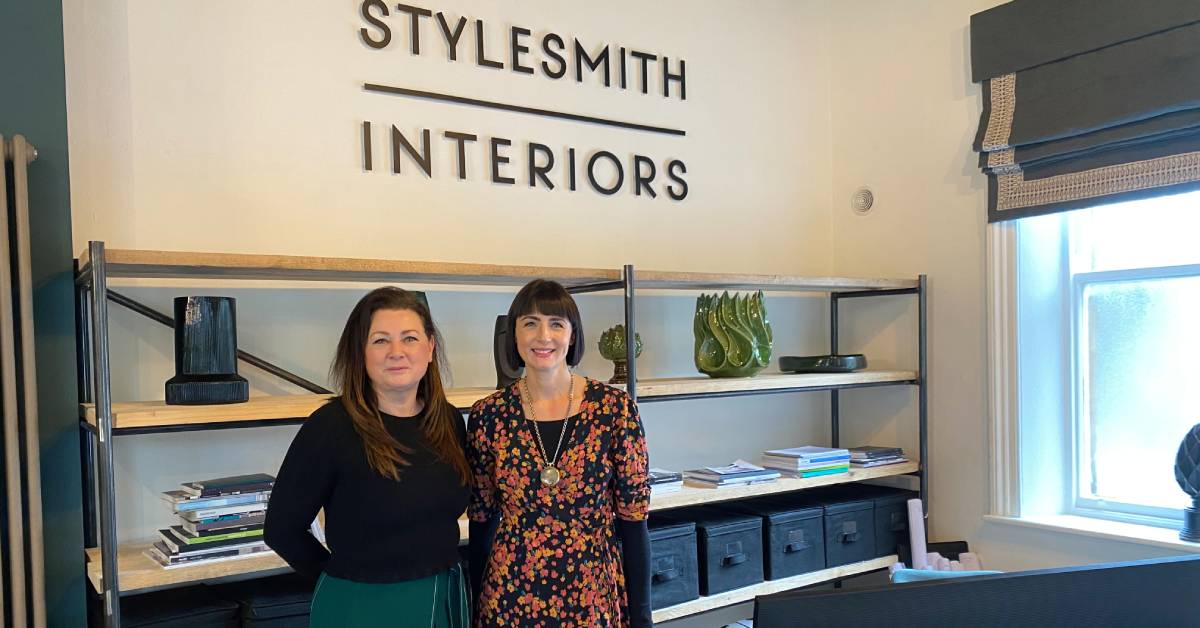 This article is sponsored by Lapicida

From working on each other’s kitchen tables, to launching a stylish new Harrogate design studio, Rachael Webber and Justine Kirkham have come a long way in just three years.

Their business, Stylesmith Interiors, has gone from strength-to-strength, with a surge in demand caused by the pandemic seeing them move to bigger premises on Cold Bath Road.

The building, which formerly housed Fit Harrogate and the Joy organic food store, has been transformed into a modern space, which will allow the interior designers to meet clients and network with architects and builders, along with others involved in their projects.

As a retail space, it has been tricky to run a profitable business due to the lack of footfall. Joy closed its doors in August, less than a year after opening its doors.

There’s hope the design studio will be a much better fit, as there isn’t the reliance on passing trade. 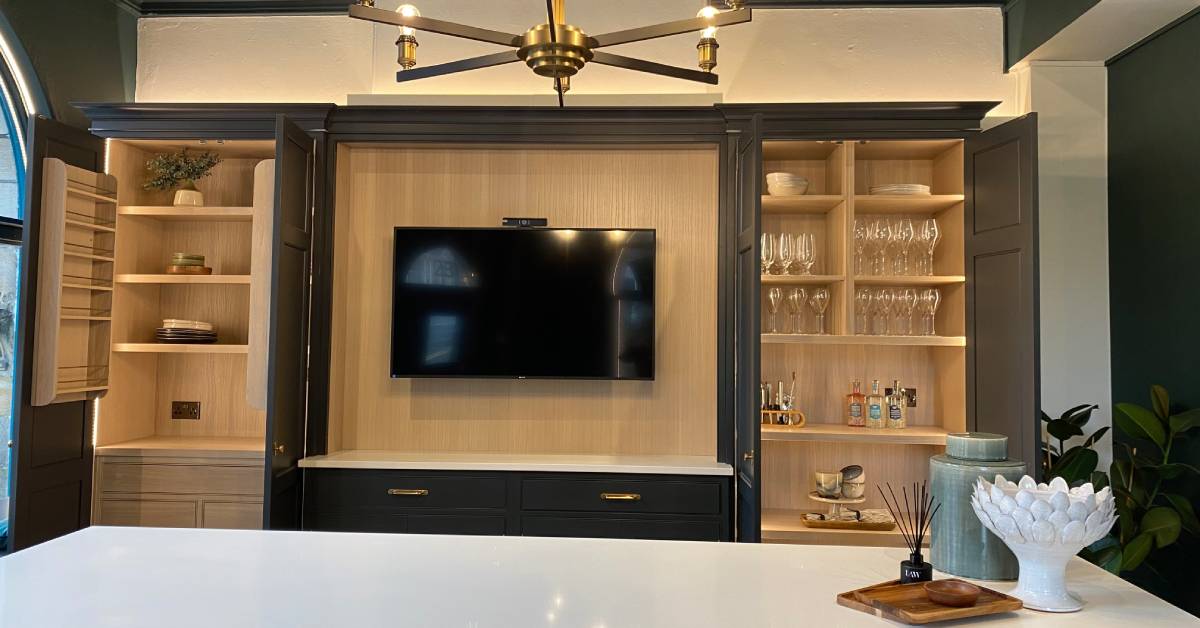 The new design studio shows off the duo’s style

“In the middle of lockdown we were accumulating more and more things, as obviously construction carried on. So whereas we thought everything was going to slow down, as it turned out, we were busier than ever. It was great, but also it meant that it was absolute chaos with all the boxes of samples etc.”

The duo soon realised they needed more room, so found a unit at Hornbeam Park.

When they were told the building was going to be demolished and redeveloped after 18 months at the site, it was the push they needed to move to bigger premises.

After looking at lots of similar office buildings that were tucked away, they realised when everything reopened after lockdown, their clients wanted to visit them in person.

“This building just happened to come up and we thought it was a bonus that we are visible, but we are not retail so we don’t need the footfall like a retail shop. We are very happy and we love it. “

Both Justine and Rachael have previously worked for large interior design companies and have 30 years of experience between them. Rachael also has a background in fashion. 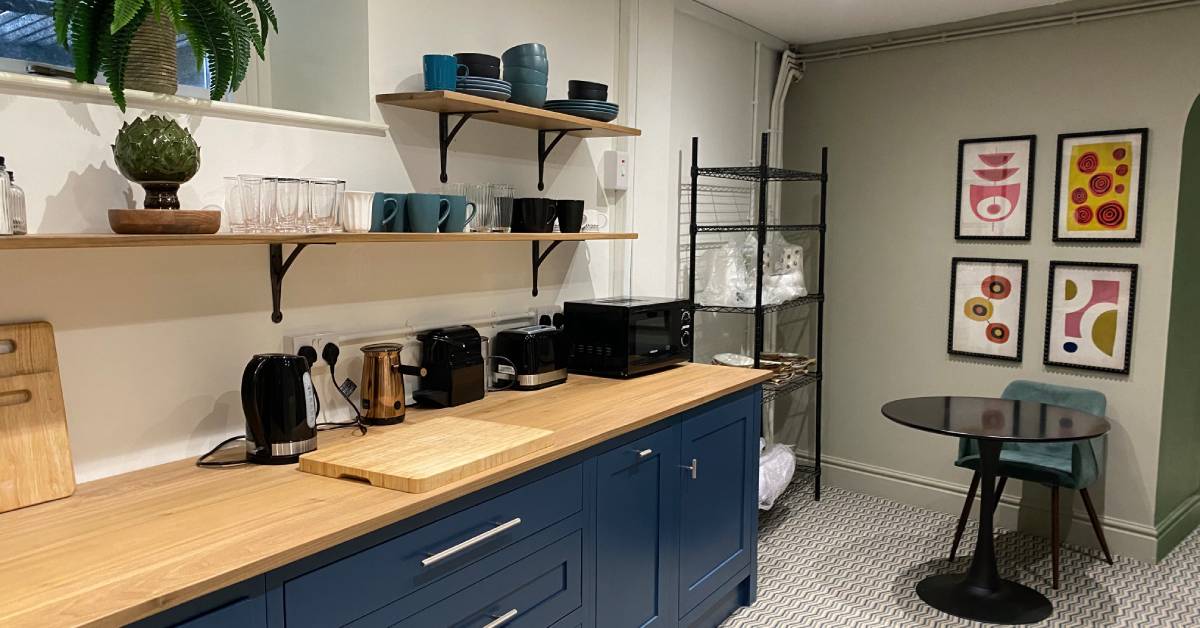 “What we have realised is you get very much dragged into this corporate set-up where it’s all about sales figures and data and systems and it takes away all the creativity in what you are doing. So when we started talking originally, that was the bit that bugged us.

“We thought it needs to be more client-focused, where it’s all about their experience. So we decided to set-up ourselves.”

To complement the skills of their interior design team, Justine and Rachael also partner with experts and suppliers across the homebuilding and renovation industry. These include builders, architects, kitchen and bathroom suppliers and curtain manufacturers.

The new space, painted in Little Greene’s Harley Green, features elements of design that act as a showcase for the duo’s style. A studio downstairs houses samples, including material, paint and tiles.

“The space shows what we can do. We have kept it very clean and haven’t gone glitzy. It’s much more how most people actually choose for their houses to be. A bit more colour, to push people outside their comfort zones slightly, but without being blingy.” 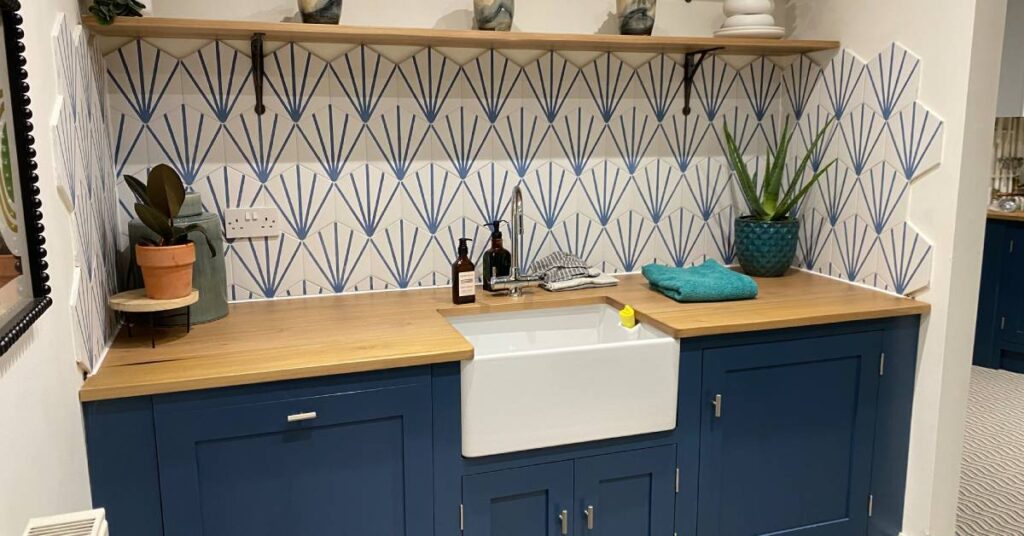 The kitchen area in the new studio

The pair said they didn’t have a specific style when it came to their design ideas, however, personally they had an “understated” take on design.
There are plethora of talented interior designers in Harrogate and a lot of new housing developments and renovation projects going on at the moment.
Some of these also have their own showrooms in the town. To stand out from the crowd, each have their own distinct style, allowing them to become successful in their own right.
Justine and Rachael’s understated modern design already clearly speaks to a lot of people.
Recently I’ve found myself being a fan of maximalism. This is a style that embraces the all-out: beautiful colour palettes, luxurious textiles, patterns and embellishment, Just last month I did an interior design masterclass with Joanie Mac, where I discovered I was very much drawn to that particular style.
But the simple elements of design Justine and Rachael have a lot of appeal.
For example embellishments, like the black taps in their downstairs bathroom and eye-catching blue patterned tiles, made the small space look luxurious.
It is interior design that is accessible.
Justine said:

“We are not trying to be this super duper London-style – very uber cool. Because that doesn’t work up here. But equally we don’t want to be at the blingy, over-the-top end..
“Some people want this very Scandinavian style. We have got loads of people wanting the slightly industrial style. We are doing a barn conversion at the moment where it is very grand, so we are putting a bit of oomph into that. It all depends on the client.”

Justine added that they also complimented each other as designers, describing herself as ‘a starter’, who loved gritty building sites and tearing walls down, while Rachael enjoyed adding the finishing touches.
And despite interior designers traditionally been associated with the rich and famous, the pair were keen to stress that anyone could hire their services – even me for my humble 80s semi.
Justine said:

“For example if you wanted to put in a new kitchen or bathroom, or you are looking at flooring or you wanted to knock a wall down, then we are your gals.
“Everybody is doing extensions and creating open-plan living spaces. When you extend and you suddenly have all these masses of space, that’s when you need someone to help you make that work. This is because more often than not, you end up with a very echoey, cold space. 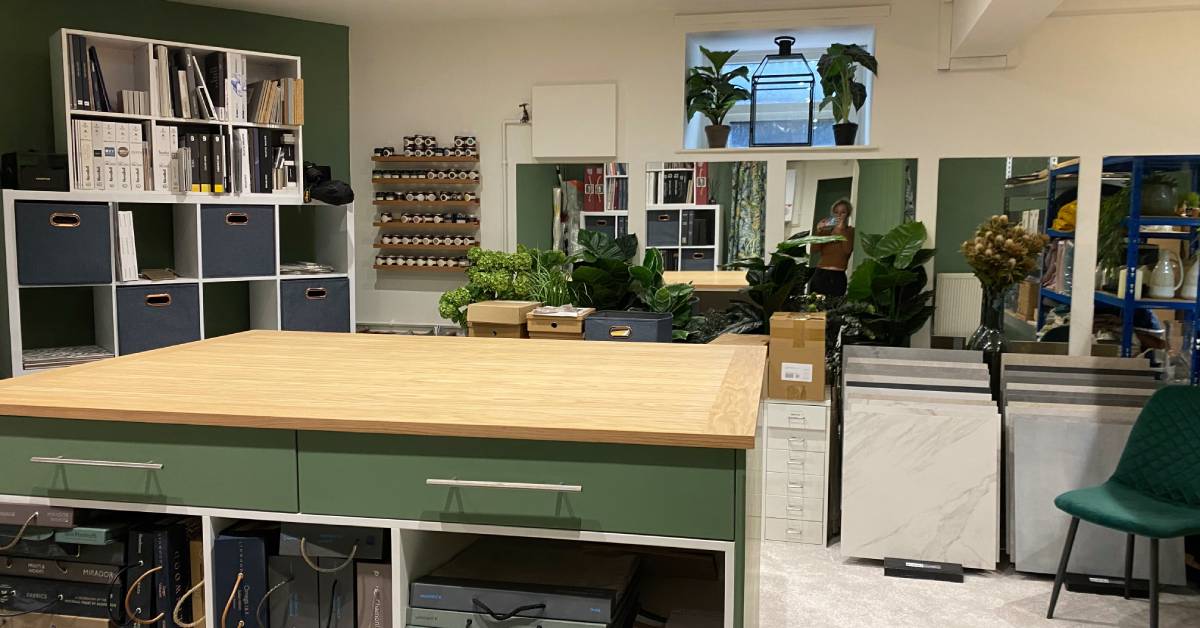 A studio downstairs houses samples, including material, paint and tiles

She added that many developers would request neutral schemes, but this could still have a hint of colour, such as a blue or green. This would often lead to properties selling more quickly and for extra money, as they would look more stylish.
I completely agree with this, as, like them, I believe colour can still be neutral. I am definitely not about the magnolia life.
Justine said:

“The whole point for us is we want to be this much more approachable interior design set-up. So it’s not about feeling worried about walking through the door.
“If people come in we will give them a warm welcome and chat about their project and potentials and what they are thinking of doing. That is key really, it feels really intimidating, but it doesn’t have to be. It doesn’t have to be really expensive.

Town fans will be watching the FA Cup Third Round draw on Monday night and hoping for a mouthwatering tie against the likes of Leeds United and Liverpool.