0 Items
Tanker catches fire on A1 (M) near Boroughbridge
by 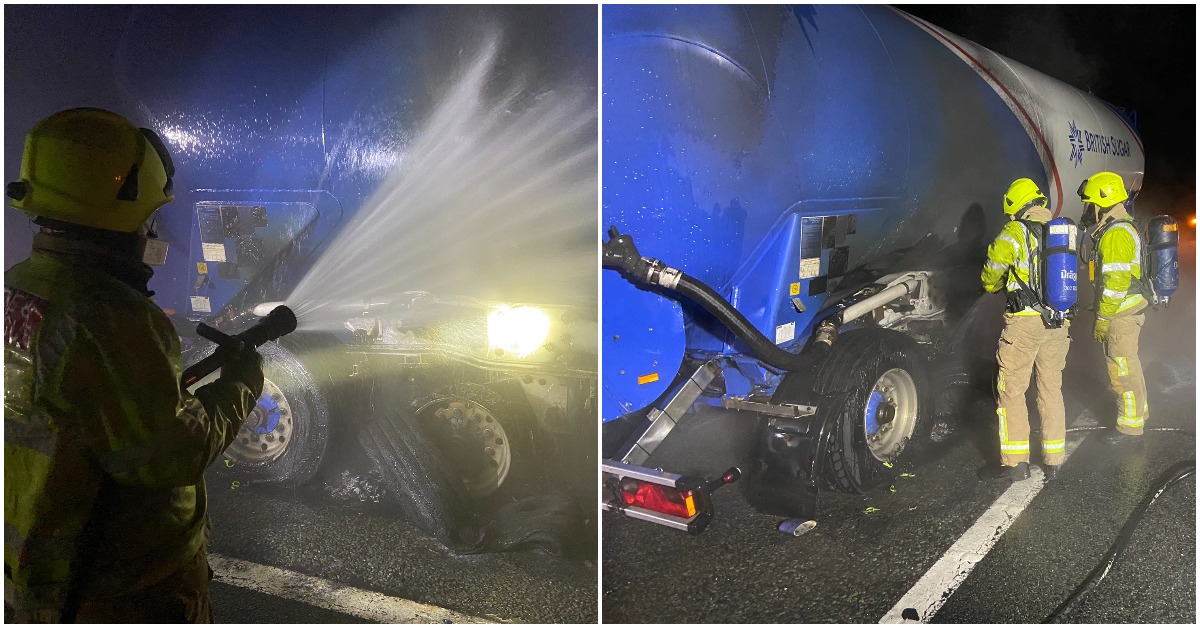 Four crews from North Yorkshire Fire and Rescue Service were called to the A1 (M) near Boroughbridge this morning after a tanker caught fire.

Crews from Harrogate, Knaresborough, Boroughbridge and Tadcaster rushed to the incident at 01.32am this morning.

The brakes and tyres of the tanker, which was carrying sugar, had set on fire. The crews were able to detach the trailer from the cab, which luckily didn’t set alight.

In its incident summary, the fire service said:

Highways England said it was called at the same time to patrol the traffic.

All lanes were reopened by 2.57am. The last of the fire crews left the scene at 2.45am.