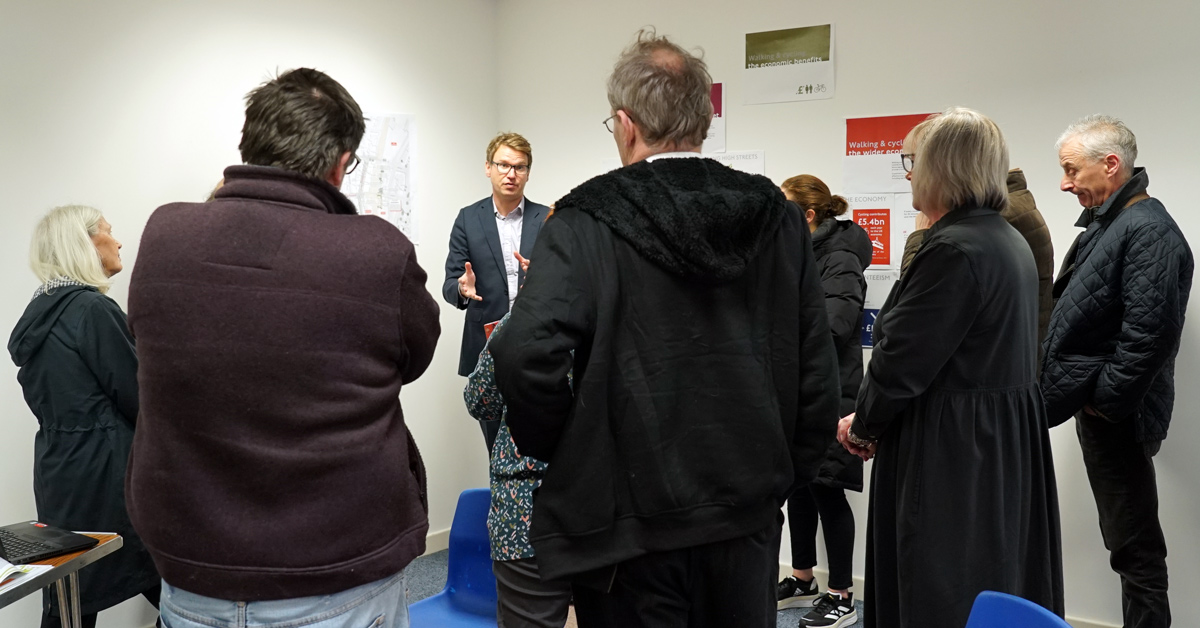 Around 20 people turned up for the consultation this morning.

Around 20 residents turned up for the meeting at the Victoria Shopping Centre, where some raised concerns about the scheme.

Some residents said they feared long tailbacks in the town centre as a result, others questioned if it would have the desired effect of increased cycling and walking.

This was the first in-person public consultation on the Station Gateway scheme. The previous round was held online due to coronavirus.

Matthew Roberts, who leads on the project from Harrogate Borough Council, told the Stray Ferret:

“It has been a busy start. People are very passionate about the town, which is a good thing. We weren’t expecting too many people to come down to say they like it.

“The taxi drivers were very concerned about the taxi rank, which was not represented in the video fly-through. So it was good to tell them that it would not be affected.

“We also made it clear that Station Parade would never be closed, it would be a phased construction so it is positive to great that across.”

Peter Mctague, who owns a property near to Station Parade, said:

“I have two concerns. One is that the environment would be more badly damaged by cars spending more time travelling.

“The second concern I have got is that I think it would move a lot of traffic from commercial streets to residential streets.” 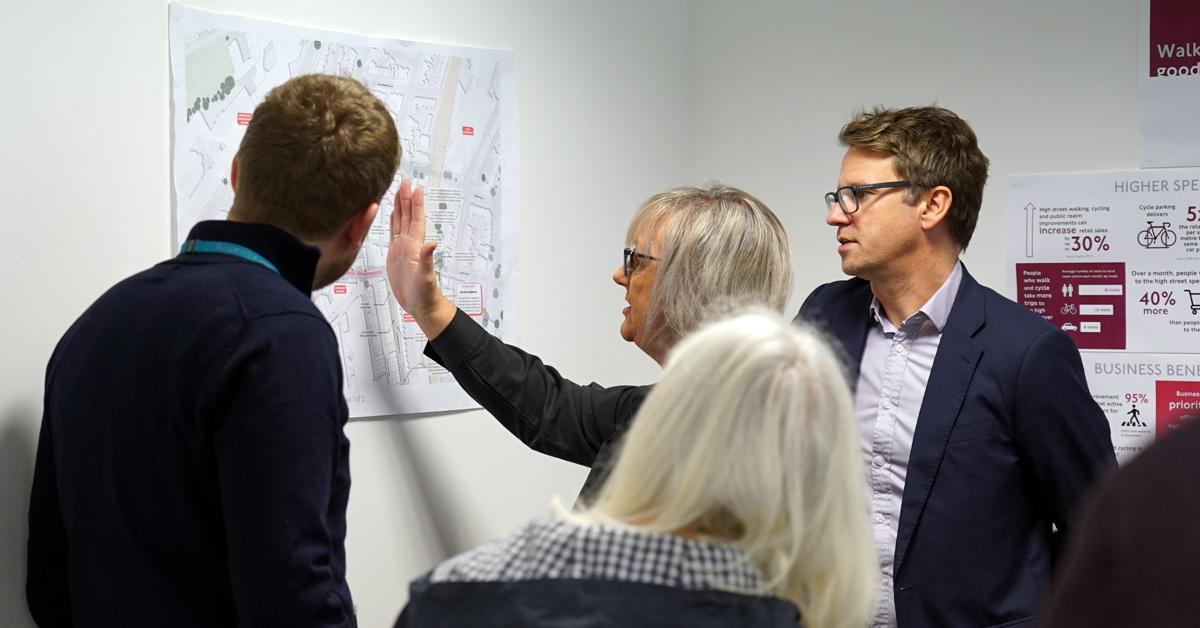 Residents were shown the plans at a public meeting at Victoria Shopping Centre today.

“The scheme is outrageous. To affect all our lives by not being able to access our homes, to put up with increase traffic levels to benefit a few people who want to cycle is unacceptable.

“At the very least this ought to be trialled before the work starts and the money is spent on it. We would also have to put up with a lot of disruption while this is being built.”