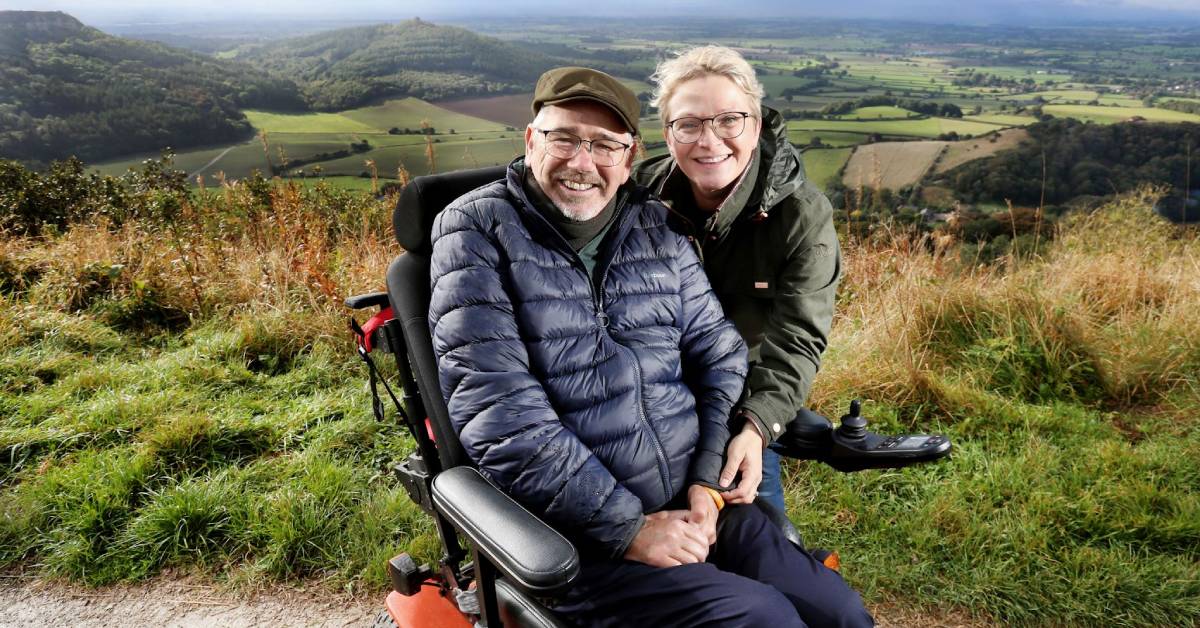 Ian Flatt and his wife Rachel

A Harrogate man with motor neurone disease is to scale Snowdon to raise funds for Leeds Hospitals Charity and the MND Association.

Ian Flatt, 56, was diagnosed with the terminal illness in 2019 and needs a ventilator for 16 hours a day.

Despite his diagnosis, he’s already completed two 100-mile trips to raise money for a new state-of-the-art MND facility in Leeds.

His latest challenge will see him ascending the highest mountain in Wales, which is 1,085 metres tall and the equivalent of climbing 4,610 steps.

The Leeds-based hospital charity is raising money to build a new Rob Burrow Centre for Motor Neurone Disease at Seacroft Hospital, where both men are cared for.

The former Leeds Rhinos player Rob Burrow MBE has become an ambassador for the disease since his own diagnosis in 2019.

“The Rob Burrow Centre for Motor Neurone Disease is very important to us as a family. We’re passionate about supporting other families going through this difficult disease.

“The support of the team at Leeds and their specialist help is so crucial for us to live as well as we can as a family. Whilst my mobility, dexterity and respiratory functions are failing, my sense of adventure remains intact.”

Mr Flatt’s wife, two daughters and around forty friends will be joining him on the Snowdon trek. Staff from both the MND Centre and Leeds Hospitals Charity will also be climbing the mountain.

The charity’s appeal has raised £2m of the £5m needed to build the new centre.