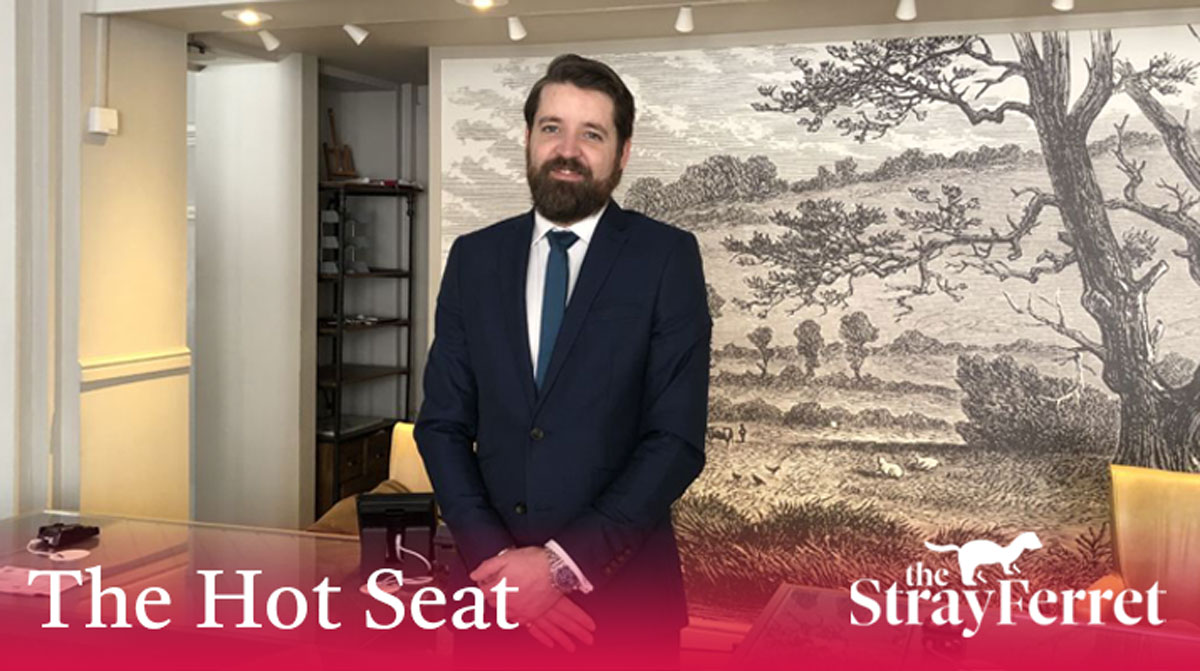 Paul Donkin at the reception of the St George Hotel.

Fifteen years ago Paul Donkin applied for a job as a waiter at the St George Hotel in Harrogate.

Now he is the hotel’s general manager and recruiting his own team of staff ahead of re-opening on May 17.

At 35, Mr Donkin may seem relatively young to hold such a senior position at one of Harrogate’s premier hotels.

But he has worked in hospitality since he was 15, lived in Harrogate for the last decade and a half and is brimming with ideas to revive the 90-bed St George.

The hotel, opposite the Royal Hall, is steeped in history but has had a troubled recent past.

After a multi-million pound refurbishment in late 2018, it closed during the first lockdown 13 months ago and then its owner, Shearings Hotels, went into administration in May.

The St George was one of 39 hotels in the group bought by Coast and Country Hotel Collection under an agreement with management company Bespoke Hotels.

Few people, besides a caretaker, have been inside the building for the past year, so it remains in superb post-refurbishment condition.

He also wants to create an afternoon tea room, which seems a brave thing to do in a town not exactly under-served by tea rooms. But he sees an opportunity to entice locals to enjoy a brew beneath the magnificent stained glass domed ceiling in one function room.

He also has plans to improve the Dog and Duck bar, which has lacked the appeal of some other Harrogate hotel bars despite its central location. As part of this, he has been talking to Cold Bath Brewing Company about introducing new beers.

What about reviving the hotel leisure club and swimming pool? The pool has been drained. Mr Donkin says:

“It’s on the radar of the owners. The Majestic and Rudding Park are the only hotel leisure centres so it would be nice to have one.”

Mr Donkin is currently recruiting about a dozen staff for what he calls a ‘soft launch’ in May. He says:

“Once we pick up speed we will be recruiting more.”

What does he think will be the biggest challenge in the new covid world? He replies immediately:

“Customer confidence. Everyone is still a bit nervous about sitting in a restaurant with up to 100 other people.”

At York Pavilion Hotel, where Mr Donkin was previously general manager, he says  more people booked directly with the hotel rather than through websites when it briefly re-opened after the first lockdown in September so they could ask questions about the covid protocol.

He predicts this will continue and there will be more last minute bookings until people feel confident again about going away. He says:

“It’s not going to be easy. But hospitality in Harrogate has always been strong. It’s always been a great destination to come to. We live in one of the most beautiful parts of the country.”

Although he welcomes the impending reopening of Harrogate Convention Centre, he says the town’s hospitality sector needs to be less dependent on it and “explore other avenues, such as leisure and corporate travellers”. He adds:

“I don’t think we will ever be back to where we were, with 200 or 300 people regularly attending conferences. People do that on Zoom now.”

Mr Donkin, who is married with two children and plans to run his first marathon in October as part of an ambition to complete a triathlon, clearly has a task on his hand. But he knows what he is letting himself in for.

He has worked at many of the town’s major hotels, including the Cedar Court, Old Swan and Crown, and knows the other hoteliers.

“In York, we knew each other but there wasn’t the same community feel as there is in Harrogate.

“I’ve been very excited since I got the role and can’t wait to re-open.”