0 Items
The woman behind Harrogate’s Tinsel the elf
by 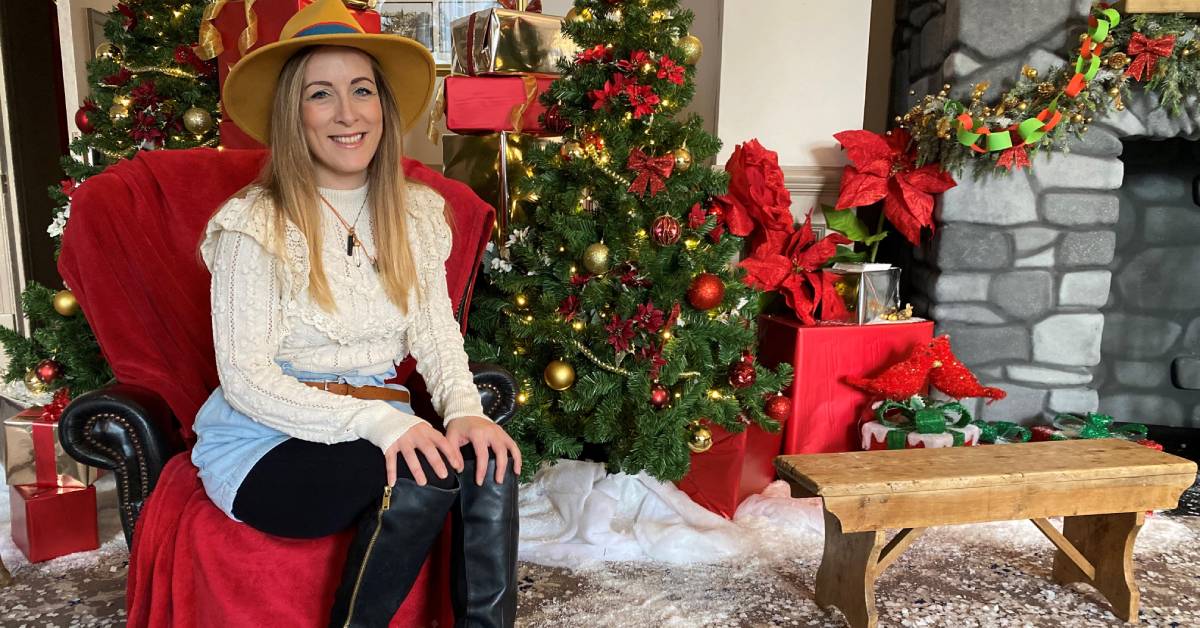 Suzanne Kaye-Vaughan, aka Tinsel the elf, at The Crown Hotel.

This article is sponsored by Berwins

It was a first for me this week, as I sat down for an exclusive interview with Father Christmas’s chief elf.

Tinsel is currently delighting children and grown-ups alongside the big man himself at The Crown Hotel, as part of a new interactive Christmas experience organised by the Harrogate Business Improvement District (BID).

And following a festive tour of the Elf School and workshop, which looks truly magical, I grabbed a cuppa with Tinsel – aka Suzanne Kaye-Vaughan, so I could get to know more about the woman behind the elf.

Suzie Fairy, as she is known to most children and parents in the Harrogate district, has been bringing joy and magic into people’s lives for almost two decades.

And when you meet her, it’s impossible not to be inspired by her passion for helping people of all ages “to shine bright”.

The actress got her first professional contract at one of Deborah Meaden’s holiday camps in Cornwall, long before BBC’s Dragon’s Den aired, where she performed her own cabaret act.

She was then offered a place at drama school at Bretton Hall, near Wakefield, which saw her move to Yorkshire after growing up in Wales.

“That’s where I did three years theatre acting and I really shaped my passion for educational theatre, and using my skills as a performer to make change, particularly helping children shine bright.

“I love creating immersive adventures for children that they would learn from, not realising they are learning, and making learning fun. I thought this was just magical.

“And so I started doing fairy parties as a side-line to my acting when I first graduated in 2004, and then that grew into doing loads of other different themed events, which then grew into working with lots of attractions, helping them enhance customer experience through immersive theatre.”

Suzanne’s company was previously known as Make a Wish Entertainment and her educational theatre company was known as Fantasy Kids Clubs.

After lockdown, she merged her companies under one banner and created Enchantica’s.

The actress is particularly well-known in the Harrogate area for running fairy and hero camps since 2005, with some of the children who attended now working for her as performers, which she describes as “really special”. 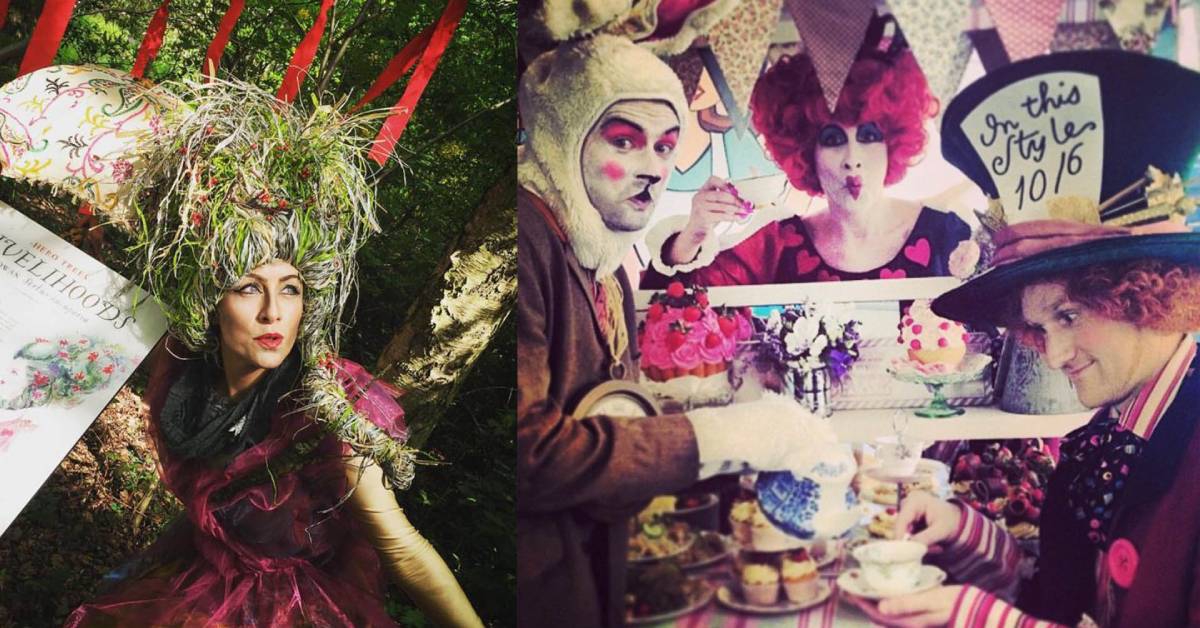 Suzanne has played a number of characters over the years

“Now people come to me with their objectives saying, ‘We need to entertain this age group. We have got this celebration to do. This is our learning objective’. And then my skill is that I bring that and make it a wow factor experience for people.

“So that’s anything from opening parties, to children’s attractions and private events. A lot of my work is private events, which I don’t often share as they are confidential.

“I’ve been an elf for the Royal Family before down in Ascot and have also performed in a castle for French royalty.”

Under her various alter egos, including the fairy Enchantica, Tinsel the elf and the Queen of Hearts, Suzanne has worked at a number of attractions and events across the district.

Recently they have included the UCI World Championships, where she ran free family classes in the Fan Zone, an enchanted forest Easter walk at Newby Hall and the Discovery Zone at the Great Yorkshire Show. She has also run events at Harewood House and Stockeld Park. 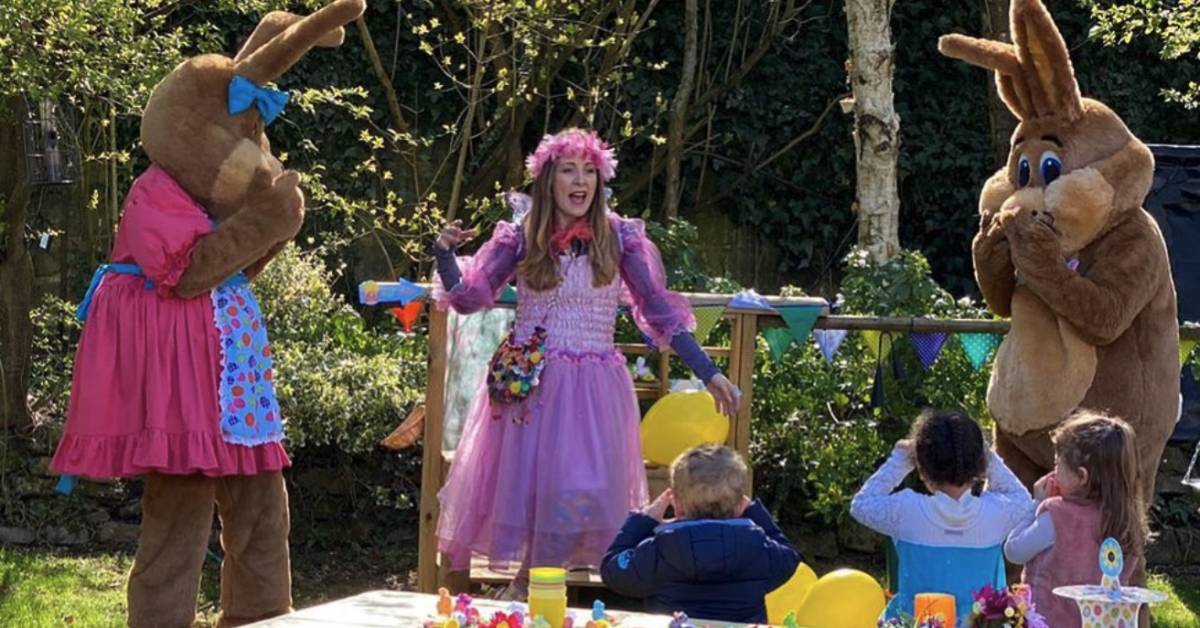 This year she also brought ‘The Garden Detectives’ to RHS Garden Harlow Carr, where the objective was to engage children in horticulture.

She has also regularly appeared as Tinsel the elf at the annual Father Christmas event at the gardens, which has long been one of the hottest tickets in town, but isn’t taking place this year due to Covid safety restrictions.

“Father Christmas at Harlow is such a tradition for so many people, and those traditions are something that we’ve had to find new ways around. I think that Covid has made us look at what else can we do.

“So this year we put the feelers out and teamed up with a magical team of other elves from Harrogate BID, Harrogate International Festivals and The Crown Hotel and formed a bit of a ‘Christmas Council’ to create an experience that we all thought was missing from the town centre.

“What has been lovely about being involved this Christmas, is it has been really great to work with a big team of people who are passionate about making Harrogate great for families.”

Suzanne said she hoped to return to The Crown Hotel with Father Christmas in future years and had been delighted with the demand.

Suzanne’s passion has been further fuelled by her four-year-old little boy, Dante.

She described how when he was a baby, she would perform with him on her hip. He now loves to perform and help her with her events and classes, even assisting with decorating and transforming spaces.

“Kids like being involved. During lockdown he delivered shows with me online and it gave us a really nice structure to our week connecting with families, and he will now perform with me.”

And as a mum who understands how precious time with little ones can be, Suzanne runs a number of wellbeing classes at her studio, Enchantica’s Workshop, on Beech Avenue, which she created just before the first lockdown. 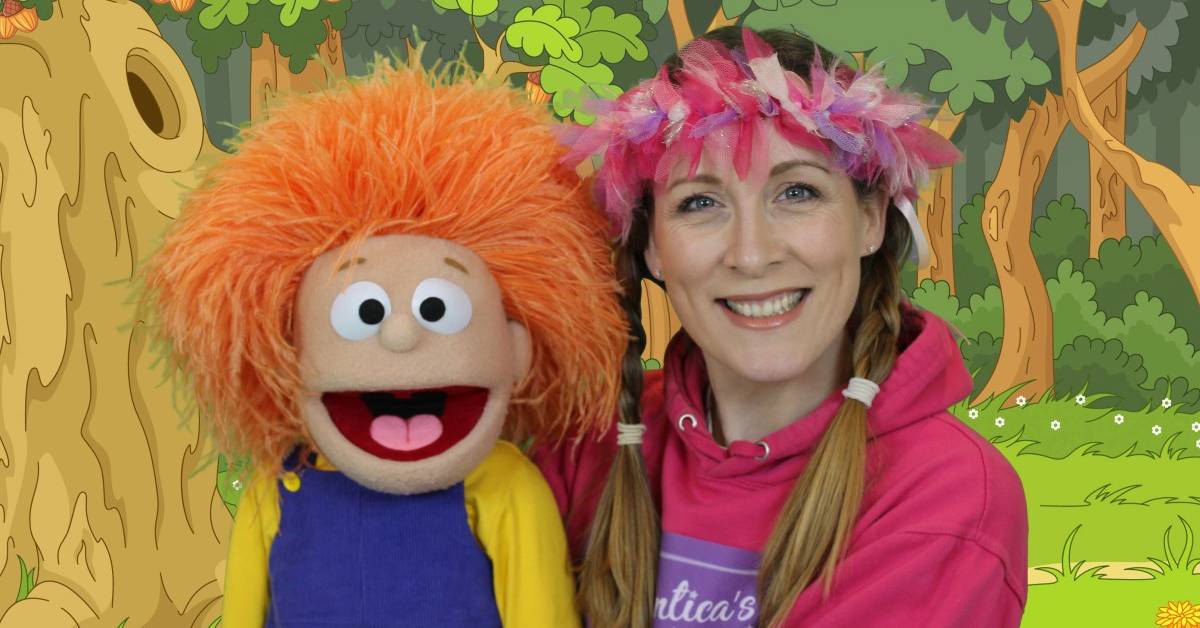 An online class with Suzanne and her puppet Beatie

They involve music, song, yoga, speech and language development, using her drama and children’s performing arts coaching skills and she even took them online during the pandemic.

Buzzing with ideas, I could see Suzanne’s eyes light up as she told me about what she would like to do next.

“What was amazing about the UCI event is we created a hub in the middle of Harrogate and had this lovely festival vibe where families could come and play, be entertained and connect. I think it would be lovely to have something like that again.

“So I’m looking to work on some sort of family wellbeing festival.

“Harrogate BID and Harrogate International Festivals are so on board with that kind of vision, it’s just a really exciting time for the town.

“I feel like this Christmas is just the start of a lot more magic. It’s been such a great success and families are enjoying it so much, why would we not want to make more?”

And on this festive note, Suzanne revealed that the elves would be helping at the Harrogate Christmas Fayre in the town centre, which launched on Friday.

“The elves will be there to help guide people if anyone has any questions and to just have a bit of a chat with the kids.

“If someone doesn’t know where something is, they can ask the elves, who are all theatrically trained or are specialists in children’s theatre.”

When Suzanne isn’t heading up a team of elves, she is diving into her warehouse full of a vast array of costumes and props – and lots of glitter – ready to make someone’s wish come true.

Requests have included everything from a lavish Halloween house party, which Suzanne brought to life at a family’s home upon their return from holiday, to a child’s Worst Witch-themed party in a village hall.

When it comes to adventures, it’s safe to say, Suzanne never knows what she is going to do next.

“People ask what I do and I say I’m a fairy, which is met with a laugh.

“But I do think I make magic as we do bring ideas to life, whatever they may be.

“What I love to do is help people shine bright. That’s what my purpose is.”