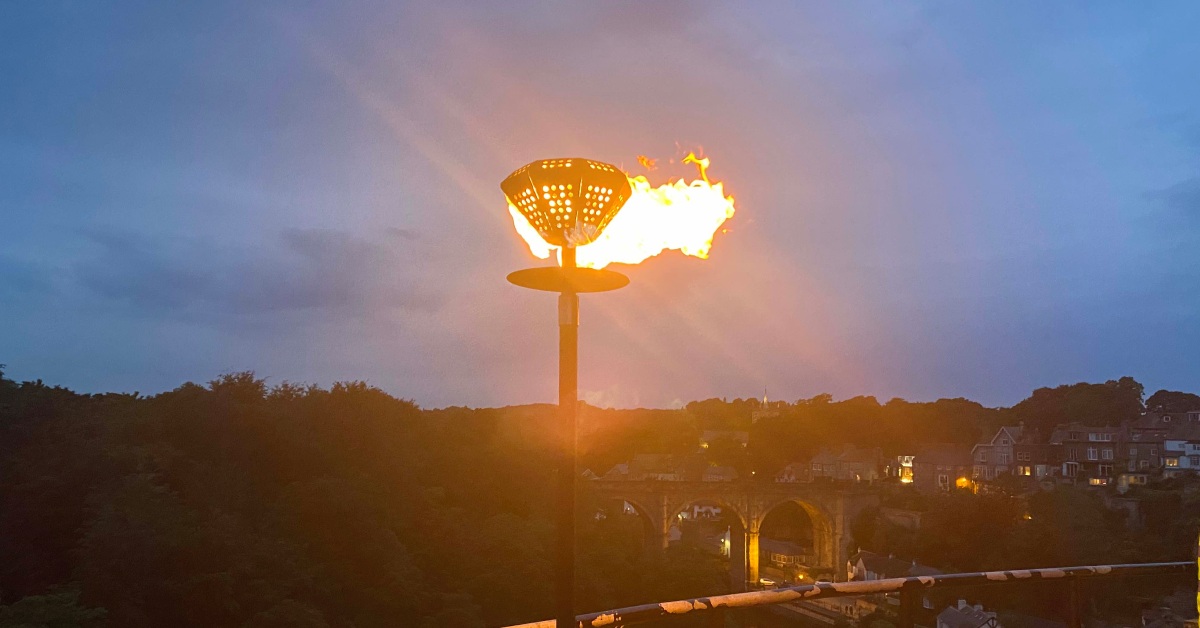 The Jubilee beacon at Knaresborough Castle lights up the Nidd Valley

Knaresborough Castle, a once mighty fortress for medieval kings, was lit in red, white and blue last night as around 800 people gathered to watch the lighting of a jubilee beacon.

Minutes before the beacon was lit on the dot of 9.45pm, the town crier, Roger Hewitt, made a proclamation of loyalty to the Queen.  The crowd cheered as he called out “God Save The Queen”.

The Mayor of Knaresborough, Kathryn Davies, then lit the beacon which was one of 3,500 across the world. You can watch the historic moment in this video.

Cllr Davies said it was wonderful to be a part of the event:

“It is an absolutely unique privilege and great honour in my first term as councillor and mayor.

“Having been to the Platinum Jubilee service at Ripon Cathedral this morning on behalf of the people of Knaresborough, it was a great pleasure to do something with the people themselves here tonight.”

Ripon too saw a big turnout for the lighting of its beacon with an estimated two and a half thousand people in Market Square. 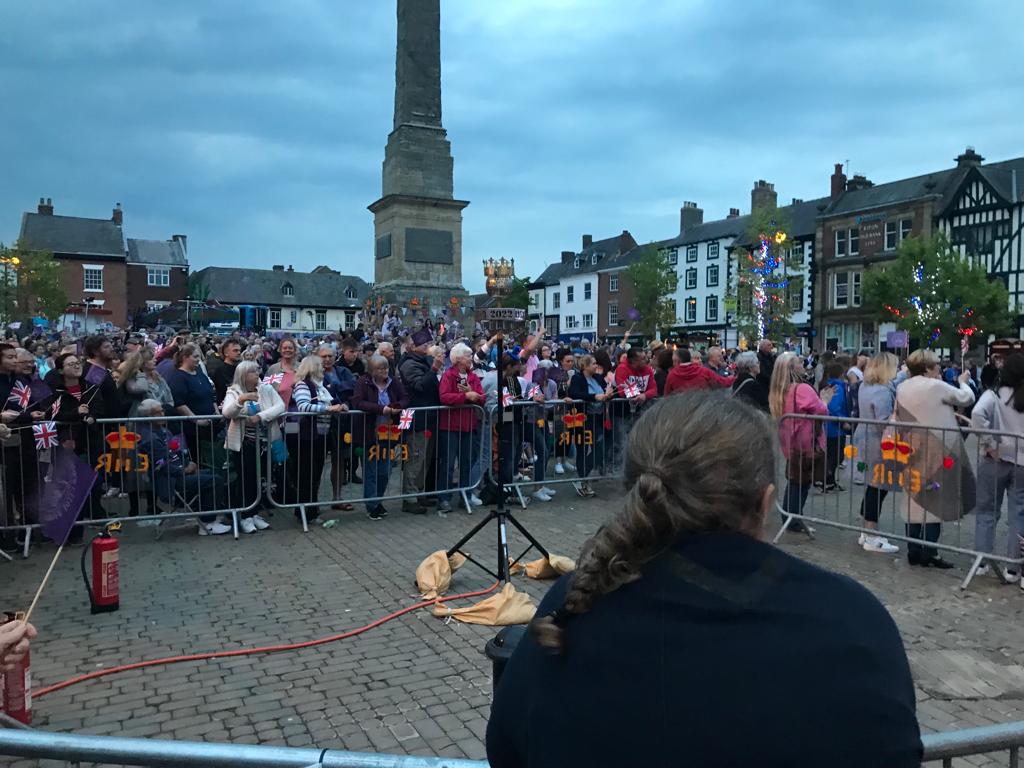 Above: The stage is set for the jubilee beacon to be lit 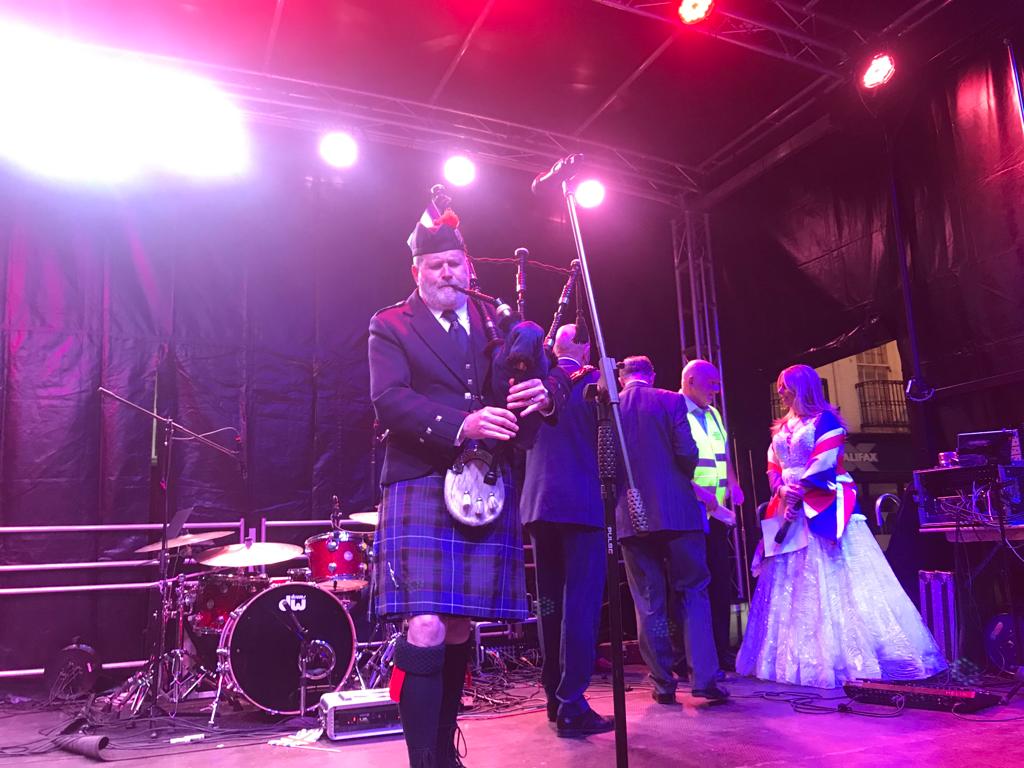 Above: Bagpipe player, Graham Hall, plays as a prelude to the lighting of the beacon

The beacon was lit by the Deputy Lord Lieutenant of North Yorkshire, Dean John Dobson who was accompanied by the Mayor Ripon councillor Sid Hawke — pictured below.

Ripon’s beacon had a burner head in the shape of a globe, representing the countries of the Commonwealth, surrounded by a crown. 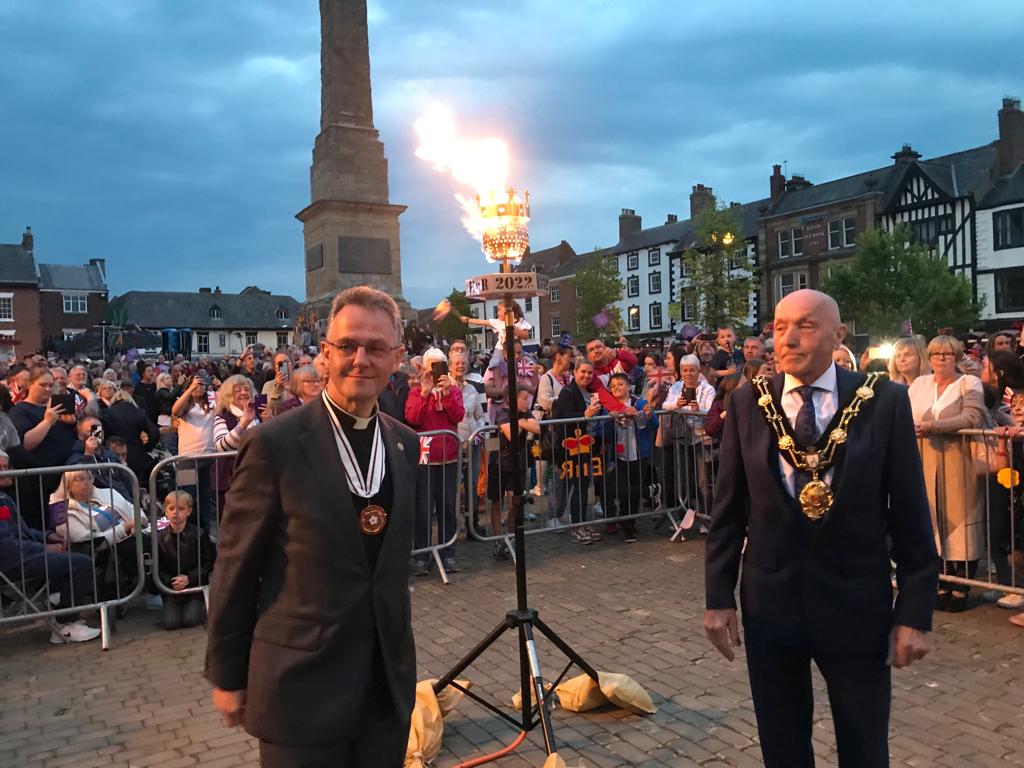 These two historic venues were not the only places across the district to light a beacon. 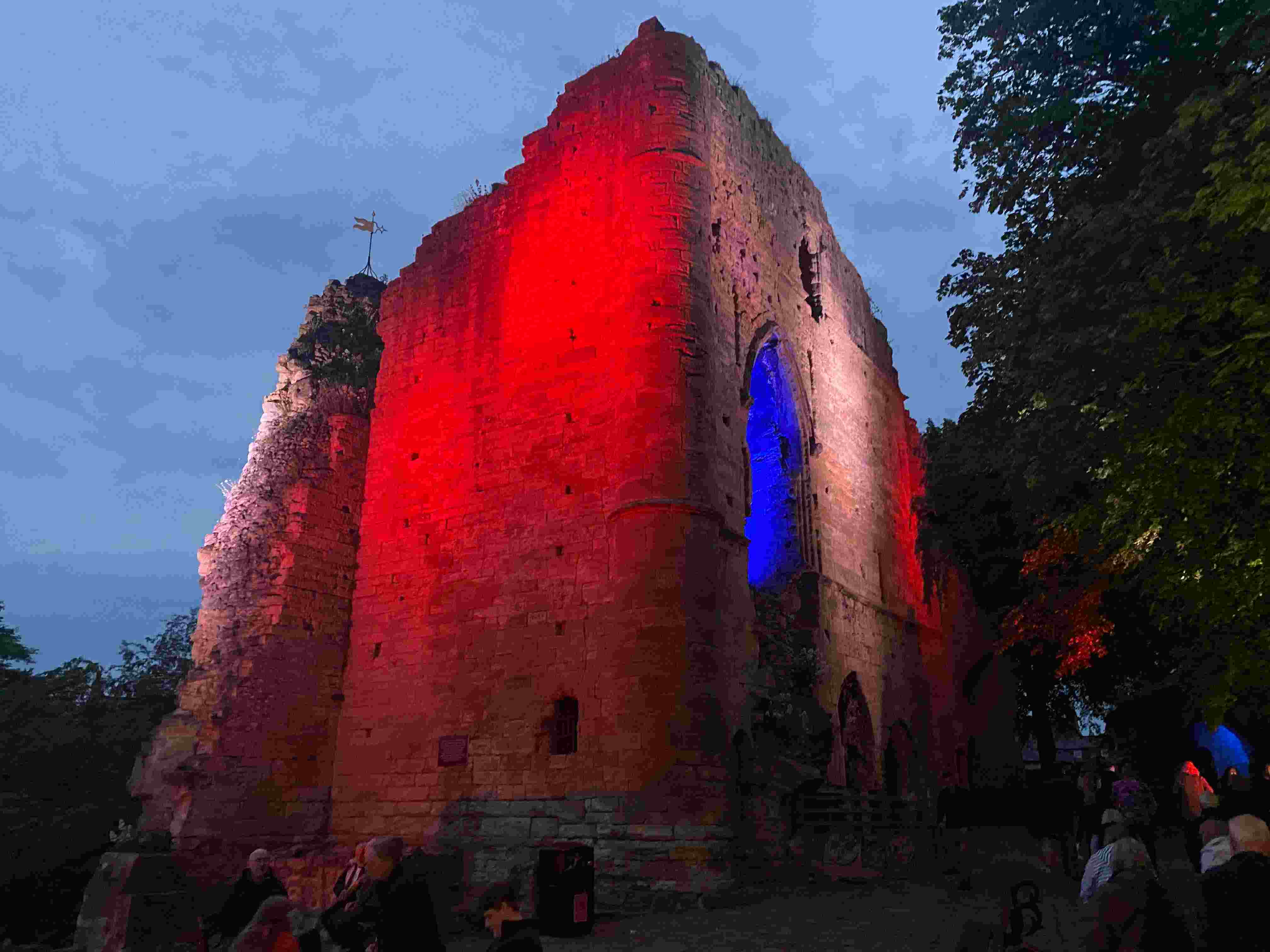 Above Knaresborough Castle resplendent in red, white and blue and below the crowd get into the spirit of the weekend 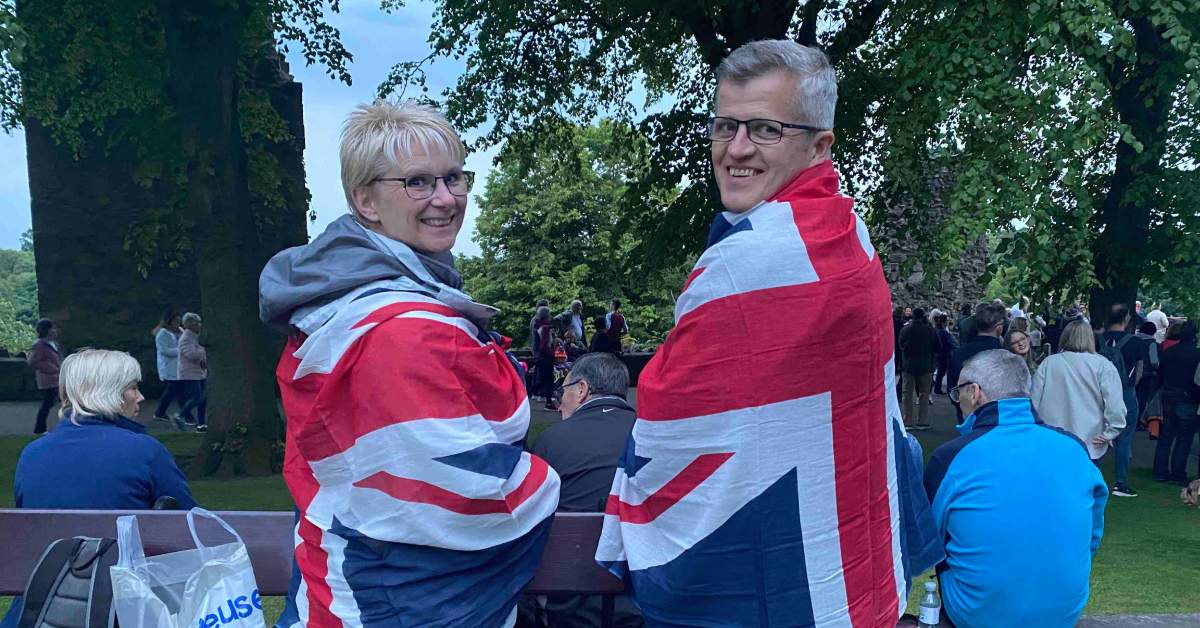