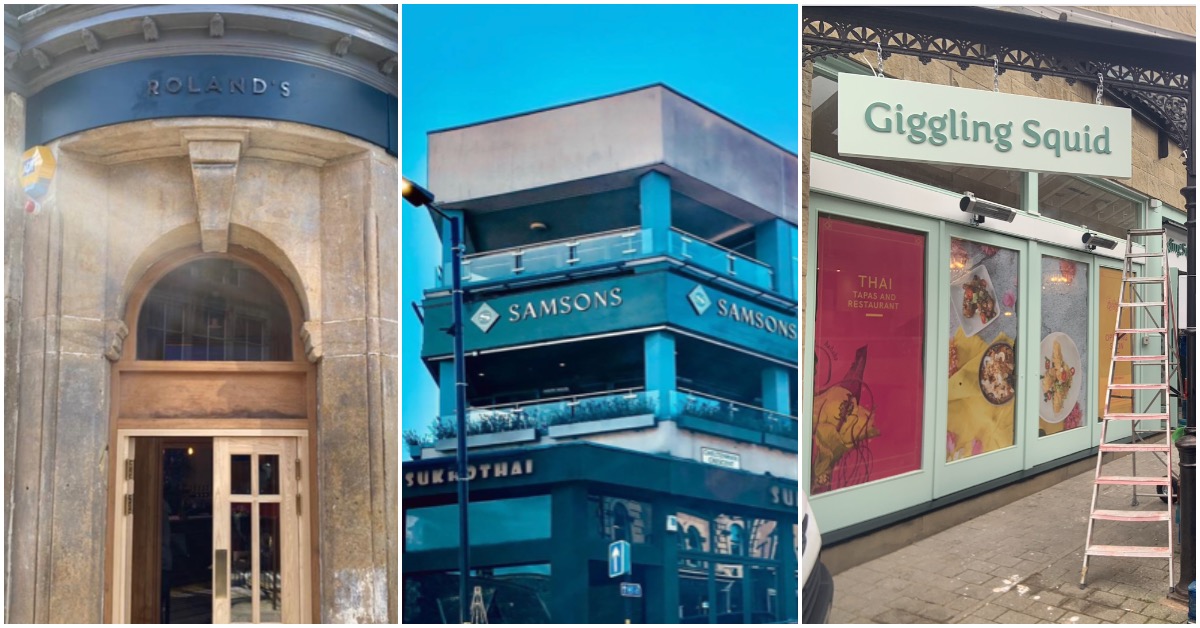 Three new restaurants and bars are set to open in Harrogate town centre within the next few days.

Roland’s Bar, Samsons brasserie and The Giggling Squid restaurant are all set to add to Harrogate’s already-extensive hospitality scene.

Some locals may recognise Roland’s from its current venue in Leeds. The cocktail bar is owned by the same people, who also run the Domino Club in Leeds.

Based in the former Moss Bross shop on Parliament Street, it promises a “cool and relaxed” vibe.

Roland’s is open for bookings from tomorrow and is based on the top corner of the ginnel next door to All Bar One.

Samsons is a brasserie-style restaurant opening in the former Bistrot Pierre, above Sukhothai on Cheltenham Parade.

The kitchen team is headed up by executive chef Josh Whitehead, who is known for his work with the Harewood Food and Drink Project. He was also a semi-finalist on the TV programme MasterChef: The Professionals 2016.

The site — named after local philanthropist Samson Fox — will open on Monday.

Giggling Squid will welcome its first customers in the unit next to Banyan on John Street on Monday.

This will be the Thai restaurant chain‘s first venture in Yorkshire.

The tapas restaurant will offer the opportunity to eat indoors, outdoors or at home through click and collect and delivery services.

Look out for sneak peeks of new venues in the coming days.