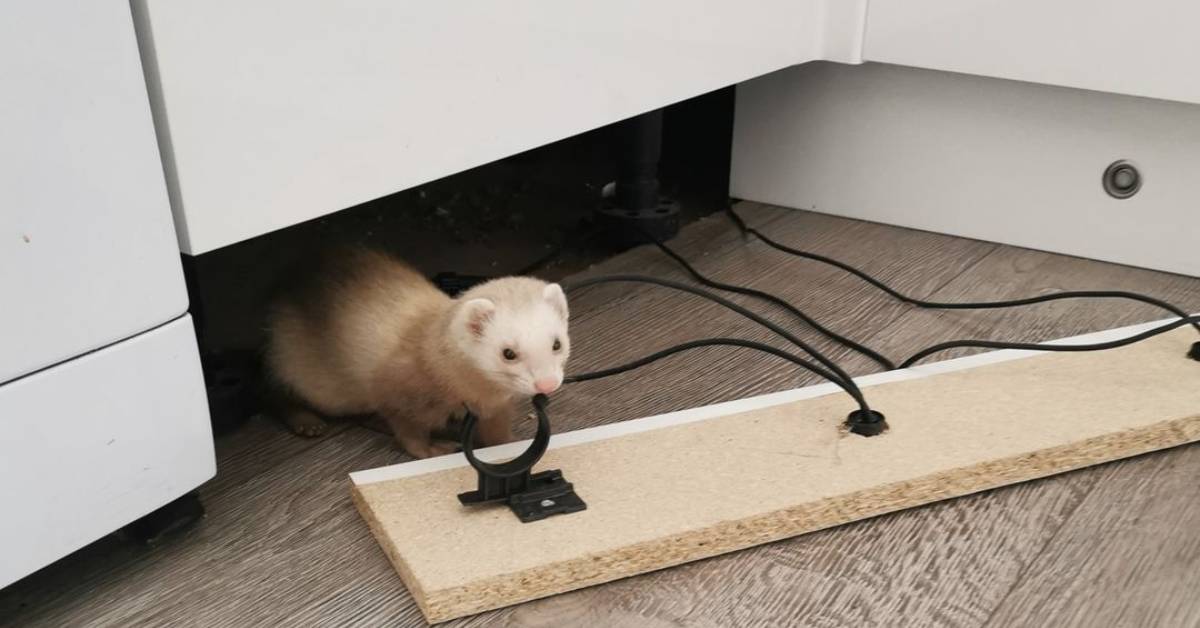 A video of a stray ferret in a kitchen in Harrogate has gone viral, having attracted 210,000 views on TikTok in two days.

Ashleigh Wilson feared there was a rat in the kitchen when her family returned home from walking the dog on Sunday to hear scratching behind a kick plate.

With the dog going berserk, she armed herself with a broom and set about recording the incident as she slowly removed the plate.

“I thought it was going to be a rat so I was shocked when it turned out to be a ferret. To have a ferret in my kitchen is about the most Yorkshire thing that could have happened.”

Ms Wilson contacted a ferret welfare organisation, which advised her to temporarily home the rodent in a high sided box containing meat and a blanket.

She did this and posted appeals on social media to find the owner. The posts were shared and shortly afterwards a neighbour a few doors down in the Jennyfields area of Harrogate got in touch to claim the creature.

It is believed the ferret escaped its enclosure, scurried down the road and entered the Wilsons’ home through a back door left open for the dog.

It isn’t the first time Ms Wilson, a cleaner, has discovered a strange creature in a house.

“I once found a frog in a house that I was cleaning,” she said.