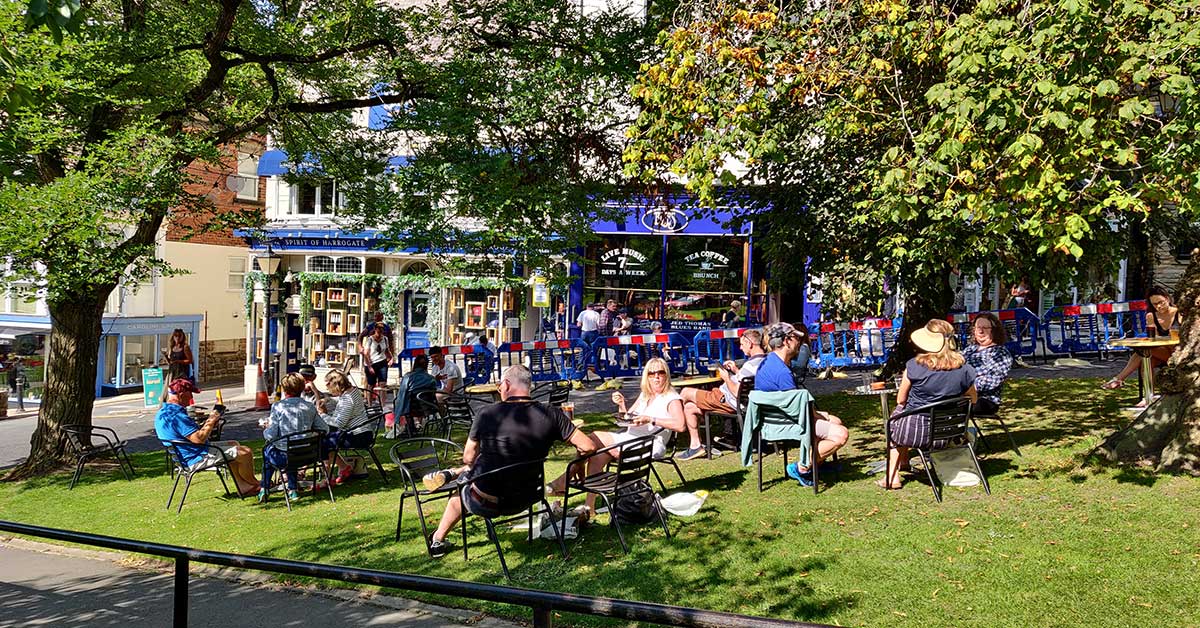 Time is running out for Harrogate bars hoping to use the Stray for outdoor dining as the debate rumbles for another week.

Andrew Jones MP reignited hopes two weeks ago by sending a letter to the Duchy of Lancaster, the land owners, but the outcome has left the bar owners disappointed.

The Blues Bar, The Empress and Fashion House Bistro were all hoping to capitalise on the Stray space outside their businesses from April 12.

However, indoor dining is returning on May 17 so Trish Campbell, manager at the Empress, feels that they will likely miss out on the outdoor dining window.

She told the Stray Ferret today:

“This has completely missed the point. We have still got another three weeks but we are really missing out on a good opportunity.

“For some reason we have not had any help. So we are extremely disappointed and upset.”

In a letter to Andrew Jones MP, the chief executive at the Duchy of Lancaster Nathan Thompson said:

“If the proposals are not permitted by the Stray Act, Harrogate Borough Council would be in breach of its management obligations in implementing them.

“We therefore suggested to the council that they might seek advice regarding compliance before finalising its proposals.

Andrew Jones MP forwarded the response to the owners of The Empress and Blues Bar and told them:

“The council rejected taking legal advice and doing the required engagement because by the time this costly work had been undertaken it would be well past the return of indoor hospitality.

“The council have assured me that they were ready to licence limited use of the Stray. I wanted to see an equally flexible response from the Duchy of Lancaster.

“Instead they have quoted the Stray Act and declined to give a view on whether they support use of the Stray in this manner.”