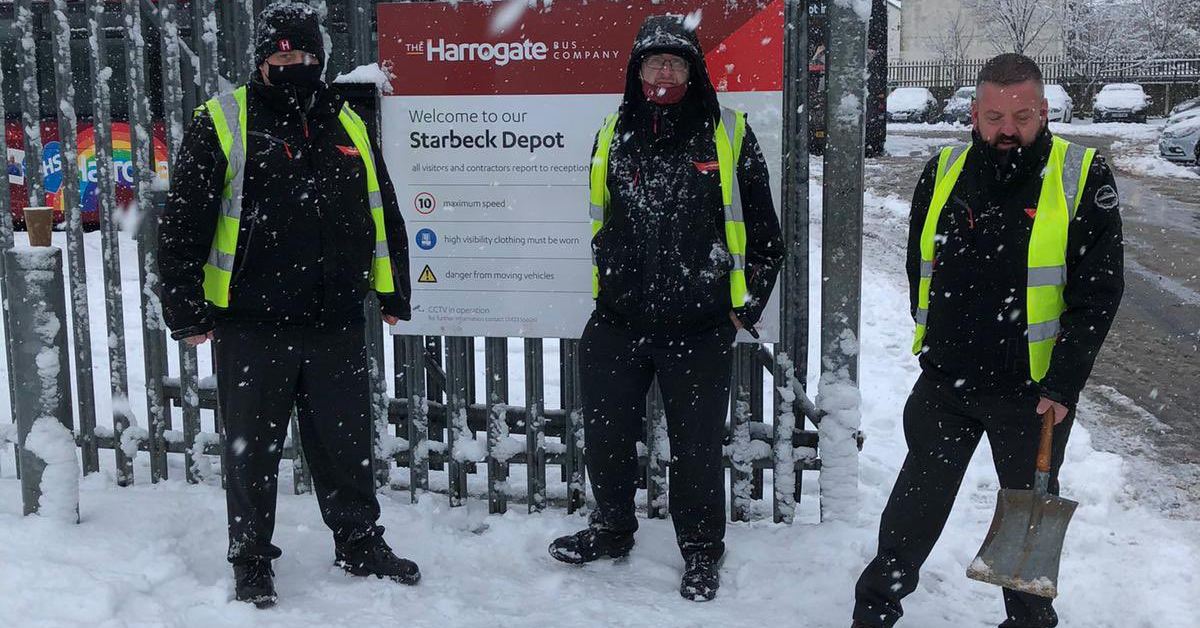 Freezing temperatures after yesterday’s snow are continuing to cause problems in the Harrogate district.

Overnight temperatures plunged as low as minus 12 degrees centigrade in some parts of North Yorkshire and a Met Office yellow warning for ice remains in place until 11am.

This has caused problems for motorists, travel companies and some venues that have remained open during the lockdown.

The Harrogate Bus Company said this morning it was unable to operate the 2A/2B – Bilton; 3 – Jennyfield; 6 – Pannal Ash; 8 – Knaresborough to Wetherby and the 24 – Pateley Bridge.

It added the 1 would operate between Harrogate, Starbeck and Knaresborough bus station only, saying it was still unable to reach the Knaresborough estates.

And the 21 will be a non-stop service between Boroughbridge and Knaresborough on the motorway.

However, the 36 is running its full route from Ripon to Leeds.

Gritters have teated main roads but North Yorkshire County Council has warned the reduced lockdown traffic could make it less effective and many minor roads are treacherous.

The council also tweeted its household recycling centres in Harrogate and Ripon will open late today due to the weather.

RHS Harlow Carr remains closed today, as does Fountains Abbey, near Ripon. Both are offering refunds.

No further significant snowfall is expected and temperatures are forecast to rise slightly over the weekend. 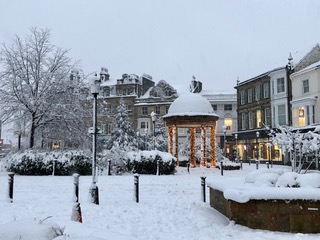 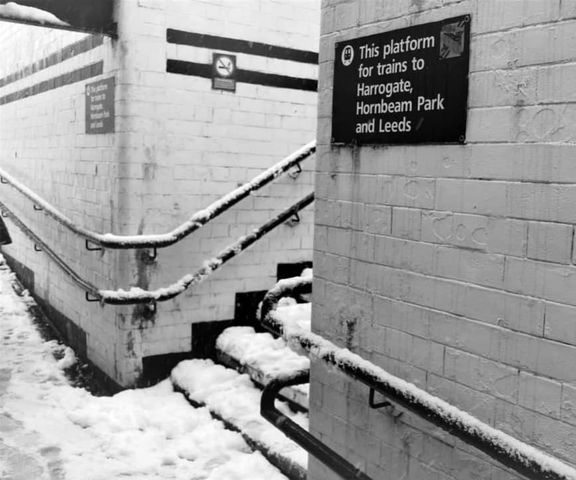 Alice Brooke Thwaites captured this image of the impact of the snow at Starbeck train station.