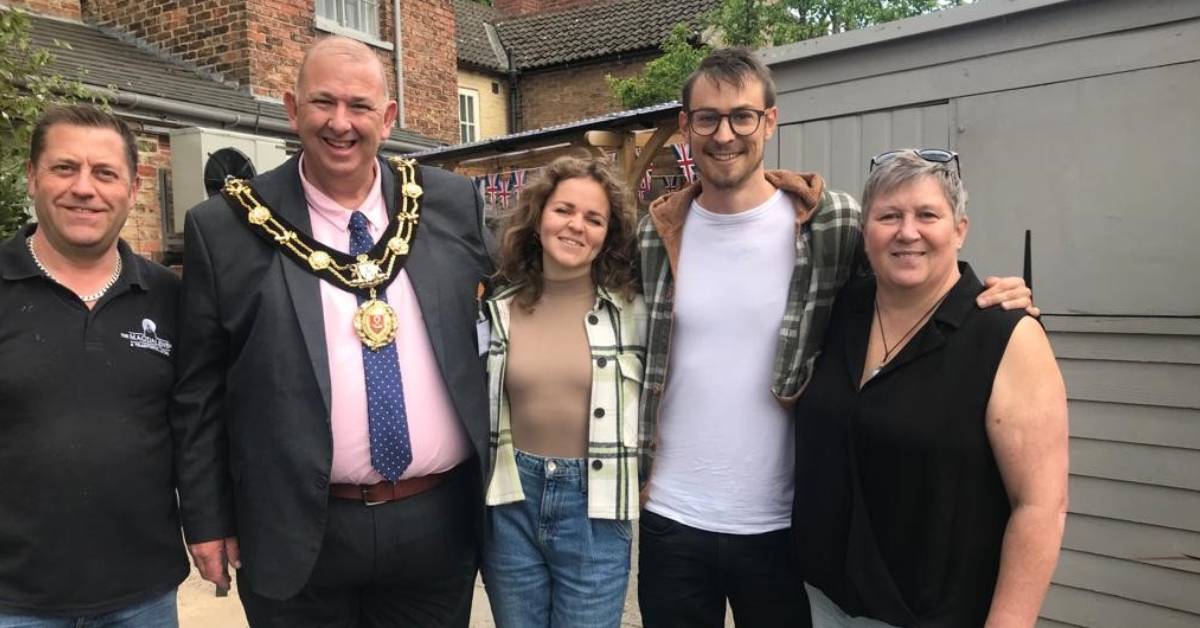 Tanya Bogdanovska and her partner Lewis Edwards, are pictured with, from the left: Nigel Guy, Mayor of Ripon Eamon Parkin and Lewis's mother Ali

After receiving a hero’s welcome from the mayor of Ripon, Ukrainian Tanya Bogdanovska is looking forward to rebuilding her life in the city.

Councillor Eamon Parkin, along with his consort Nigel Guy, greeted Ms Bogdanovska, her partner Lewis Edwards and his mother Ali, at The Magdalen’s pub.

To a round of applause, he spoke of the heroism of the young couple who have captured the hearts and minds of the Ripon community.

In her first media interview, Ms Bogdanovska, who made the long journey to seek sanctuary in the UK with support from her partner and his family in Ripon, told the Stray Ferret:

“All of the time, I think about Ukraine and the ongoing suffering of the people there facing Russian aggression and cruelty.

“Thankfully, members of my family managed to escape the attacks on Zaporizhzhia and move to a safer part of the country, but I have friends who didn’t make it.” 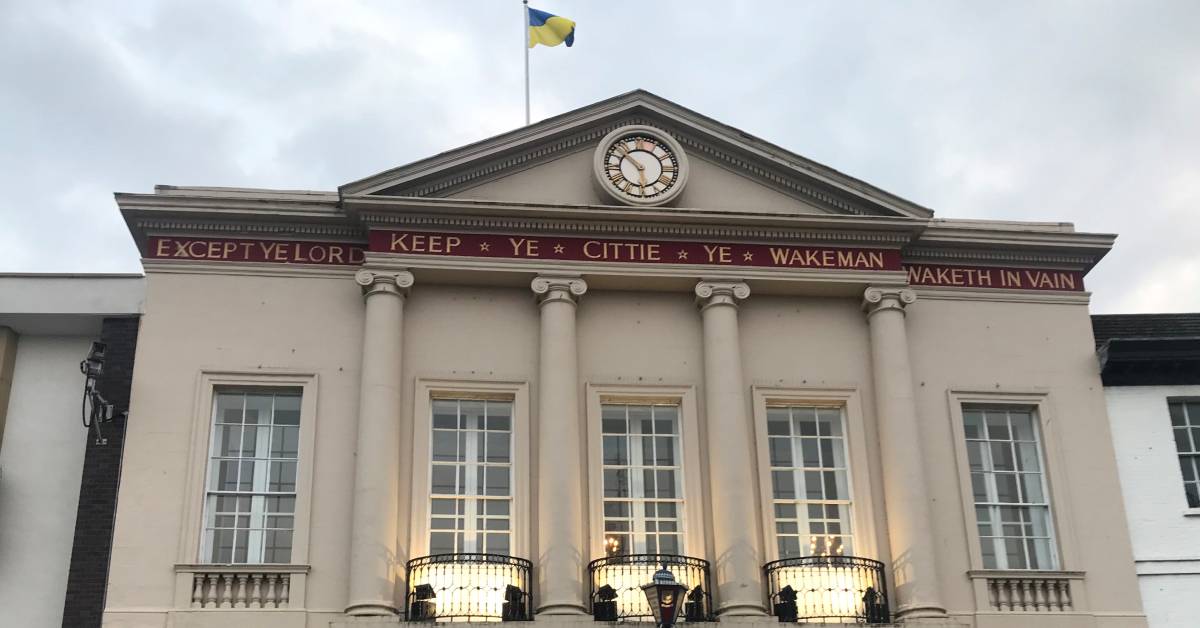 The flag of Ukraine has been flying over Ripon Town Hall in a show of solidarity.

The 31-year-old graphic design teacher and illustrator, who left Kyiv on February 25 as Russian troops began their invasion of Ukraine, became a refugee overnight.

“On February 24, Lewis and I were teaching children and the next day we were fleeing for our lives, heading for the Slovakian border.”

Having made the 500-kilometre journey on roads packed with cars and coaches carrying  women, children and men over the age of 60 to the safe haven of a NATO country, they and eight friends set up a shelter to help fellow refugees following on behind them.

The shelter was set up largely through the generosity of Ripon people, who read of their plight on the Stray Ferret and dug deep to donate more than £20,000 to a gofundme page launched by Lewis’s family,

Before setting up the page, they received invaluable advice from Nicola David, chair of Ripon City of Sanctuary.

“Tanya and I stayed for as long as we could in Slovakia but, as we were officially refugees ourselves, there was a limit on the time we could be there.

“However, we and our eight friends were able to help those on their journey to seeking sanctuary and people who were left trapped in Ukraine, by providing vital supplies such as medicines and sourcing military ambulances.

“It was a surreal situation to find ourselves in, but we knew we had to do something.”

Since his recent return to Ripon, Mr Lewis and Ms Bogdanovska have been welcomed with open arms everywhere they go. She said:

“We are grateful for the kindness and love that we have received and are moved by the support being given to my countrymen and women who remain fearless in their fight against the Russians.”

As part of getting her life back on track, Ms Bogdanovska is seeking employment from any local company that may be looking for a graphic designer and illustrator.