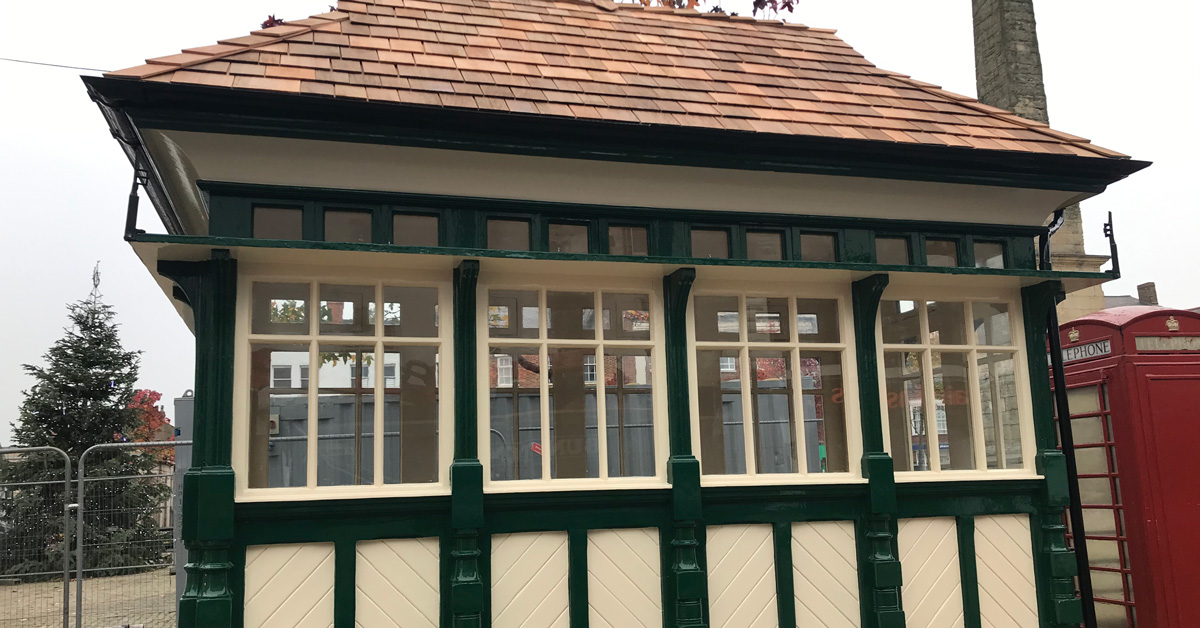 A rare building that is part of Ripon’s heritage has been damaged by vandals.

The cabmen’s shelter — a Grade II listed structure – dating back to the days of horse-drawn transport — was the target.

The shelter was recently refurbished and returned to Market Square at a cost of £22,000

“It’s enough to make you despair.

“We are doing our best to get ready for the easing of lockdown, by making the city more attractive for residents and visitors,

“Now we have suffered another mindless act of vandalism that detracts from all of our efforts.”

A window in the shelter was broken yesterday and Cllr Williams, along with the Mayor of Ripon, Councillor Eamon Parkin, carried out a sweep-up after being alerted to the incident.

The window was temporarily boarded up and the broken pane will be replaced shortly. 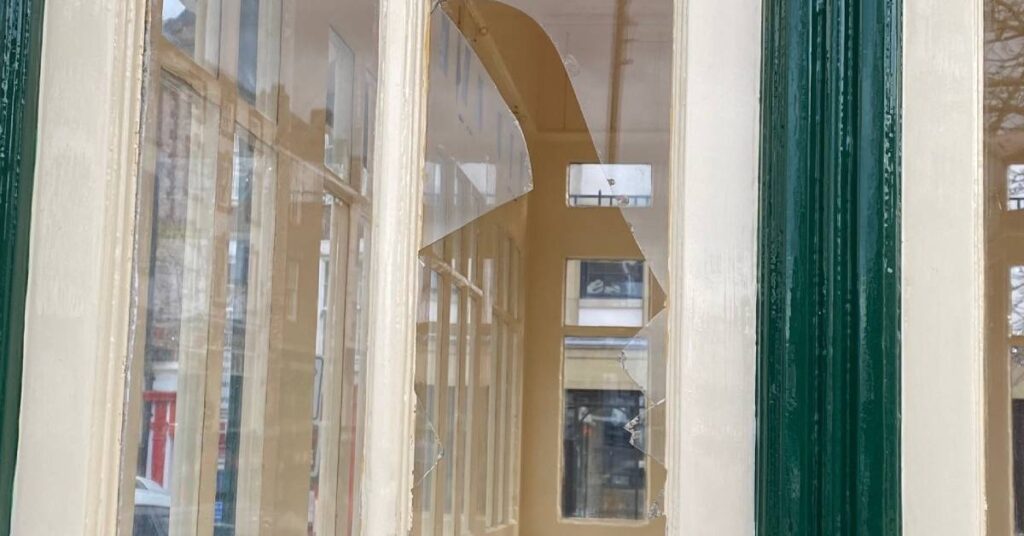 Police have been informed and Cllr Williams said:

“I hope the person or persons who did this were picked up on CCTV cameras covering the square.”

Yards away from the shelter, a broken window at the Tourist Information Centre in Ripon Town Hall remains boarded up, after being vandalised in December.

The city council, which has responsibility for the upkeep of the cabmen’s shelter, is waiting for landlord Harrogate Borough Council to repair the Tourist Information Centre window.

There has been a spate of vandalism in Ripon during the covid lockdowns.

Windows at premises including the Ripon Cathedral office, shops in Westgate and Fishergate and a public house in High Skellgate, have been smashed.

In recent weeks, police patrols, particularly at weekends, have been stepped up in a bid to tackle a rising tide of violent and anti-social activity.

City councillors have called for action on policing numbers and also said they will join forces with the police to crack down on crime in the city.