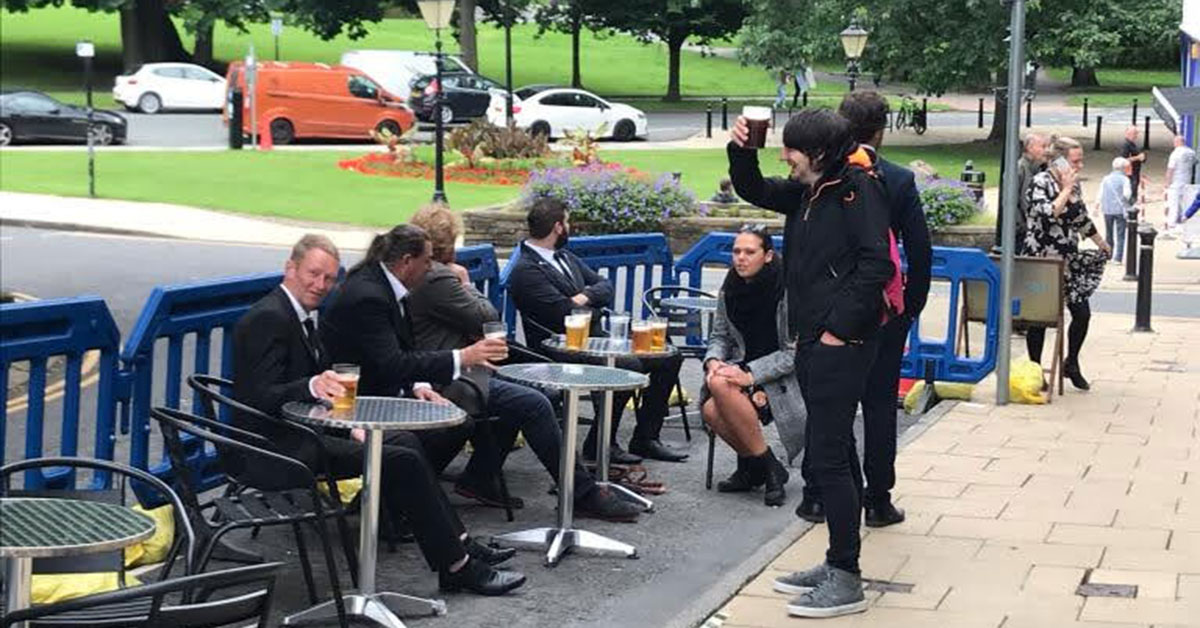 Pubs and restaurants have been responsible for hardly any covid outbreaks in North Yorkshire, according to the county’s public health director.

Dr Lincoln Sargeant said there had been “very few instances” of coronavirus spreading between customers in the hospitality sector.

He also said schools and workplaces had been responsible for few transmissions. The main source of spread, he said, was households.

Speaking today at a press briefing of North Yorkshire Local Resilience Forum, which is a partnership of agencies that tackle emergencies, Dr Sargeant said:

“We have had very, very few instances of pubs where there has been outbreaks and spread to customers. It has largely been staff members that we have picked up.

“The predominant spread in North Yorkshire is between households.

“Our school heads and the teams supporting them have done a brilliant job of keeping schools safe from spread of covid. We are in contact with our care homes on a daily basis.”

Harrogate has the highest weekly rate of infection of the seven districts in North Yorkshire, with 116 cases per 100,000 people. It also has the highest cumulative number of cases, which stands at 1,473, mainly because of its size.

Dr Sargeant said this could partly be due to the district’s high number of care homes.

North Yorkshire is currently classed in the lowest of the three tiers that were introduced this week, which means it continues to follow only national measures, such as the rule of six and 10pm curfew.

But neighbouring West Yorkshire is in the second tier, which bans different households mixing and socialising indoors.

This has led to fears some people may decide to cross the border into North Yorkshire if pub closures are imposed in West Yorkshire.

Superintendent Mike Walker, gold command for North Yorkshire Police’s response to covid, said the force would be prepared to police those coming into the county.

“We will just have to see what the impact is of other areas being in the higher tiers and what impact it will have on us.

“It is the minority who decide to throw caution to the wind and breach those restrictions. Absolutely, we will be ready to deal with those individuals.”

Some northern mayors, such as Andy Burnham in Greater Manchester, have criticised the government for a lack of consultation.

But Richard Webb, director of adult care at the county council, said it had been well consulted by the UK government:

“We are in constant conversation with different arms of government and there is no one single point of government.

“I can only speak from our own experience. We have been involved in discussions all along the way and that feels quite productive and helpful. We are in a national emergency so things will move at quite a quick pace and in that situation you can’t necessarily consult with everyone.”