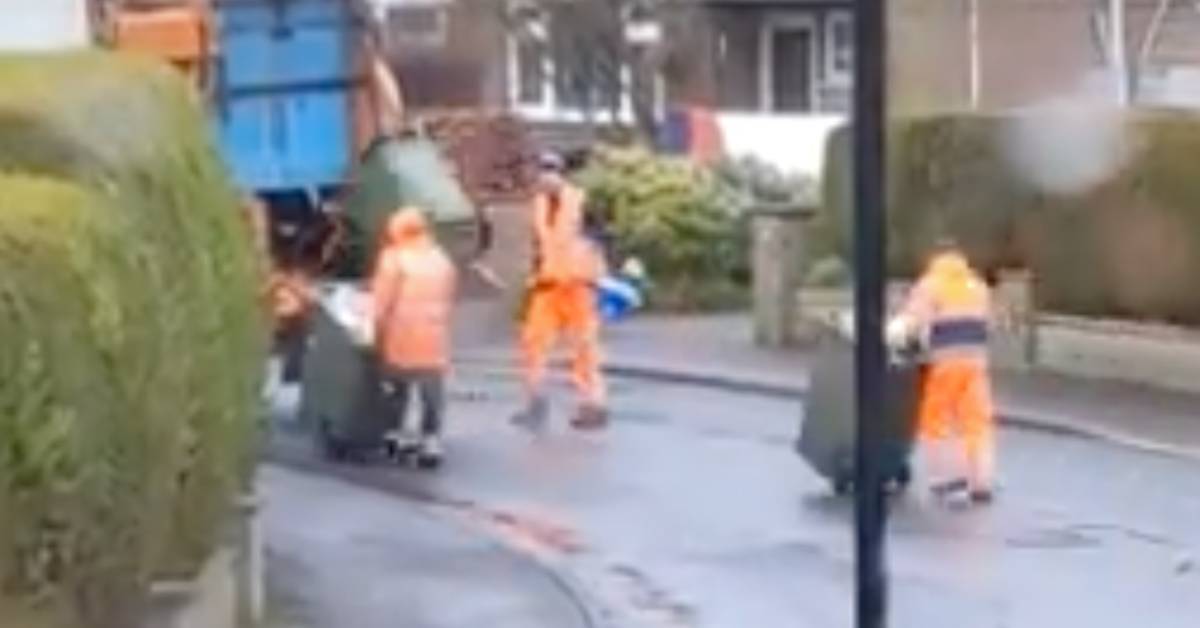 A screenshot from the video

A video sent to the Stray Ferret appears to contradict Harrogate Borough Council‘s claim that its fleet of bin wagons can not accept wheelie bins for recycling.

Currently, residents in the Harrogate district use blue bags to recycle paper and card and lidless black boxes for tins, plastic and glass.

In some other areas of the country, people use large wheelie bins for recycling.

Today’s storm has once again see recycling left out for collection blown across streets, prompting some residents on social media to call on the council to introduce wheelie bins.

A spokesperson for the council said this month this was not possible. They said:

“Another challenge we would need to overcome is the wagons used for collection. At the moment they cater for black boxes so any change would require adaptation of the fleet.”

However, the video, which was taken in Harrogate this week and sent to us by a resident, shows council workers emptying recycling from black boxes into garden waste wheelie bins and then into the refuse trucks.

There is no suggestion of any wrongdoing by the bin workers, who are clearly carrying out their jobs efficiently.

After showing the footage to the council, a spokesperson said it operated 10 bin lorries and only two could operate wheelie bins.

Writing today on the Bilton Community Group Facebook page, Matt Scott, the Conservative councillor for Harrogate Bilton Woodfield, explained why the council prefers to use black boxes over wheelie bins.

“When recycling is processed the clean plastic etc. is sold on with the money raised going into council services. Dirty recycling has to go to landfill as it can not be processed. In Harrogate less than one per cent of our plastic goes to landfill. Much of this is down to us all cleaning the recycling before it goes into the box.

“Councils that use wheelie bins have much higher landfill rates often of around 15%. Recycling wheelie bins are often treated simply as bins with the contents not cleaned before being put in. This means higher costs for the council and more landfill waste. I do not want to see either of that happening locally.

“The issue is not as straightforward as it may seem. Any changes would require significant expense for the bins themselves though also changes to how it is collected. This may mean new vehicles, changing routes and working patterns for existing refuse collectors. Any change to bins I would expect to be trialled first in certain areas to see if our excellent plastic purity rates are maintained. If they are not we would be spending money to lose even more money and send more to landfill.”