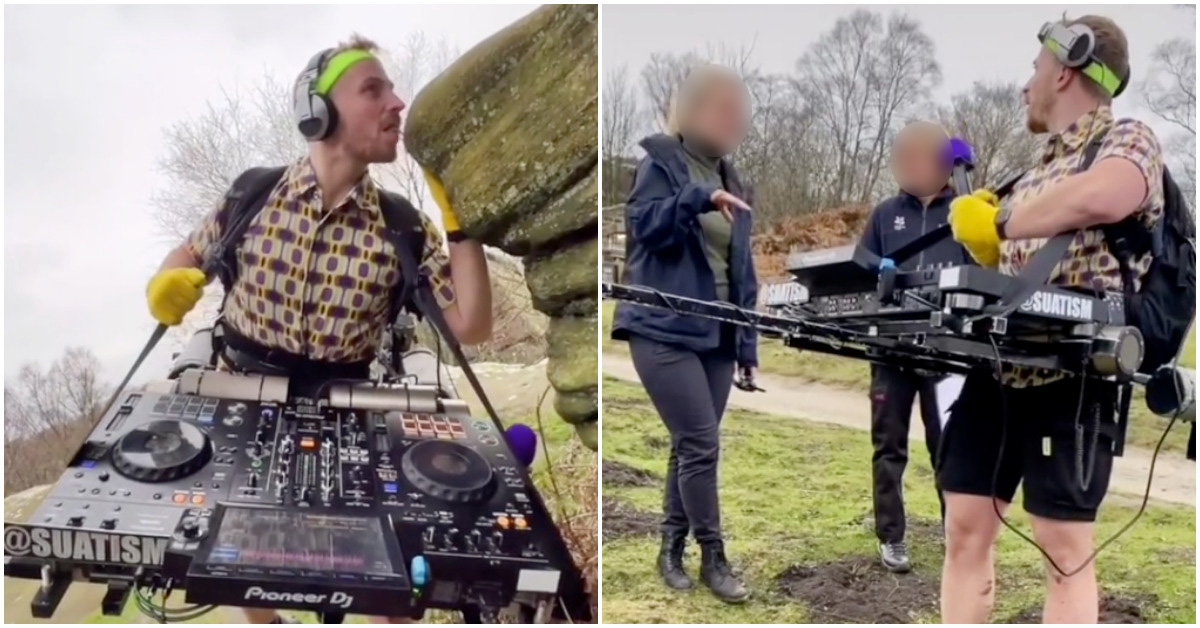 DJ Zach Sabri, who is better known as SUAT on TikTok.

Brimham Rocks has gone viral in a bizarre TikTok video in which National Trust staff tell a mobile DJ he is unable to film there.

DJ Zach Sabri, better known online as SUAT, claims he is “just trying to make the world dance” — something he seeks to do by blasting out rave music in unusual places.

His latest video, which appears to be his most successful yet with more than one million views in just 24 hours, sees the DJ dance and sing in precarious places at National Trust-owned Brimham Rocks.

He also appears to lick one of the rocks.

Soon though two National Trust staff, who look taken aback by Mr Sabri, ask if he has permission to film before explaining he would need an activity licence.

In the interaction which ensues the TikTok star asks: “I am just wondering what you categorise this as?” That question gets the response: “well, I don’t know.”

The DJ appears to relent in the end as he tells staff he will leave — although, he ignores their warning not to play music or film on the way out.

TikTok is a social media app popular with young people. The National Trust may not have welcomed DJ SUAT’s appearance but his video will have introduced a lot of people to Brimham Rocks, which is near Pateley Bridge.