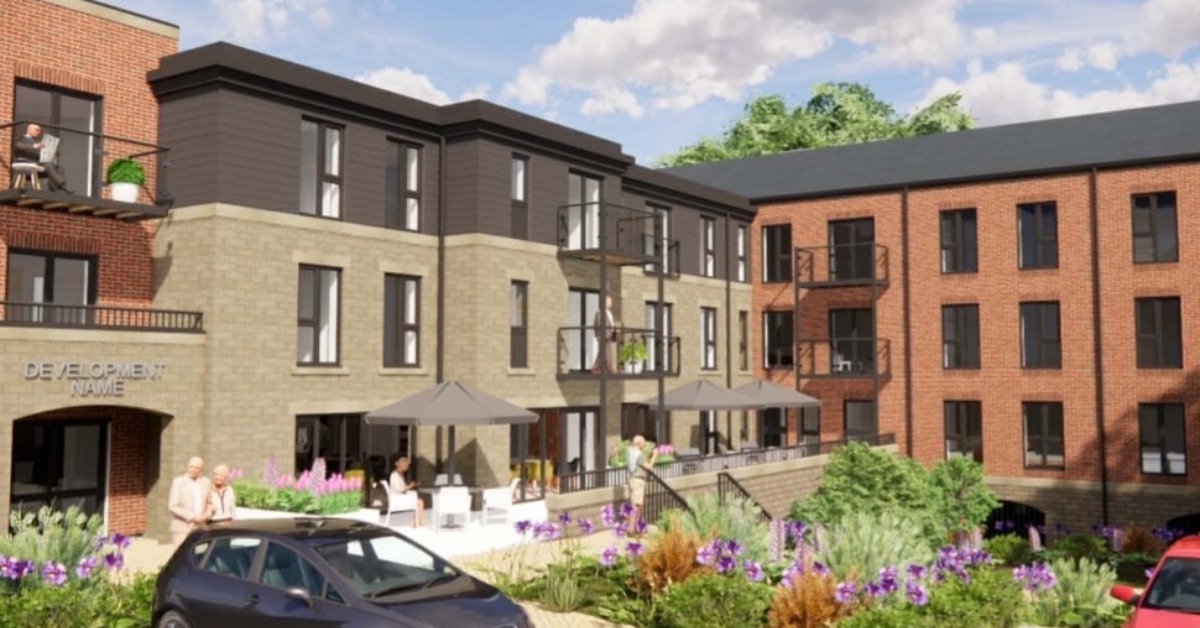 A bid to build a retirement complex in Knaresborough has failed for the second time after concerns were raised over the impact on “massively stretched” health services.

Harrogate Borough Council’s planning committee has today deferred a decision on the latest proposals for 61 extra care apartments near Grimbald Bridge on Wetherby Road after previously refusing the development a year ago.

It follows an objection from the NHS North Yorkshire CCG (Clinical Commissioning Group) which said it was “extremely concerned” that another care facility could increase the elderly population and “overload” local services.

The CCG said in a letter:

“This proposal for a new care facility is not something the local population are in need of, and is being proposed in an area that does not have healthcare staff or infrastructure available to be able to safely manage these patients.”

Defending the plans, Robert Gaskell, planning manager at the developers Adlington Retirement Living, claimed there is a “critical” need for new care facilities in the area and that the impact on health services would be “minimal”.

He told a meeting today:

“The majority of people who move into these apartments come from the local area.

“Our experience is that 80% of residents actually reside in a 10 mile radius. If these people are currently visiting primary care, then the impact is already occurring.

“This development actually helps solve the problem because there are less visits to GPs because people are getting the care they need and are in a supportive environment.”

Mr Gaskell also said the proposed building had been scaled back from four storeys to three, and also included a new access and footpath upgrades after other concerns were raised.

However, road safety and the risk of flooding has remained an issue for residents and councillors – despite specialists in these areas not raising any objections.

Councillor Phil Ireland, who represents the area on Harrogate Borough Council and Knaresborough Town Council, told today’s meeting that he believed the site was not suitable for any development of this size.

“The site is subject to flooding as witnessed on Sunday, February 20 when some residents of Nidderdale Lodge Park just downstream had to be physically carried out from their properties.

“This site is unsustainable and totally unsuitable for a development of this scale.”

Resident Steve Benn also described the changes in the latest plans as “minimal” and said many locals in the area were against the development.

Mr Gaskell responded by claiming there were no records of flooding at the site, as he also said the proposed widening and resurfacing of footpaths on Wetherby Road represented an improvement from the previous scheme.

“The site has not flooded. There is no record from the Environment Agency of the site flooding.

“Indeed, the site will provide some betterment in terms of flooding as a flood basement will accommodate an additional 600 cubic metres of flood water.

“In terms of the highways impacts, these have been addressed satisfactorily and a road safety audit has been conducted.”

Councillors voted to defer a decision on the plans to allow for more information on health services, flooding and other potential footpath improvements to come forward.

The proposals will be brought back to the planning committee at a later date.